Four US soldiers die in plane crash in Norway 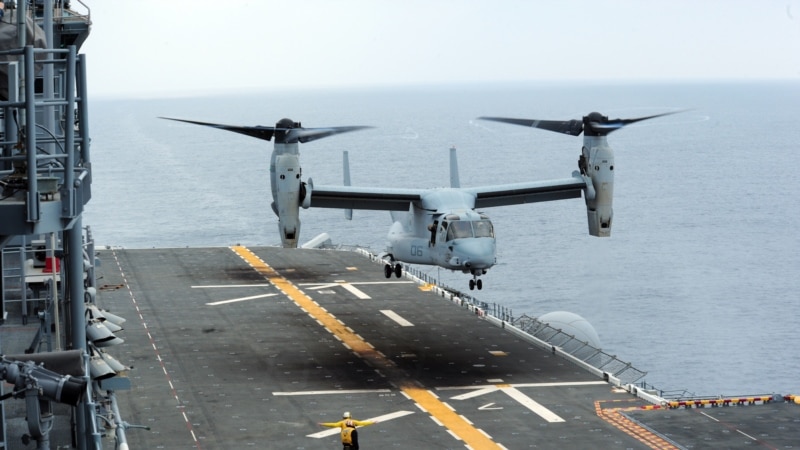 Four US Marines were killed in a plane crash in a Norwegian city in the Arctic Circle during an unrelated NATO exercise in Ukraine, Norwegian Prime Minister Jonas Gahr Stoere and officials said on Saturday. of security.

Stoere tweeted that the incident, the cause of which is under investigation, occurred Friday night. Police said there was bad weather in the area.

“The soldiers participated in the maneuvers Cold Response NATO,” he explained. “Our deepest condolences to the families of the soldiers and their fellow soldiers.”

The United States said the identities of dead Marines would not be released before their families were notified, in line with Defense Department policy.

The aircraft was a US Marine Corps V-22B Osprey, according to the Norwegian military. It had “a crew of four and was participating in a training mission in Nordland County” in the north of the country.

It was heading north to Bodoe, where it was due to land shortly before 6:00 p.m., but crashed in Graetaedalen, Beiarn, south of its destination. Police said the search and rescue operation began immediately. The authorities arrived at the area at 1:30 on Saturday and confirmed the death of the four crew members.

“We can confirm that there has been an incident involving a Marine Corps MV-22B Osprey aircraft,” the institution said in a tweet. “The cause of the incident is being investigated and more details will be provided when they become available.”

Rescue efforts were being hampered by the risk of landslides in the mountains and the remoteness of the location.

Some 30,000 soldiers from 27 countries are taking part in the exercises, designed to prepare NATO members for the defense of Norway.

The exercises began on March 14 and will end on April 1.

Benefits of folic acid for pregnancy, hair and skin | Mirror

Benefits of folic acid for pregnancy, hair and skin | Mirror