The Duke of Sussex made his controversial comments in an Armchair Expert podcast episode with Dax Shepard on Thursday.

‘I’ve got so much I want to say about the First Amendment as I sort of understand it, but it is bonkers,’ Harry said.

It was the second night in a row Hannity attacked Harry for the controversial statements, having blasted him as a ‘right royal pain in the a**’ on his show Monday.

‘So I got a lot of reaction to comments I made last night about Harry. Now, we don’t need Harry coming from England to lecture us on our ‘bonkers’ first amendment that he can’t understand,’ Hannity said during his Tuesday show.

‘You think censorship and suppression of thought is a good thing? You want the government to be able to control what people are allowed to think, believe and say?’ 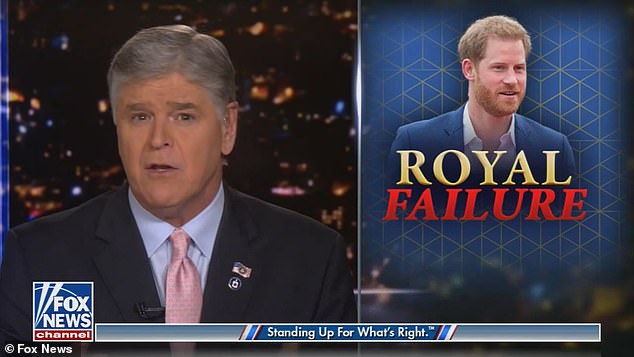 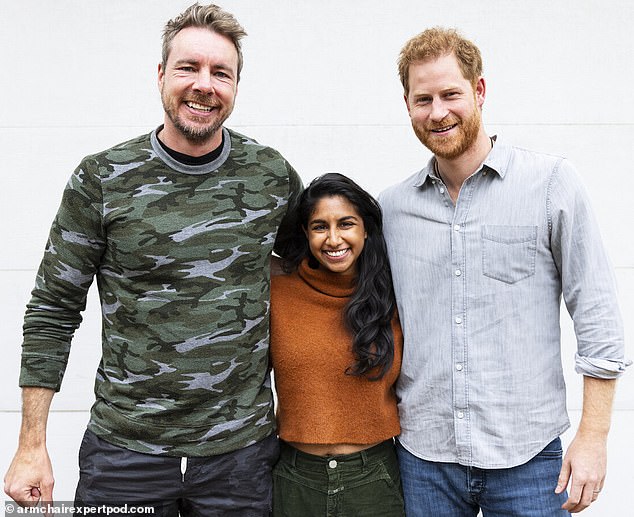 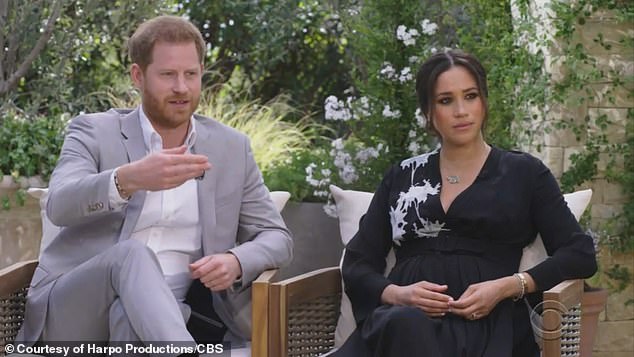 Hannity also hit out at Harry for ‘going after’ Piers Morgan.

‘Let me get this straight: you’re good with your own government? Because after your interview with Oprah worldwide – and Piers Morgan gives his honest comments about it, has a different opinion about it – you actually go after him?’

In the bombshell interview Prince Harry and his wife gave with Oprah Winfrey in March, they both claimed Meghan experienced racism as a royal and even felt suicidal.

Morgan, DailyMail.com’s editor-at-large, said afterward: ‘I’m sorry, I don’t believe a word she said, Meghan Markle. I wouldn’t believe it if she read me a weather report.’

The British journalist left his role as host of ITV’s Good Morning Britain on March 9, after refusing to back down on his comments.

‘You also leave it totally unclear who in your family made the so-called racist remarks about your son, which by the way you have the freedom under the First Amendment to do here, and then you think the First Amendment is ‘bonkers’ and you don’t understand it?’ Hannity said on Tuesday.

‘Harry, it’s time for you to get a grip. Stop the lecturing of all of the rest of us on issues you clearly know nothing about because you’re nothing, frankly, but the Prince of Woke Social Justice Warriors.’ 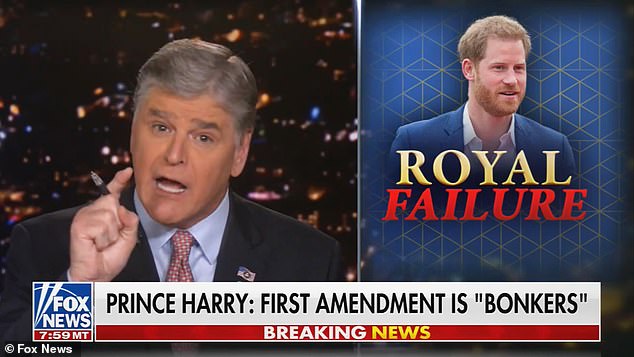 If Harry didn’t understand how the First Amendment worked, ‘maybe it’s time for you to move to a place more compatible with your restrictive ideas’ 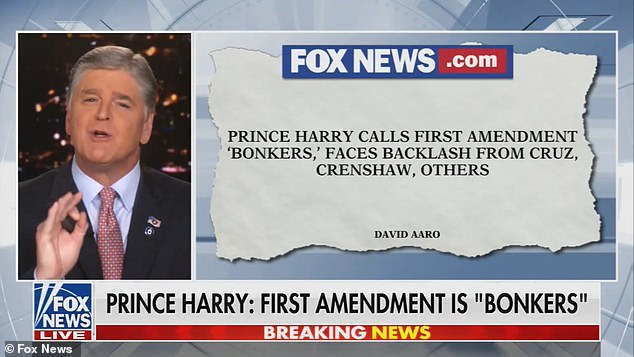 ‘We don’t really need lectures about customs or sacred freedoms, and by the way you’re free to go home’, Hannity said

Hannity added that it is ‘sad’ to watch Prince Harry’s ‘decline’ and his ‘decaying relationship’ with his family.

‘And what’s with the constant sense of entitlement, victimhood? Enjoy your multi-million dollar mansion in the enclave of Montecito, Santa Barbara, one of the most exclusive neighborhoods in America,’ Hannity said.

‘Fine, I’m happy for you. I’m sincere. I wish you nothing but the best. Maybe over time you’ll understand our amazing constitution, our great republic where apparently you’re going to make a lot of money.’

During the segment, The Hill columnist Joe Concha – a Fox News contributor – slammed Prince Harry for not being dominant in his relationship with Meghan Markle.

‘I don’t even know if Prince Harry is an alpha male, I don’t think he’s a beta male, he’s more like a lambda male, an omega mu male,’ Concha said.

‘He’s some sort of male, but he’s definitely not the alpha in that relationship. He seems to now be pushing, as you said, the woke justice sort of message that Meghan Markle does.’

Harry – who fled British royal life to live in luxury in California last year – made the comments on Dax Shepard’s podcast on Thursday while talking about the intrusiveness of American paparazzi.

The UK has stricter laws for protecting privacy than the United States, like in situations faced by celebrities and royalty. Libel laws are also much stronger than in America.

‘I’ve got so much I want to say about the First Amendment as I sort of understand it, but it is bonkers,’ Harry told the podcast.

‘I don’t want to start going down the First Amendment route because that’s a huge subject and one which I don’t understand because I’ve only been here a short time, but you can find a loophole in anything.’

‘You can capitalize or exploit what’s not said rather than uphold what is said.’