On a night when youth and experience aligned, striker Olivier Giroud scored twice on his 100th appearance for France and teenager Eduardo Camavinga celebrated his first start by scoring an acrobatic goal in a 7-1 thrashing of Ukraine in a friendly on Wednesday.

‘It’s obviously an immense pride, a great honor,’ Giroud said. ‘It was a friendly game, but also my 100th cap, an emotionally charged match. I’ve moved past a French football legend, now I don’t want to set limits.’ 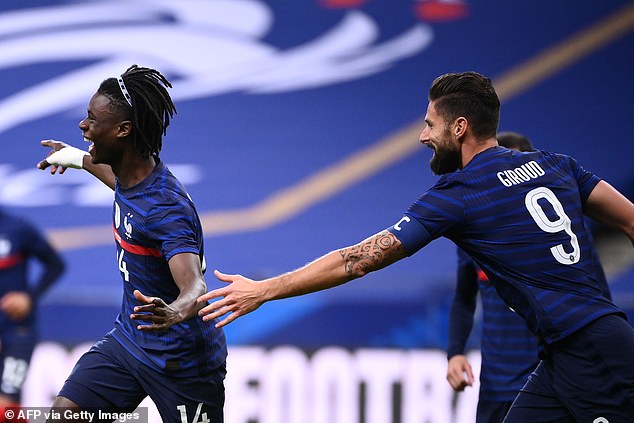 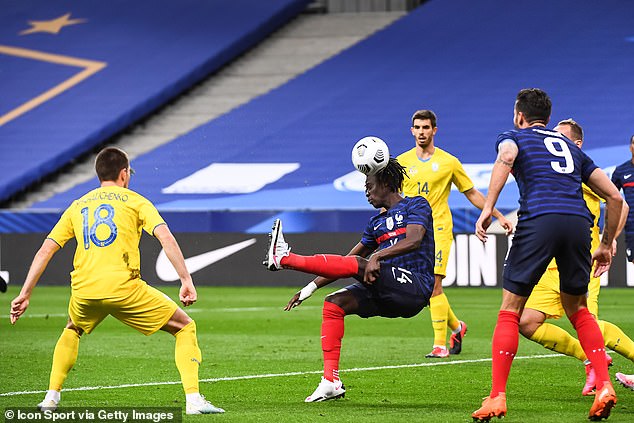 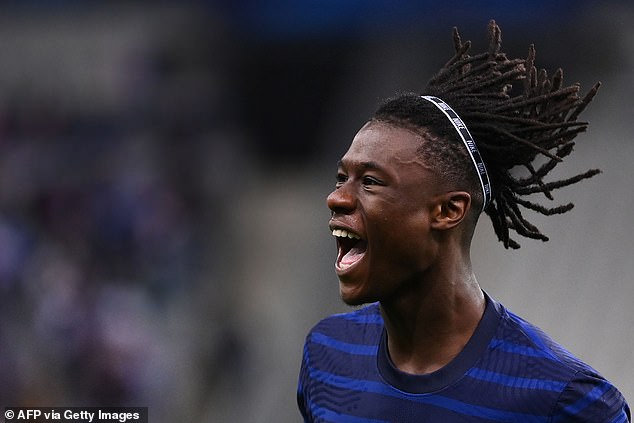 The 34-year-old Giroud gave the world champions a 2-0 lead in the 24th minute following Camavinga’s opener, with a superb left-footed strike from outside the box into the top corner.

Wearing the captain’s armband, he doubled his tally after the half-hour mark with a diving header from a rebound.

Hard-hit by positive COVID-19 tests and injuries, Ukraine fielded a depleted side and trailed 4-0 at halftime after Vitaliy Mykolenko scored an own goal as he tried to clear the ball away five minutes before the interval.

Ukraine enjoyed a good spell after the break despite France coach Didier Deschamps bringing on Kylian Mbappe, and substitute Viktor Tsygankov pulled one back for the visitors. 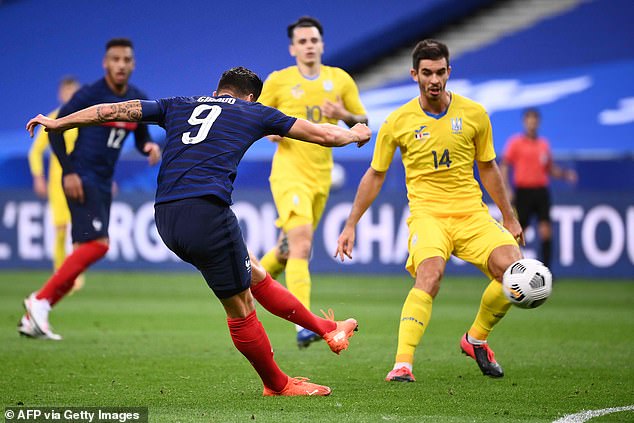 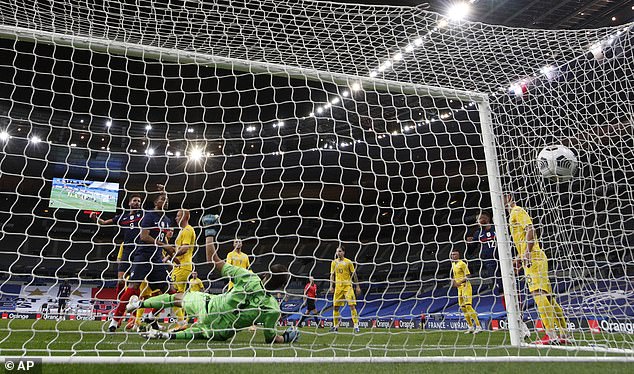 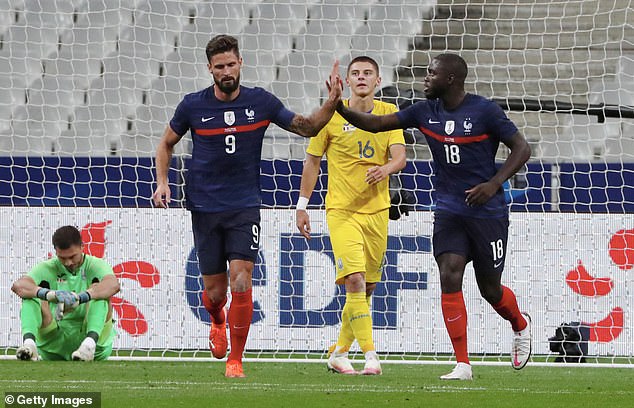 With his goal, the highly-rated Camavinga became the second youngest player to score with France, at 17 years, 11 months. Maurice Gastiger was just six months younger when he scored against Switzerland on March, 8, 1914.

Widely regarded as France’s next big star, the Rennes midfielder made his international last month against Croatia, making the most of Paul Pogba’s withdrawal after the Manchester United player tested positive for COVID-19. 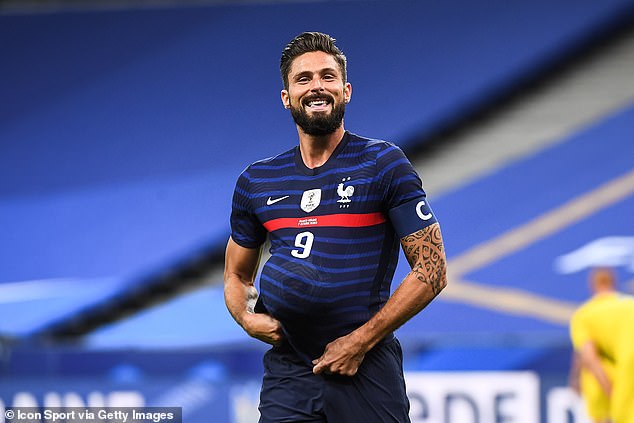 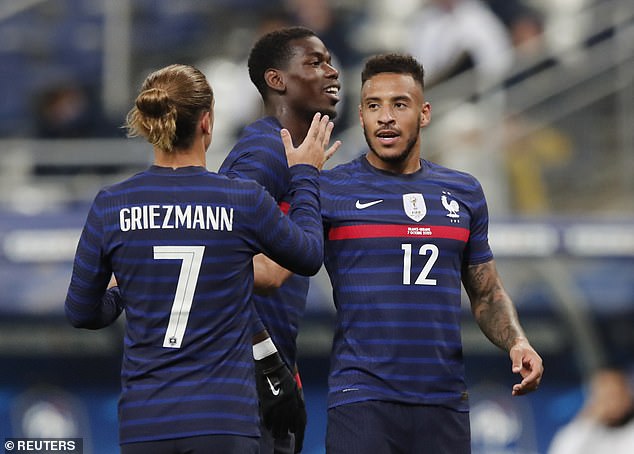 Corentin Tolisso netted the fifth and was congratulated by Antoine Griezmann

Playing his second match with the national team, Camavinga displayed his flair and great technique to put the hosts ahead in the ninth minute. After Ukraine goalkeeper Heorhii Bushchan parried away a close-range header from Giroud, Camavinga latched onto the rebound and sent the ball into the opposite corner with a clever overhead kick, with his back to the net.

Only 1,000 fans were allowed into the Stade de France because of coronavirus restrictions.

France next play Portugal on Sunday in the Nations League before traveling to Croatia on October 14. Ukraine host Germany in Kyiv on Saturday and Spain three days later. 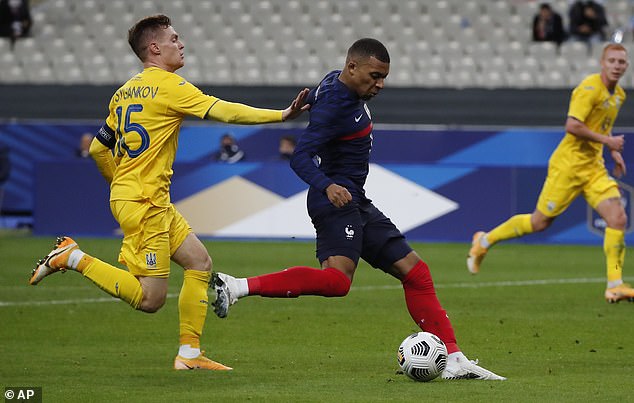 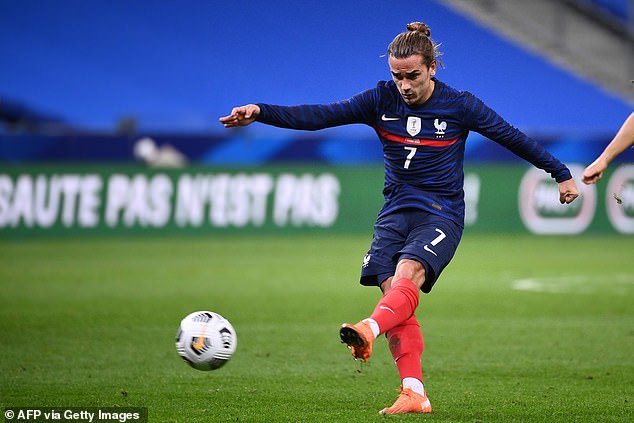 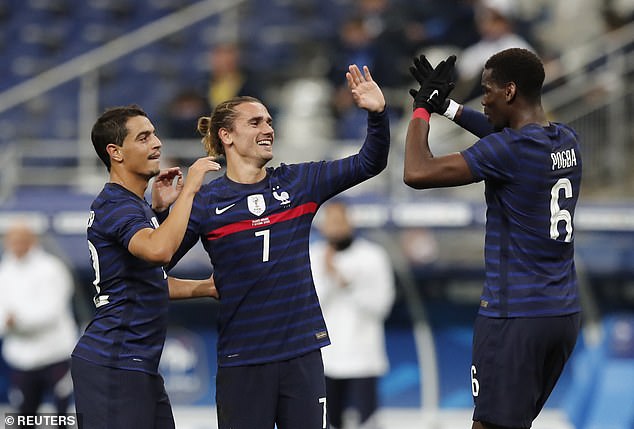