France coach: Bosnia complicated our task and our goal was to get 3 points 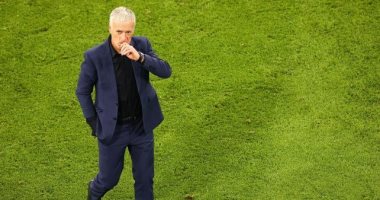 France coach Didier Deschamps confirmed that the French national team was aiming to win Wednesday’s match, after a 1-1 draw with Bosnia and Herzegovina, in the confrontation that took place at El Mino stadium in Strasbourg, as part of the fourth round of European qualifiers for the World Cup. World 2022 in Qatar.

“It’s obviously more complicated, although we reorganized to make sure we were tighter and had some positions, but that’s not what we were looking for at the start of this match,” Deschamps said in comments after the match.

He continued: “Our task has been complicated, our goal was to get three points, but this is difficult for everyone, we have another point and we will have to look for more in the next two games.”

He added: “We got the ball, and we used it well, after that, the difficulty facing an opponent is always very compact and very dense, and we have to find solutions. We had at least 4 chances in the first half.”