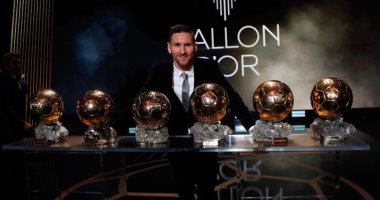 France Football magazine revealed the date of the Ballon d’Or party, after it was canceled last year due to the Corona virus.

The official account of “France Football” magazine, on the social networking site “Twitter”, announced that the nominees for the Ballon d’Or award will be revealed on October 8, while the ceremony will be held on November 29, 2021 in the French capital, Paris.

Lionel Messi won the last edition of the Ballon d’Or in 2019, after a strong competition with Virgil van Dijk and Cristiano Ronaldo.