France national team.. Benzema: The victory over Finland is great and I thank all Lyon fans 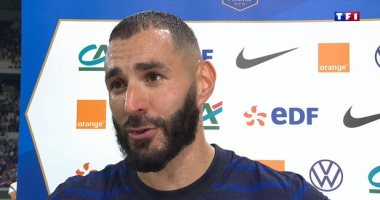 Karim Benzema, the Real Madrid star, spoke about France’s victory over its Finnish guest, with a clean double, on Tuesday evening, in the meeting that brought the two teams together at the “Grupama” stadium, as part of the sixth round of the fourth group of European qualifiers for the 2022 World Cup.

Karim Benzema played with the French national team against Finland in Lyon, in which the Algerian star started his football career before moving to Real Madrid.

Benzema told the French channel “TF1” after the end of the meeting: “The atmosphere was wonderful in the match, movement and goals, it is a love story between me and Lyon, and I thank all the fans, it is one of my most beautiful feelings.”

Head of the Anti-Doping Organization: A heart check is necessary before engaging in any sporting activity