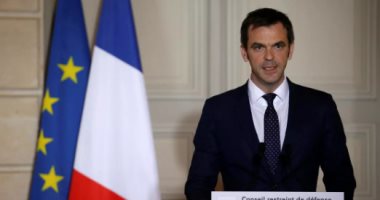 French Health Minister Olivier Ferrand warned in an interview published today, Sunday, that the government will not hesitate to impose a third general lockdown nationwide if the number of new infections with the emerging coronavirus continues to rise.

“We do not rule out any measure that may be necessary to protect the residents. This does not mean that we have taken a decision, but we are monitoring the situation hour by hour,” the minister said in an interview published in the weekly newspaper “Le Journal du Dimanche”.

The Minister of Health’s statement came at a time when the government fears that the country will be exposed in the coming weeks to a third epidemic wave after the holidays.

The minister pointed out that what increases the seriousness of the situation is that currently “15 thousand new injuries are recorded per day on average, after we had decreased to 11 thousand cases.”

He added, “The goal of recording 5,000 (new infections per day) is diminishing. The pressure on the health system is still great, with 1,500 new hospitalizations recorded every day,” despite the fact that the largest number of these cases does not require transfer to the intensive care unit.

Veran stressed that he is “ready to take the necessary measures if the situation worsens,” noting that the situation is already worrying in a number of districts in the east of the country.

He added that a large number of mayors in eastern France have been calling on him for several days to “re-impose general lockdown measures, either nationwide or at a local level” after Christmas.

The Sultanate of Oman will reopen the land, air and sea ports from next Tuesday

Bitcoin Bull Market Might Come to an End! Predicts Analyst 2021

When the NRL announced the inclusion of Magic Round in 2019, it was an overwhelming feeling of...