Francis Ford Coppola, the king of New Hollywood, finally gets his star | Culture 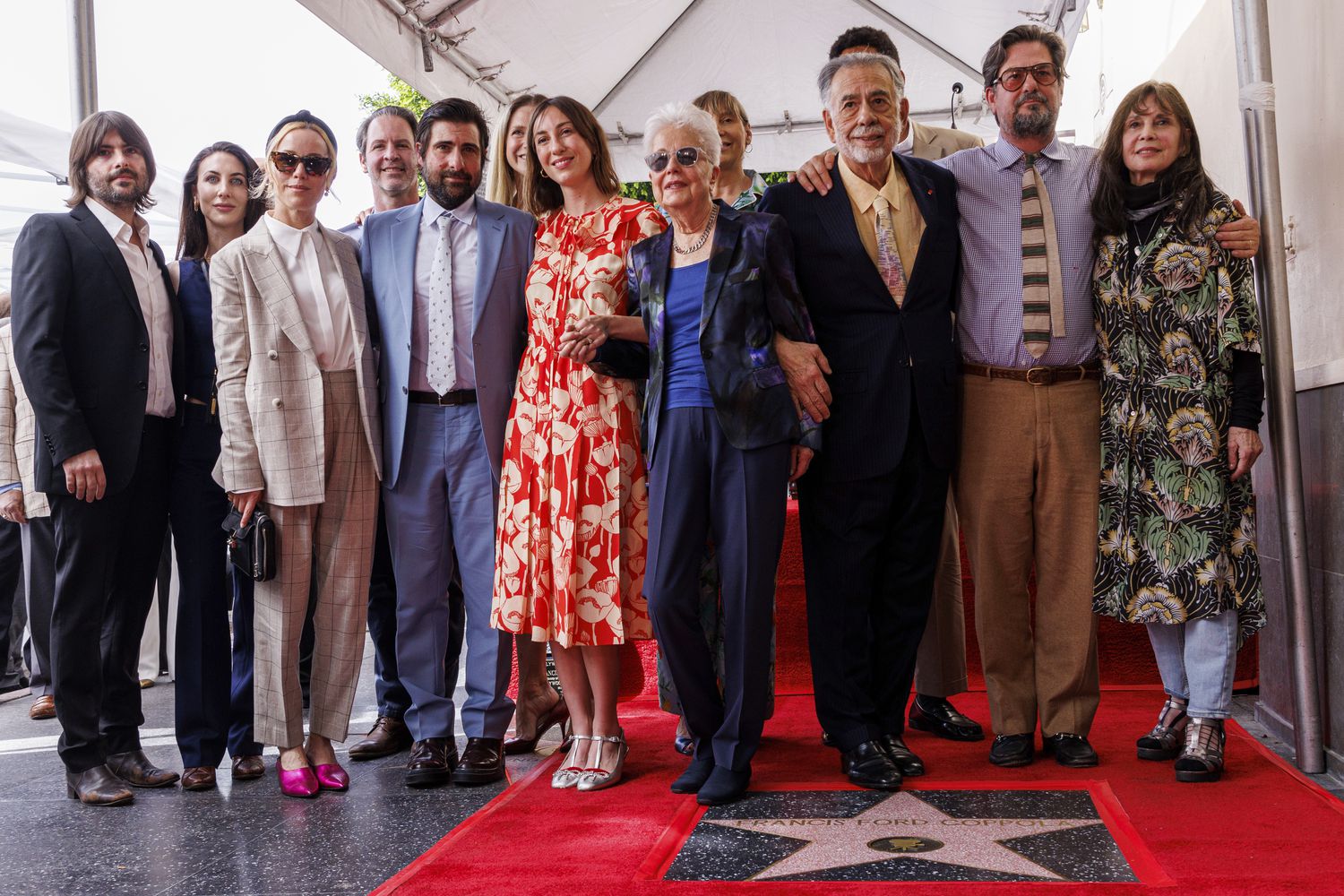 It was surprising to learn that Francis Ford Coppola did not have a star on the famous Hollywood Walk of Fame. This anomaly has been finally corrected this Monday. The legendary director, one of the legends of the so-called New Hollywood, went mainly sheltered by his family to the belated tribute of an industry that has surrendered at his feet for decades. “His comments on him are very good and brief,” the five-time Oscar winner summed up in a very short speech. The legendary filmmaker of extensive footage prefers few words.

The stars are more of a publicity stunt than a tribute among peers in the entertainment industry. For an artist to get a badge on Hollywood Boulevard someone must nominate them to the Hollywood Chamber of Commerce and then pay a fee. “Since I have financed or distributed my own films, I have never had the good fortune to have a studio that would take care of that,” the director explained to Variety in a recent interview. This Monday morning, Coppola, who will turn 83 in April, thanked Paramount for making the tribute possible. The study promotes the tribute the year in which The Godfather, premiered in New York on March 15, 1972, turns 50. Still, Godzilla and Felicity Huffman had stars before the mind that has inherited us Apocalypse now.

Coppola’s star will be in front of Musso & Frank Grill, another city institution. The restaurant opened its doors in 1919. The servers, mostly Mexican immigrants, can still point to the table where Charlie Chaplin sat to watch passers-by as he gobbled down beef livers, a dish that remains on the menu. but hardly anyone asks. The same goes for the Hollywood that the director helped build. Some of that empire survives in an industry that has been taken over by superhero movies and digital platforms. This morning a couple of young tourists were passing through the cordoned off area and wondering who that man was lounging in an armchair. “Look, there’s Elle Fanning!” one said.

Fanning was one of the speakers this Monday. The 23-year-old actress starred Twixt, a horror movie Coppola based on a dream that was filmed at the family’s winery facility in Northern California. The film was also a nightmare for critics, who destroyed it after its release in 2011. Fanning has had better luck with another Coppola, Sofia, for whom she has worked in Somewhere and the seducer. “He’s the greatest and most influential of all time…Francis takes what’s around him and turns it to gold,” the actress told an audience mostly made up of autograph hunters. Fanning considers Coppola her master of the craft. “From him I learned never to give up creative freedom and never lose a youthful spark.”

“I think I was Francis’s first audience,” Talia Shire, the director’s sister, also told this morning. The 77-year-old actress recalled her childhood in the family home in the late 1940s, when Detroit-born Francis was bedridden with polio. “He experimented with puppets and dolls and I was his audience,” shared the actress, who in 1972 played Connie Corleone in the first film of The Godfather. “Francis is a true giant, a visionary who has had the courage to impose his vision and turn it into movies.” Coppola, it has been said, is preparing Megalopolis, a project that he has been developing for decades and for which he would be willing to contribute 120 million dollars from his wine empire to materialize. His goal is to shock and baffle audiences one last time.

Shire’s words were a nod to the work of a man who has always tried to stay true to his obsessions in the face of the demands of studies. In Hollywood he is famous for his efforts to turn Al Pacino into Michael Corleone against the grain of the executives. Legendary producer Robert Evans considered Pacino too short for the role and even referred to him disparagingly as “the runt.” Those of Paramount preferred that the heir to the mafia empire be played by James Caan, Martin Sheen or Jack Nicholson. “I thought Coppola was crazy. I didn’t even love myself,” Pacino told James Lipton on the show a few years ago. Inside the Actors Studio. Coppola has said that he thought the film would be a monumental flop, a life lesson. Instead, it became a hit that amassed $100 million in five months on the billboard. The tensions between Coppola and Evans on the set of the classic will be addressed by Barry Levinson in the film Francis and the Godfatherwhich is in pre-production and in which Elle Fanning has a role.

That of the Corleones is one of the best-known family sagas in the history of cinema. The Coppolas are also a five-generation dynasty. Agostino Coppola, Francis’s grandfather, was one of the inventors of the Vitaphone sound system, which facilitated the musicalization of films, a technology that was bought by Warner Bros. The director’s father, the musician Carmine Coppola, composed part of the themes that are heard at the wedding that opens the adaptation of Mario Puzo’s novel. On The Godfather His mother, his daughter Sofía and other children also appear. His granddaughter, Gia Coppola, 35, the daughter of Gian Carlo, who died in an accident in 1986, is the last of the family to enter the business. She is preparing her third feature film.

After days of speculation, neither Steven Spielberg nor George Lucas (who also doesn’t have a star on the ride) turned up for the ceremony. Both, however, sent messages to their friend paying for publications in local media. “You redefined standards with a visionary way of filmmaking and provided inexhaustible inspiration to filmmakers around the world,” wrote Spielberg, nominated for an Oscar this Sunday for his version of West Side Story. “Every story you tell and every journey you take reminds us that when you love what you do, it’s worth taking any necessary step”, dedicated the creator of the universe of Star Wars. Among the guests, however, was Fred Roos, the producer of the second part of The Godfather, The conversation and Apocalypse Now.

A lone protester walked the scene with a Russian flag and a photograph of Donald Trump’s star on the walk of fame, perhaps the most controversial on the entire tour. “Remove that star,” requested the banner. One more memory of all those who undeservedly got the tribute before Francis Ford Coppola.

A weekend of mass shootings in the United States

NBA: Another day of fury: Draymond Green returns to his old ways and is expelled after two techniques… in eight seconds!

A toddler found at the scene of the July Fourth shooting in Highland Park, Illinois, was left orphaned in the attack.His parents — Irina McCarthy, 35, and Kevin...

Press play to listen to this article LONDON — Boris Johnson isn’t going anywhere — at least not for now. Despite losing his Chancellor Rishi Sunak and Health...

NBA: Another day of fury: Draymond Green returns to his old ways and is expelled after two techniques... in eight seconds!