Frank Lampard has backed Hakim Ziyech to be the man who makes his team tick, with Chelsea hoping the Moroccan winger can prove a worthy successor to Eden Hazard.

Chelsea lost their chief creator in Hazard when he left for Real Madrid in 2019, while they also saw key players Pedro and Willian leave this summer.

Lampard wanted to sign someone who can unlock deep-lying defences. Ziyech, a left-footer who likes cutting inside from the right wing, started for the first time on Wednesday as Chelsea beat Krasnodar 4-0 in the Champions League. 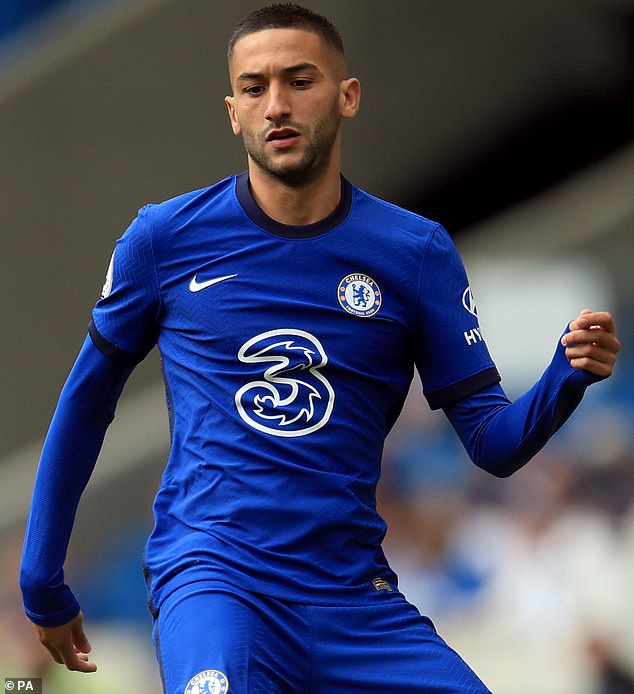 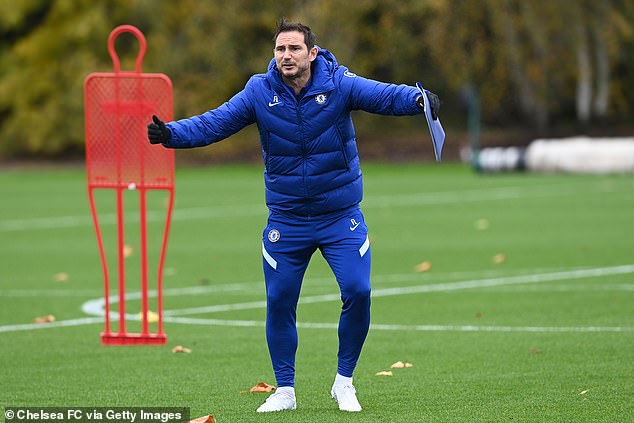 The 27-year-old ran riot in Russia — scoring as Lampard started around £150million worth of attacking talent. Ziyech was joined in the line-up by Timo Werner and Kai Havertz.

Ziyech could be introduced to the Premier League on Saturday at Turf Moor where Burnley and their low block defence will be awaiting the £36m playmaker signed from Ajax.

‘We had Pedro last season and Willian was a huge player,’ said Lampard. ‘The year before that we had Eden Hazard. Those sort of players don’t get replaced on a whim.

‘With Hakim we had the potential to bring in someone with really different qualities to what we’ve had in recent years in terms of a left-footed, right-sided player, which was his main position position at Ajax. 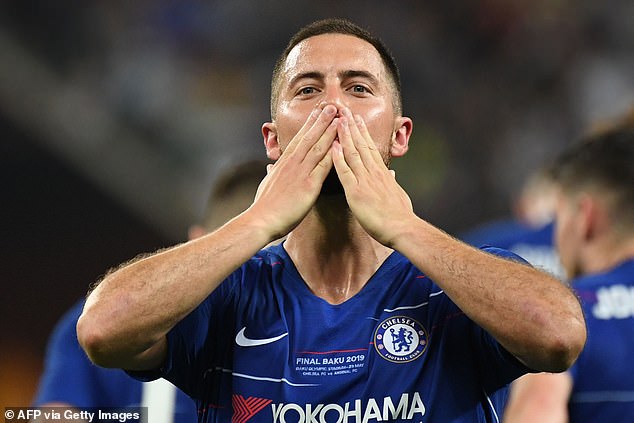 ‘I know he played in a No 10 role and he can definitely do that for us if we want to play that way.

‘But he does it in a way that he is very much about opening up chances for others with his crossing ability and final pass.

‘He’s not necessarily a winger who is going to fly past players all the time, albeit that is in his game. He can find a pass.

‘Sometimes last season I felt we lacked that option when we were playing against low-block defences.’ 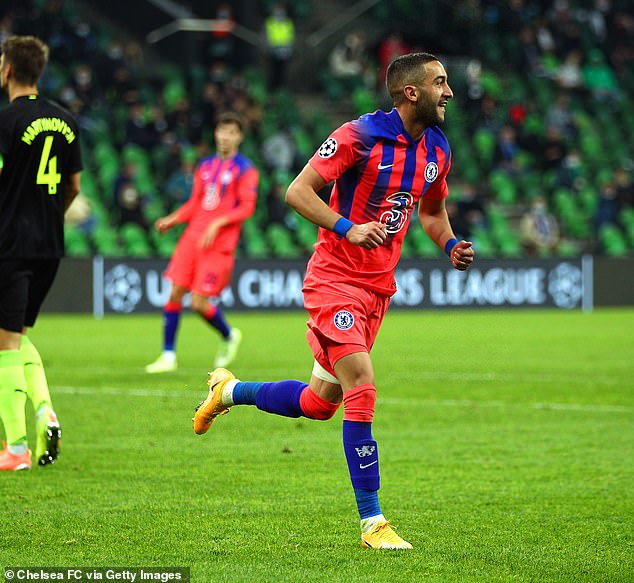 Sean Dyche will field his usual 4-4-2 on Saturday and try to frustrate Chelsea’s forwards, although Lampard does not like how Burnley tend to be branded.

‘With the Premier League it brings different styles,’ said Lampard.

‘But I do get wary of trying to box off Burnley, trying to compare them to an old Wimbledon or a stereotype.

‘I don’t see that. I see a team that are very strong at set pieces and crosses into the box because they have physical players and they do that part of the game well.’