French First Lady Brigitte Macron‘s daughter has hinted that she may have ambitions to become involved in politics, telling a French publication that she often meets with government ministers to offer them advice.

Tiphaine Auzière, 36, was just ten years old when her mother, then a drama teacher at the school she attended, met the 17-year-old pupil and future French President Emmanuel Macron who would become her step father.

Now, following the death of her very private father André-Louis Auzière, 69,  in December, the lawyer has taken her own place in the spotlight, giving an interview to Paris Match.

She told the publication how she often turned to government ministers in her step father’s party, La République en Marche, for which she is an activist, to present them with her latest projects – sometimes even offering her own advice on policies. 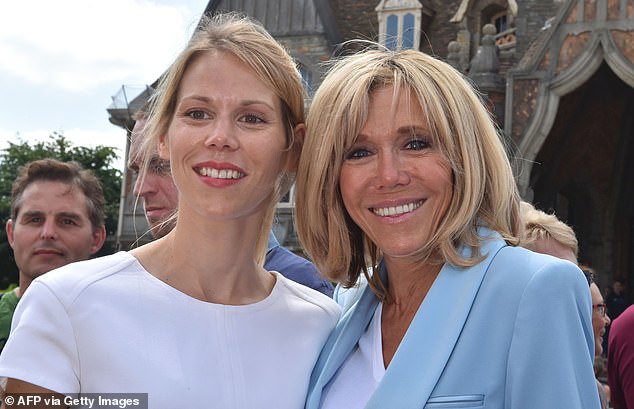 But added that she would not live by the rules of the Élysée, telling the publication: ‘I act and I inform afterwards.’

Ms Auzière, who admitted during the interview that she used to call her step father President Macron ‘the UFO’ when he began dating her mother, added that his reputation as a ‘leader for the wealthy’ ‘hurt’ her as ‘people don’t know what he’s done.’

Ms Auzière, who lives in Calais, told how she had travelled to Paris to discuss legal policies with with Éric Dupond-Moretti, the justice minister, 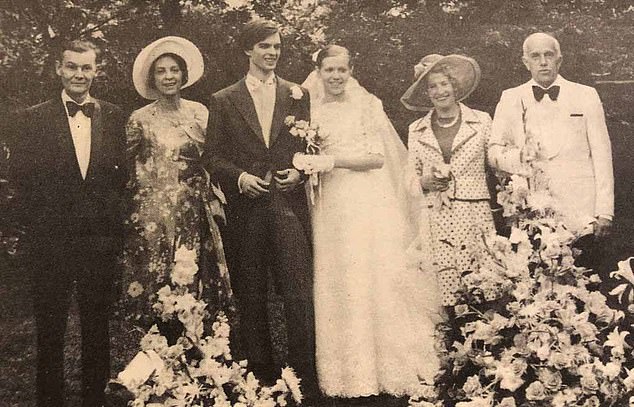 Brigitte at her wedding to André-Louis Auzière, Tiphaine’s father, in June 1974. He died in December last year at the age of 69

She said: ‘We spoke, amongst other things, about accompanying victims, prison reform and reintegration.’

The activist has been involved in fighting local issues, including combating domestic violence, stopping classroom closures and a campaign against a windfarm, wrote Paris March, but Ms Auzière claims she is just a ‘committed citizen’ rather than a future politician.

Despite this she suggested her rising profile had still caused alarm for her mother, Mrs Macron, 67 – who is 24 years older than her husband.

This is not the first time the mother-of-two has caused speculation that she may want to become part of her step father’s government – in a Trump dynasty style affair.

Brigitte (pictured in the 1990s) began seeing her drama student with Macron, then 17, telling her he would marry her one day

The same rumours arose – when she opened a private sixth form college in Paris.

With fees of €9,500 a year her involvement in the project was taken to mean that President Macron had turned his back on state education.

The school was then tarnished with allegations that it’s co-founder, Christophe Cadet, an educationalist, was caught up in relationships with male pupils of another school and had links to Catholic fundamentalists – and who denies the rumours, reports The Times.

Speaking of her late father, whose death was announced yesterday Ms Auzière told Paris March: ‘I adored him. He was different, a non-conformist who wanted his anonymity more than anything else.’