More Grand Slam controversy as Kristina Mladenovic loses a game, and then the entire match, after umpire allowed play to continue despite the ball clearly bouncing twice

Controversy flared on the main court of Roland Garros on Tuesday, but although Novak Djokovic was on the schedule there, he had nothing to do it.

The issue came in the match before his, when Kristina Mladenovic looked poised to take the first set against Germany’s Laura Siegemund.

Mladenovic had set point at 5-1 when her opponent scooped up a shot that had clearly bounced twice, only for umpire Eva Asderaki to allow play to continue. 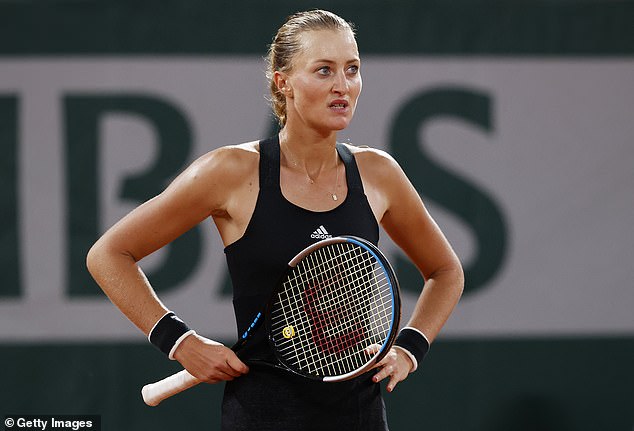 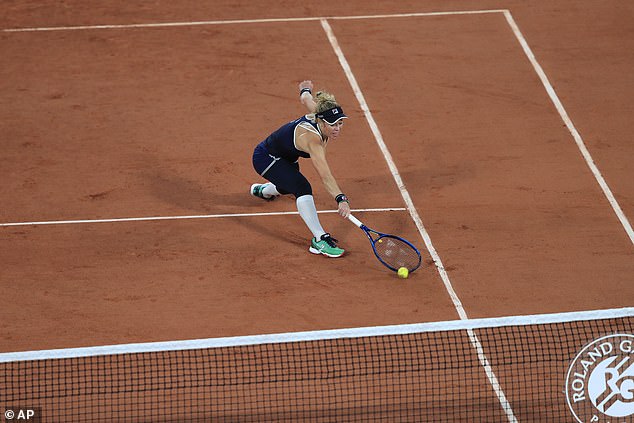 Laura Siegemund returned a shot that had bounced twice, but play was allowed to continue

The French player lost the point and went on to concede the next six games, and then the match — 7-5, 6-3.

It concluded a difficult month for Mladenovic, who was locked in her room for eight days at the US Open for associating with Benoit Paire, who had tested positive for Covid-19.

‘Siegemund would have been the most fair player on the tour if she had conceded the point. Unfortunately, she didn’t and I didn’t expect her to do it,’ said Mladenovic.

Siegemund responded that she had been running flat out when it happened, and that it was the umpire’s responsibility.