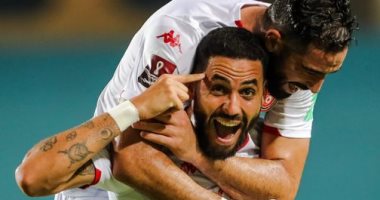 Yesterday, Friday, witnessed the holding of a limited number of matches in various stadiums of the world, most notably the African qualifiers for the 2022 World Cup, which were marked by scoring a group of distinguished goals, most notably Tunisia’s 3-0 victory over Equatorial Guinea and Ghana over Ethiopia with a goal.

In the second group matches, of the African qualifiers for the World Cup finals, the Mauritanian national team fell at its home against its guest Zambia team with two goals against a goal in the meeting that brought them together at the Olympic Stadium in Nouakchott.

Zambia’s goals were scored by Enoch Mwebo and Prince Mumba in the 10th and 57th minutes, while Mamadou Nias, the newly transferred El Entag El Harby striker for the Arab Contractors team, scored Mauritania’s only goal in the 69th minute..

Nigeria defeated Liberia 2-0 in the match that brought the two teams together, at the Teslaim Balogun Stadium in Lagos, in the first round of Group C of the African qualifiers for the 2022 World Cup..

Leicester City’s Kelechi Ihyanacho scored both goals for Nigeria in the 22nd and 44th minutes.

Tunisia won a precious victory over its guest, Equatorial Guinea, by three goals, in the match that brought the two teams together, on Friday evening, at Hamadi Al-Aqrabi “Rades” stadium, as part of the first round of the first group matches of the African qualifiers for the 2022 World Cup in Qatar..

The first group also includes Zambia and Mauritania, and the Zambia team won 2-1 away to Mauritania earlier.

The first half ended in a goalless draw, as Tunisia posed a threat to the goal of Equatorial Guinea, in the first half, especially from the left side through Ali Maaloul, but without translating them into goals, in light of the good defense of the opposing team.

Midfielder Elias Skhiri scored Tunisia’s second goal in the 78th minute with a powerful shot from outside the penalty area, before Wahbi Khazri concluded the Carthage Eagles’ goals in the 83rd minute with a penalty kick.

Cameroon started its qualifying campaign for the 2022 World Cup in Qatar, by defeating its guest Malawi, with a clean double, in the match that brought them together on Friday evening, at the Paul Biya Stadium, in the first round of Group D in the qualifiers.

The Cameroon team scored a goal to beat Malawi in the first half, through Saudi victory star Vincent Abu Bakr in the ninth minute, and Michel Ngadu, the Belgian defender of Ghent, added the second goal for the Lions in the 22nd minute.

The Ghana national team won a valuable victory over its Ethiopian counterpart, with a goal free of charge, in the confrontation that took place between them, Friday evening, at the Cape Coast Sports Stadium, as part of the first round of Group G of the African qualifiers for the 2022 World Cup in Qatar.

Mubarak Wakasu scored the winning goal for Ghana in the 36th minute of the match.

With this result, Ghana leads the Group G table in the World Cup qualifiers, after gaining 3 points in the first round, while Ethiopia is at the bottom of the standings without any points.

Protect yourself and your family with natural antibiotics in your kitchen, most notably garlic

Chicago dad, 33, dies after being shot four times while protecting his seven-year-old daughter