That’ll jack up the price! Friends glue 40,000 five-cent coins to their ‘worthless’ Holden in hopes the extra $2,000 on its exterior will help it sell

A comedy duo renowned for their pranks are the creators behind a car gaining notoriety in Queensland.

A hatchback covered in five cent pieces spotted driving around the streets of Brisbane has sparked much intrigue with residents taking to social media in a quest to find out the story behind the creation.

It’s since been revealed the Holden Astra belongs to Michael Broekhuyse.

He and friend Marty Sokolinski are the men behind comedy act Marty and Michael. 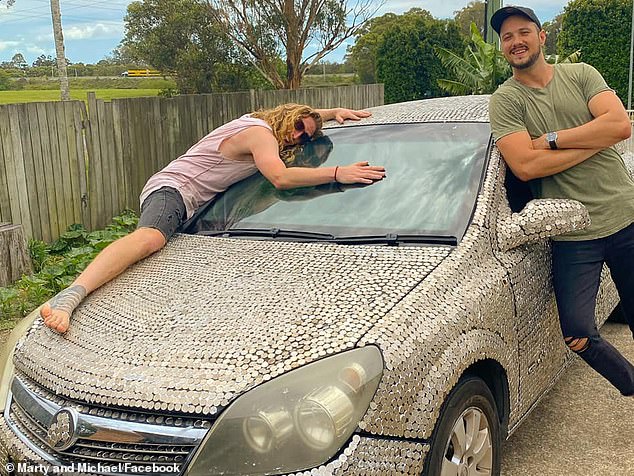 After finding out the car was worth little in its previous state, the pair decided to ‘pump some money’ into it.

They enlisted the help of friends to glue 40,000 coins to the car to find out whether the shiny new additions worth $2000 would add to its value.

‘You know what they say, you’ve got to spend money to make money,’ Mr Broekhuyse explains in a recent video of the process.

The video ends with the pair boasting they had increased the value of the car from $500 to $3000.

Marty and Michael describe themselves as a comedy duo who upload weekly videos, including ‘comedy sketches, social experiments and horrific stunts.’

It’s not the first time Marty and Michael have made headlines recently.

The two pranksters interrupted play and were escorted from the field by security guards when they invaded the pitch during the first quarter of the AFL grand final between Richmond Tigers and Geelong Cats played at the Gabba in October.

The pair recently appeared in Brisbane Magistrate Court where they were fined $750 each.

‘It was one of those things where we just wanted to make a funny video,’ Mr Sokolinski told Seven News afterwards.

‘It was ambitious of us to think we weren’t going to impact the game but it’s not what we set out to do.’

‘We won’t be doing that again. We’ll stick to our roots and change the world, one video at a time.’ 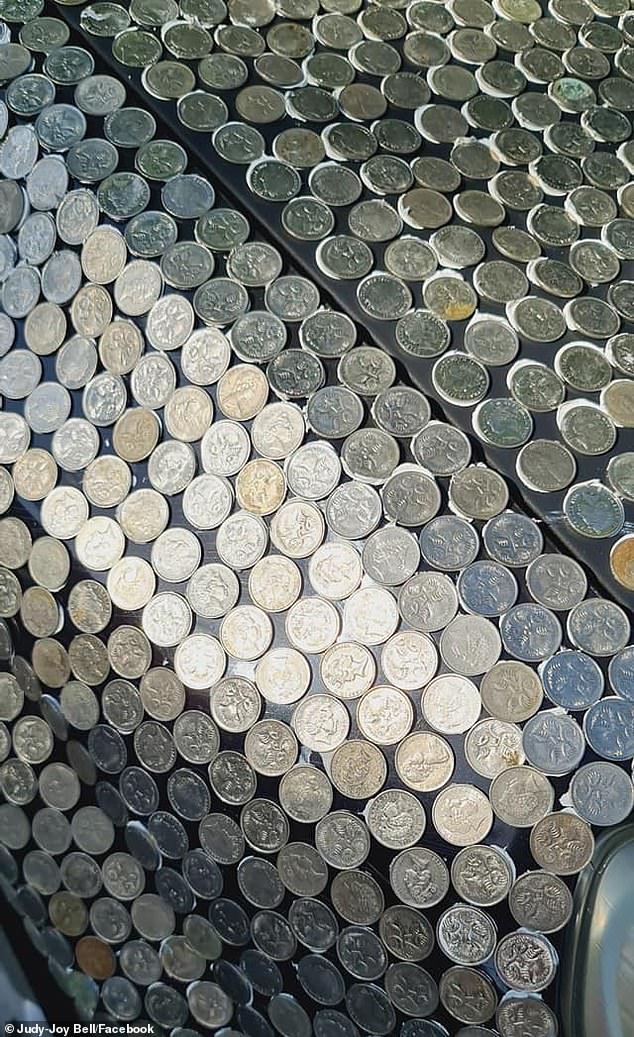 Chasing Cupcakes: How One Broke, Fat Girl Transformed Her Life (and How You Can, Too)

Black Friday 2020: This Samsung QLED TV is marked down to a sensational price

Don Jr.'s ex-wife Vanessa and Tiffany both got 'inappropriately - and perhaps dangerously - close' to...