Fulham 0-0 Brighton: Hosts hold on for precious point and climb out of the drop zone


Fulham 0-0 Brighton: Hosts hold on for a precious point and climb out of the drop zone after Adam Lallana had a goal ruled out by VAR and Adam Webster’s header cannoned off the bar

Graham Potter doesn’t appear an obvious poster boy for the half-time hairdyer. But however he deposited the rocket up his side on Wednesday night, it arguably deserved more than this.

After 45 dreary minutes, Brighton raced through the gears – in no time they hit the bar, the back of the net and the palms of Alphonse Areola. 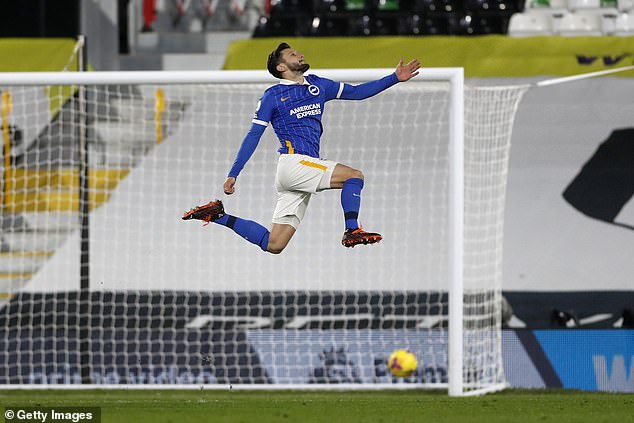 Then, having stemmed the tide, Fulham threatened to nick it.

Defeat would have been harsh on Brighton and, in this helter-skelter schedule, it’s a point both will probably take.

‘I’m pleased with the performance,’ Potter said. ‘In the end it’s a hard-fought point. We accept it and move forward.’

Scott Parker, meanwhile, felt his side showed signs of a slight hangover from Sunday’s mammoth effort against Liverpool.

‘We came under big pressure… we weathered a storm which we probably haven’t done at some points this season,’ he said. ‘Overall I’m very pleased.’

Above Craven Cottage, the first girders of a new Riverside Stand roof now hang over the pitch. Below Parker is adding building blocks to this redeveloped side, too.

The supporters who returned for one night only had gone, but early on here, Fulham showed the same discipline and intent that gave Liverpool kittens.

Brighton struggled to break out of their own half and for a while Danny Welbeck was a mere spectator.

It was testament to Fulham that Tariq Lamptey’s first forward thrust took 27 minutes to arrive. 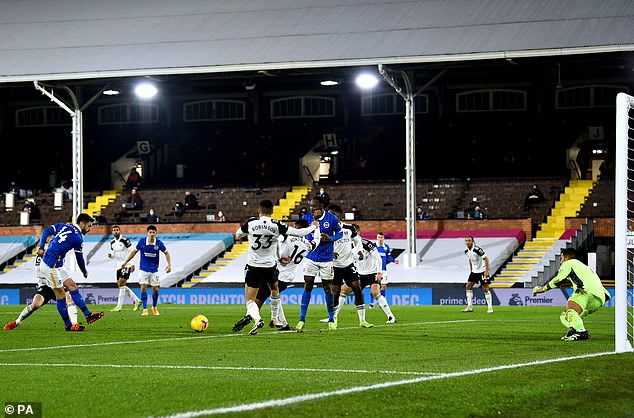 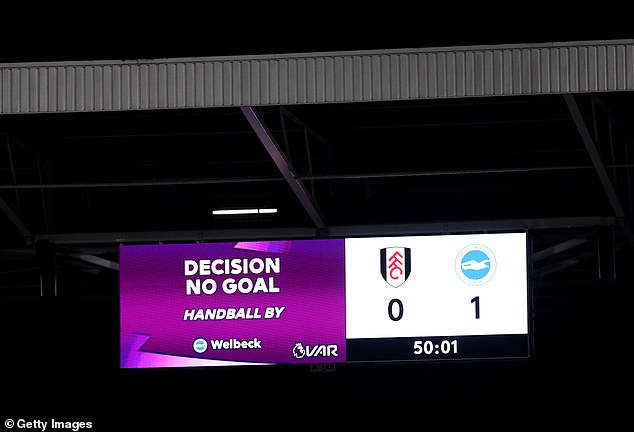 Lookman and Antonee Robinson had kept him busy defensively until he delivered a devilish cross that evaded everyone.

That was as good as it got for either side until the first-half’s dying embers, when Ivan Cavaleiro’s dipping shot needed tipping over by Sanchez.

But Brighton so nearly caught Fulham cold after the break. First Areola denied both Lewis Dunk’s header and his improvised rebound.

Then, moments later, Albion did find the net. The move started with a delightful dummy from Welbeck and ended with Lallana turning home from close range. But VAR spotted a handball in the build-up.

The officials again needed technology to tell them Webster’s header had not crossed the line before Fulham so nearly nicked it. First through Loftus-Cheek and then through Lookman, who fired at Sanchez from inside the area. 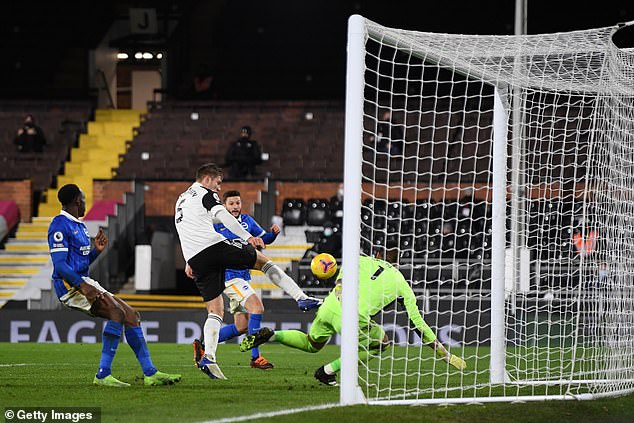 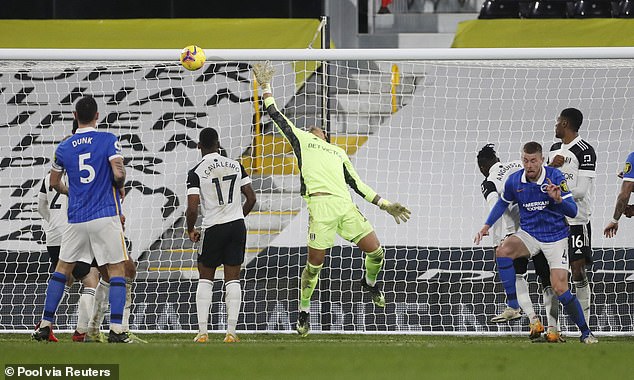 Queen’s cousin blasts asylum plot in The Crown as ‘fantasy’

The cryptocurrency market remains in the bull zone, and this situation also supports the price of...