A parent has sparked a fierce debate after asking people what they think is a reasonable amount to charge your grown-up children for rent.

The UK-based poster took to Reddit to explain that their 21-year-old son wants to move back into the family home so that he can save up to buy his own house.

According to the Reddit post, the parents are happy to have their son move in, but having him at home will increase their cost of living, so they want to charge him to cover those expenses.

It left commenters divided, with some insisting that he’s ‘their son, not a lodger’ and that it’s part of their duty as parents to take care of him at any age, while others said that it’s ‘entitled’ for adult children not to pay their way. 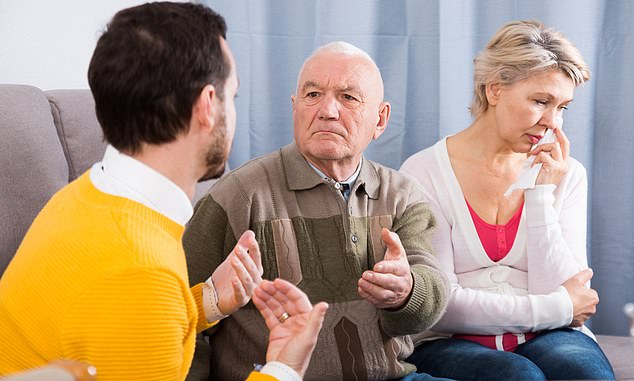 According to the post, the son wants to live at home so he can save up money to pay for a house deposit

The post read: ‘For context, we own our own home with a small mortgage. Our eldest son (21) wants to live with us to build up a house deposit.

‘We’re happy to have him, but he isn’t free and we need to be careful with money as approaching retirement. Don’t want to profit from him, and want to help, but cost of everything is going up so high…’

For many posters, the thought of charging their children rent was completely unreasonable, with one branding parents who do so ‘misers’

Some felt it is extremely unreasonable to ever charge your children rent, with one writing: ‘None. They didn’t ask to be born.’

Another added: ‘£0, he’s your son not a lodger, make him pay his own food, clothing, chip in towards a % of heating and electric, you’re instantly £100-200 better off a month by him paying his way. Charging him rent just prolongs how long it takes him to save a deposit.’

A further poster agreed, writing: ‘Yeah I do find it weird when parents ask children to help cover rent/mortgage. Like you say, I understand bills and food, but that’s never normally a lot for one additional person unless he’s putting the heating on 24/7 and having a bath every day.’

And one commentator had strong feelings on the topic, saying: ‘Zero. They’re your freaking kids! If you can’t even show generosity to them what kind of penny pinching miser are you?’

Another wrote: ‘Personally I won’t be charging my children to live at my property as it doesn’t have any value, at least in my experience.’

Some commentators suggested that not paying rent is ‘entitled’, and that grown-up offspring should contribute to the running of the household

However, not everyone felt the same, and numerous posters felt equally strongly that grown-up children should contribute to the household.

One wrote: ‘A 21-year-old should totally be contributing with rent & bills. If the parents are enough well off for it to be, put it into a savings account for them for the future. At that age you are an adult and need to be learning budget skills etc.

‘I have been in the same position and gladly paid rent, also all of my friends did the same. I think it would be very disrespectful to your parents to do otherwise.’

Another Redditor said: ‘He’s living in the house so he absolutely should pay towards housing costs. 21 is an adult and by the sounds of it he has a job. If he was moving in with a friend who pays a mortgage he would be expected to pay rent.’

And a further commentator suggested that not paying rent was ‘entitled’, writing: ‘I don’t like this entitlement as with age becomes responsibility and just because it’s his parents house doesn’t mean that it should be free especially with rising cost of gas and heating.’

Some posters had a completely different opinion, with a number of them recounting how their parents had charged them rent, but had put the money into savings, and given it back when they moved out.

One explained: ‘My mum charged £200 a month when I lived at home, she would then put £100 of that to a savings account I didn’t know about, so when it came to looking for my own place, I had some extra cash I never knew about.’

Another added: ‘My mum did that too. My partner and I lived at her house while saving for our own place, she charged £650/month for us both to stay but saved it secretly and gifted the saved amount it to us when we came to put down a deposit.’

And a third wrote: ‘Mine did exactly the same when I was young but put all of it away. I was only there for about 6 months after uni but that extra bit helped me buy some furniture for my flat and stuff so was really grateful.’

Neil Young quit Spotify because of Joe Rogan. These artists followed his lead

Neil Young quit Spotify because of Joe Rogan. These artists followed his lead