An outraged family has hung an inverted Australian flag outside their home in protest of lockdown measures imposed on millions of Western Australians.

Premier Mark McGowan on Sunday plunged Perth and two nearby regions into a five-day hard lockdown after a hotel quarantine security guard attended more than a dozen venues while infected.

The state has since recorded three straight days without a positive case, but Mr  McGowan on Wednesday firmly ruled out cutting the lockdown short because ‘we are not out of the woods yet’.

One family from Northbridge on the outskirts of Perth’s CBD staged a protest against the ‘despotic’ McGowan government by leaving the inverted flag outside their home – alongside a strongly-worded note. 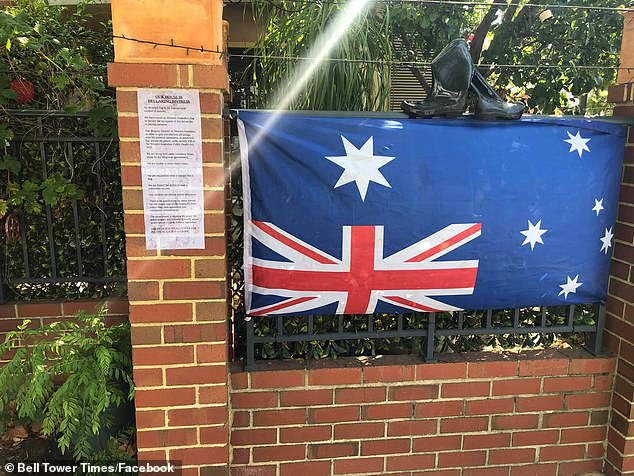 ‘We have raised an inverted Australian flag to declare the occupants of this house are in distress … We are being held under crimeless house arrest by the McGowan government,’ the note read.

‘We are unable to move about freely. We are required to wear a muzzle like a dog. We are denied the ability to earn a reasonable income. Our children are denied school education.’

The family said there was ‘no justification’ for the five-day lockdown ‘for one single case of the corona flu’ and accused the government of ‘abusing its power’.

‘Abuse of political power for political gain is a crime,’ the note finished. 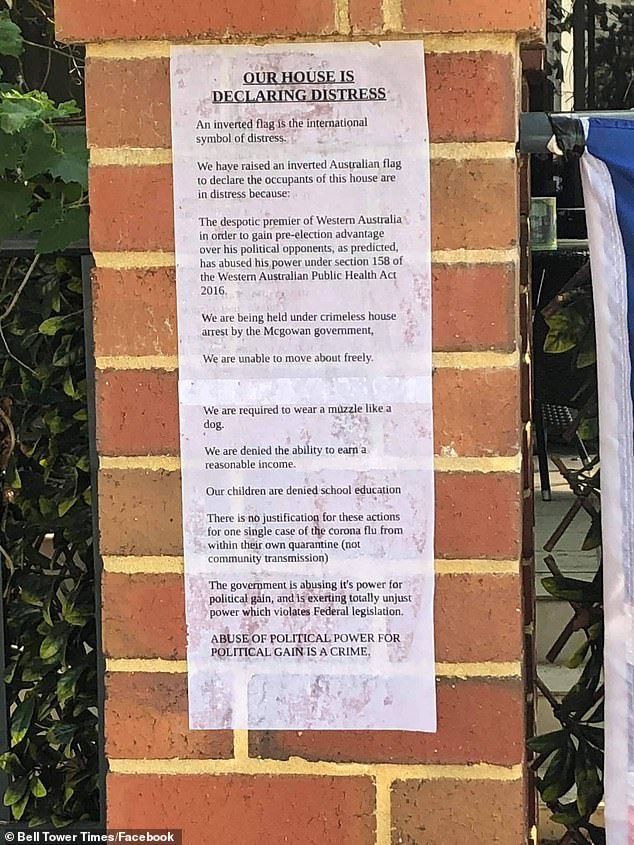 The post garnered thousands of comments, with most suggesting the family failed to see the forest from the trees.

‘If having to stay home for five days is “distress”, God forbid you ever suffer a real trauma in your life,’ one said.

‘And that sort of attitude is exactly how a single case becomes a massive community outbreak,’ another agreed.

‘When old mate fails to understand the whole global pandemic started with a single case,’ a third said.

But others argued the family had a point.

‘The execution using the flag may be dubious but the points being raised have merit,’ one wrote.

‘Five days lockdown for one case is either one of two things; political or a serious over-reaction… which? Over 30,000 tests yet no community transmission. Contract tracing and tracking would have been sufficient.’ 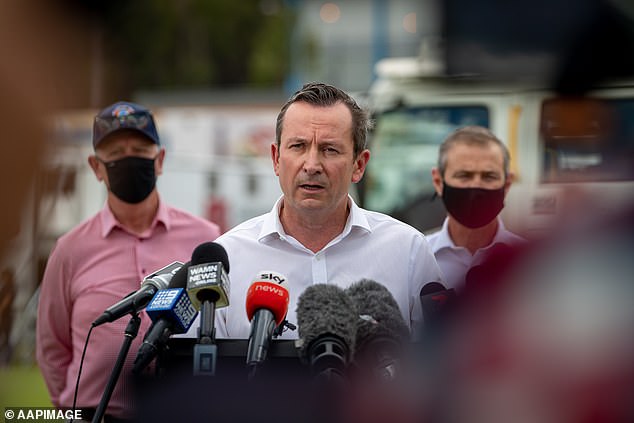