An enraged motorist has been filmed pushing a man holding his sausage dog to the ground before driving over his electric scooter in a shocking road rage incident.

Footage shared online showed the driver of the 2014 model Nissan X-Trial try in an altercation with scooter rider Anthony Van Pham in the Perth inner-city suburb of Highgate on Friday afternoon.

The driver could be seen getting out of his car and pushing Mr Pham to the asphalt before driving over his scooter, which was caught underneath and dragged down the street. 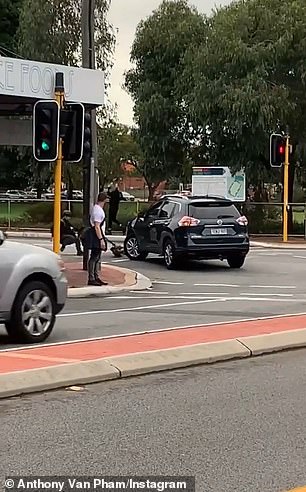 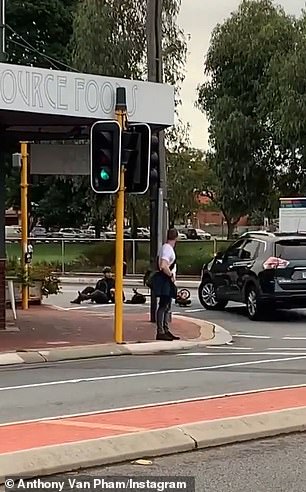 Two workmen in hi-vis gear can be seen running off after the car before turning around to help Mr Pham.

‘The driver tried to push me off the road in his car, yelling ‘get off the road you Asian c*** roads are for cars’,’ Mr Pham wrote in the caption to the video.

Mr Pham then thanked the ‘good Samaritans and tradies’ who checked he and his dog were not injured.

‘Please share this so we can find this person so he can get help for his anger management,’ he said.

Some commenters urged him to report the matter to the police.

‘Good to hear you and Spikey are ok,’ one person said. 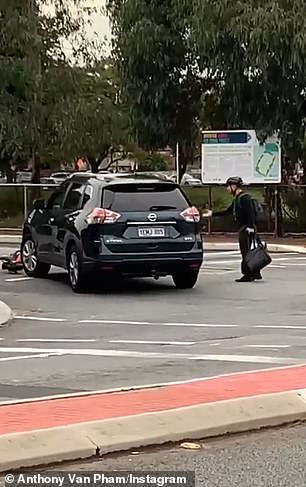 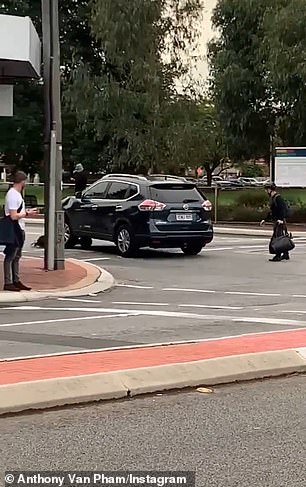 G7 COVID-19 vaccine pledge 'is not enough', says WHO chief

This text explains the whole lot you'll want to learn about at this time’s hottest cryptocurrency,...