Ben Simmons was greeted by a hostile reception as he made his return to Philadelphia following a controversial trade to Brooklyn, but ultimately had the last laugh as the Nets defeated the Sixers.

The Australian has been public enemy number one in the City of Brotherly Love after refusing to step onto the court earlier this season due to mental health concerns and demanding to be traded.

The 25-year-old was eventually granted his wish last month, as the Sixers sent him, Andre Drummond, Seth Curry and two future first-round picks to Brooklyn in exchange for James Harden and Paul Millsap. 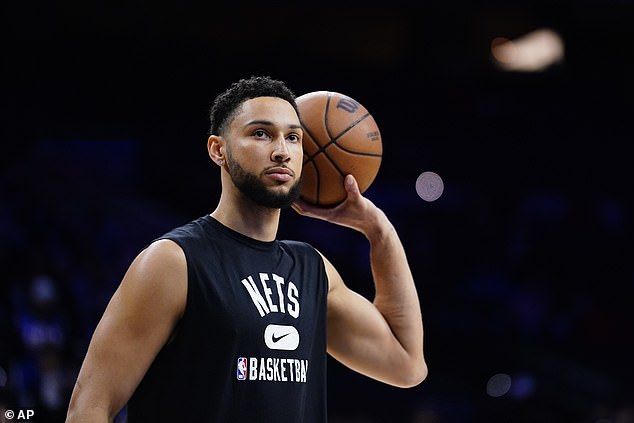 Making his first return to Philadelphia on Thursday night, Simmons was loudly jeered and booed from the moment he stepped onto the court for the warm-up.

The three-time All-Star is yet to play a minute for the Nets, but took his place on the bench along with Brooklyn’s substitutes as the boos kept raining down on him.

The atmosphere grew only more heated as the game tipped off, with loud chants of ‘F**k Ben Simmons’ erupting during the first quarter, while Harden was cheered every time he touched the ball.

Several fans were spotted wearing T-shirts calling Simmons a ‘Crybaby Ben’ and ‘Mister Softee’, but the 2018 Rookie of the Year was praised by NBA legend Shaquille O’Neal. 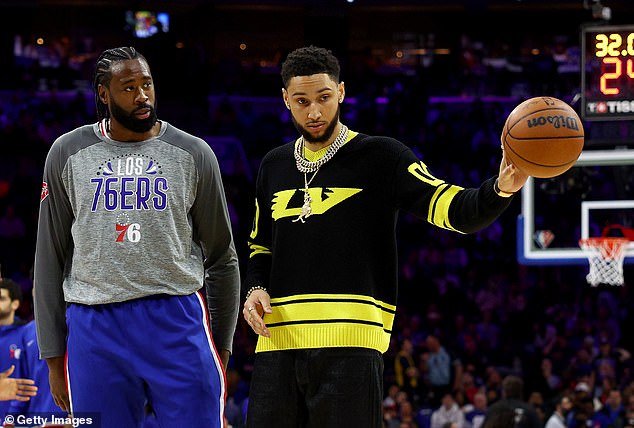 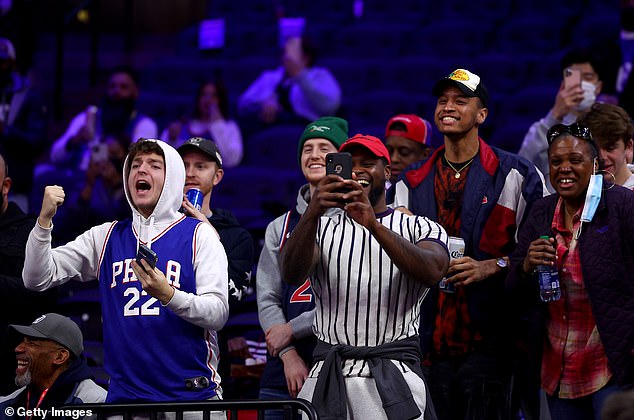 ‘It would’ve been a better night if Ben was playing,’ the former Los Angeles Lakers great said on TNT’s pre-game show.

‘I give him credit for going out there, I wish he was playing.

‘He had to go and I’m glad he’s sitting on the bench. If he didn’t, that would’ve told me a lot about him.’

Simmons ultimately had the last laugh as the Nets won 129-100 to register a second consecutive win, while the Sixers have dropped two of their last three games. 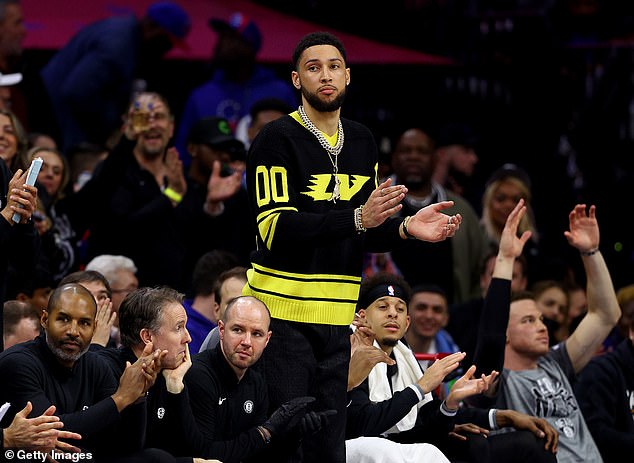 Kevin Durant, who top scored for the Nets finishing with 25 points, 14 rebounds and seven assists in 32 minutes on the court, said he and his teammates were ‘playing for Simmons’ and were intent on quietening the home crowd.

‘I think all of us were,’ the three-time NBA champion told ESPN after the game.

‘We look at Ben as our brother, so we knew that this was a hostile environment and we knew that he didn’t have the opportunity to play and we wanted to come out there and have [the fans] focus on the court, more so than always focusing on him. 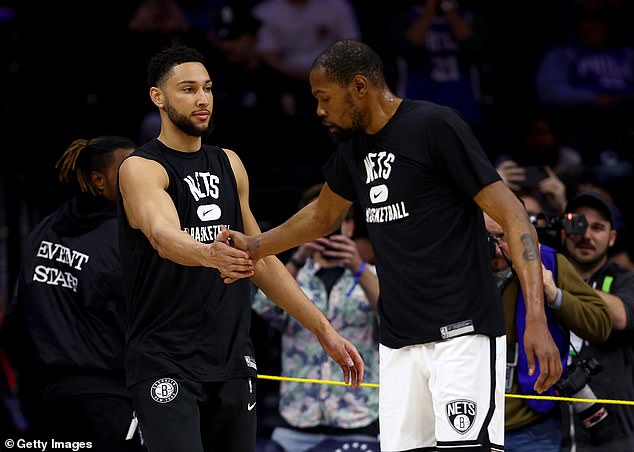 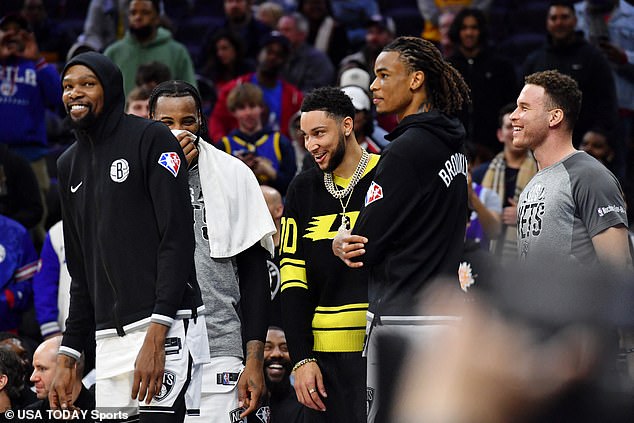 ‘So they focused on the court tonight, and it’s hard for you to chant at Ben Simmons when you’re losing by that much.’

Fellow Nets star Kyrie Irving echoed the stance: ‘When we played tonight, we definitely felt like Ben was on our heart.

‘You could see it, he was wearing it, and we just wanted to go out there and play for him and play well. […] If you come at Ben, you come at us. You come at anyone else on our team, you come at all of us, and that’s the mentality.’

The Nets improved to 34-33 for the season with the win on Thursday night and are eighth in the Eastern Conference, while the Sixers slipped to 40-25 and remain third in the standings, three games adrift of the Miami Heat.

Grimes and Elon Musk secretly had a second child