Furry predator sees off eagles’ attempts to snatch its dinner


Try and steal my dinner? Fox off! Furry predator sees off eagles’ attempts to snatch its dinner

Images of a group of hungry sea eagles swooping down on a lone red fox and trying to snatch its fish dinner have been captured by a photographer in Japan.

The furry red fox managed to escape with a fish in its mouth, fleeing the giant Steller’s sea eagles on a frozen lake near Hokkaido, Japan.

French photographer Phillippe Cabanel, 72, described the vicious battle that broke out as the animals fought for scraps of food in the desolate, frozen wasteland.

The fox, Cabanel said, had stolen the meal from fishermen on the lake but the eagles were watching him as he made off with his prize.

After they swooped down to attack, the fox dodged ‘four or five times’ to escape the ‘dangerous’ creatures ‘with the fish still hanging out of its mouth’.

He said the red fox managed to escape the eagles by darting off into the forest. 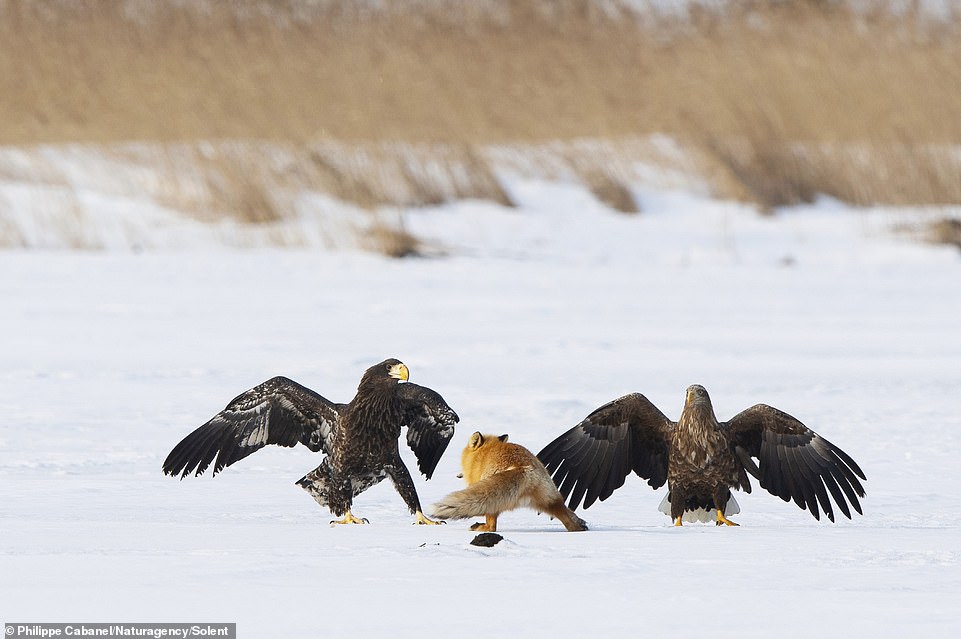 Pictured: A red fox with a fish in its mouth rests its weight on its back legs on an icy lake in Japan, as it prepares to flee a looming attack from a pair of Steller’s sea eagles 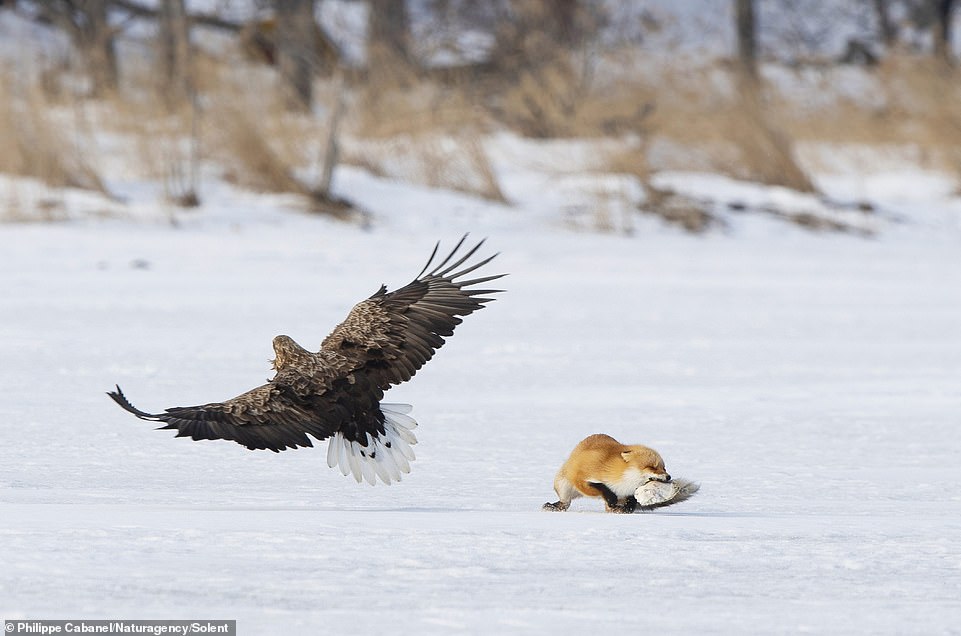 Pictured: As one of the Steller’s sea eagles swoops down on the red fox, which has a fish gripped tightly between its jaws. The fox dodges the eagle’s claws and prepares to dart away 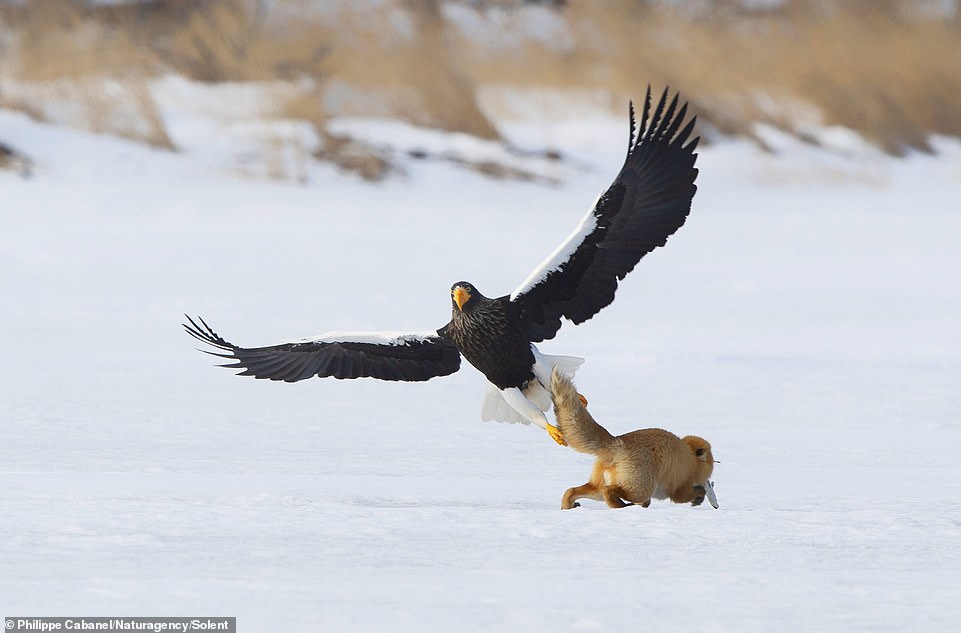 Pictured: A Steller’s sea eagle circles back round and brushes its powerful talons through the red fox’s tail as it tries to escape with its prized catch 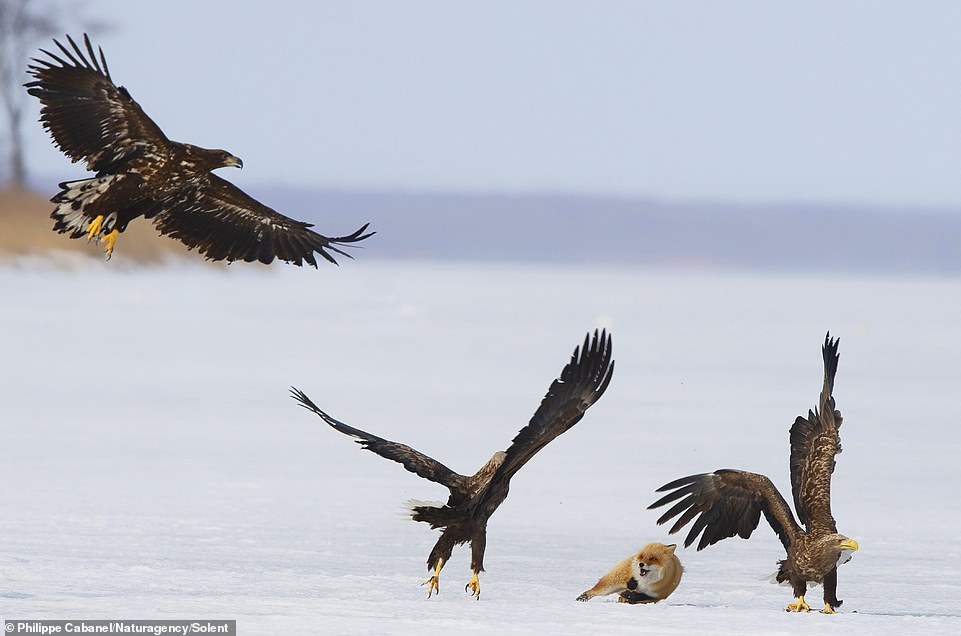 Pictured: Reinforcements of Steller’s sea eagles swoop down to help prize the fish from the red fox, as it reveals its canines in an attempt to scare them away 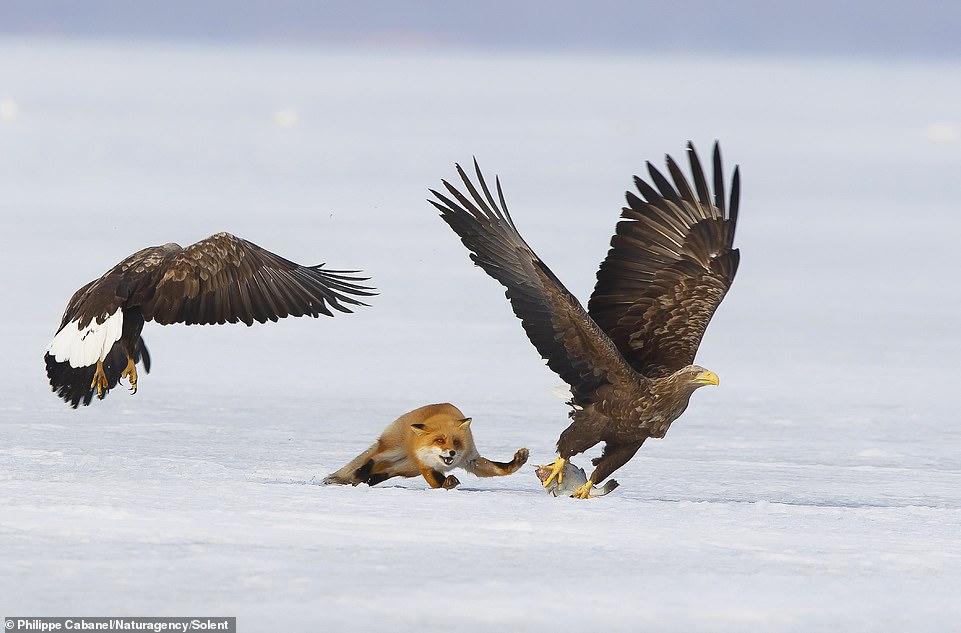 Pictured: One of the eagles snatches the fish in its talons and pounds its wings, trying to make a quick getaway across the frozen wasteland 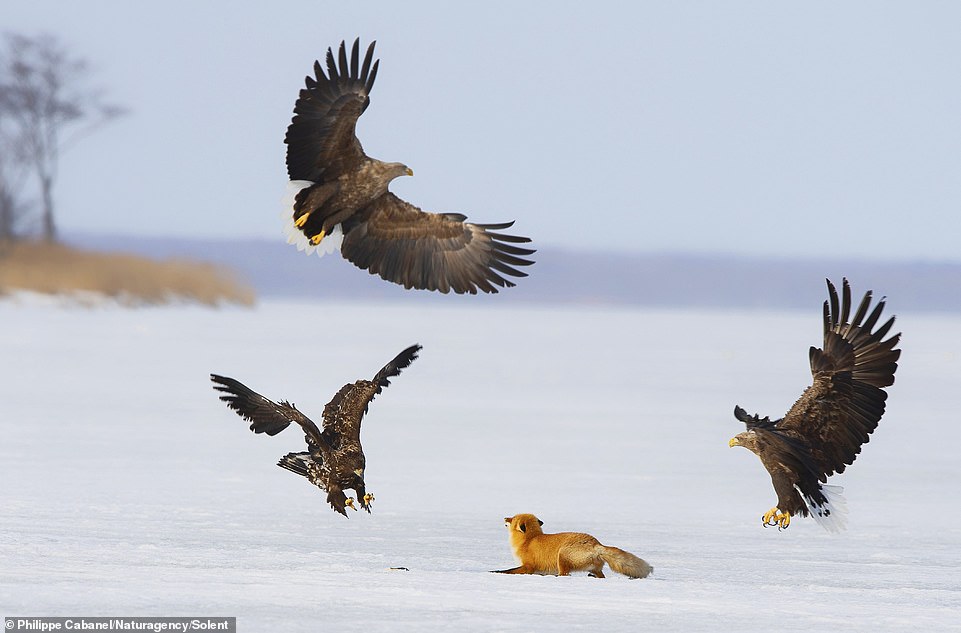 Pictured: The game is on after one of the Steller’s sea eagles drops the fish on the frozen lake. Each animal looks at the other as they prepare to swoop and pounce on the fox’s dinner 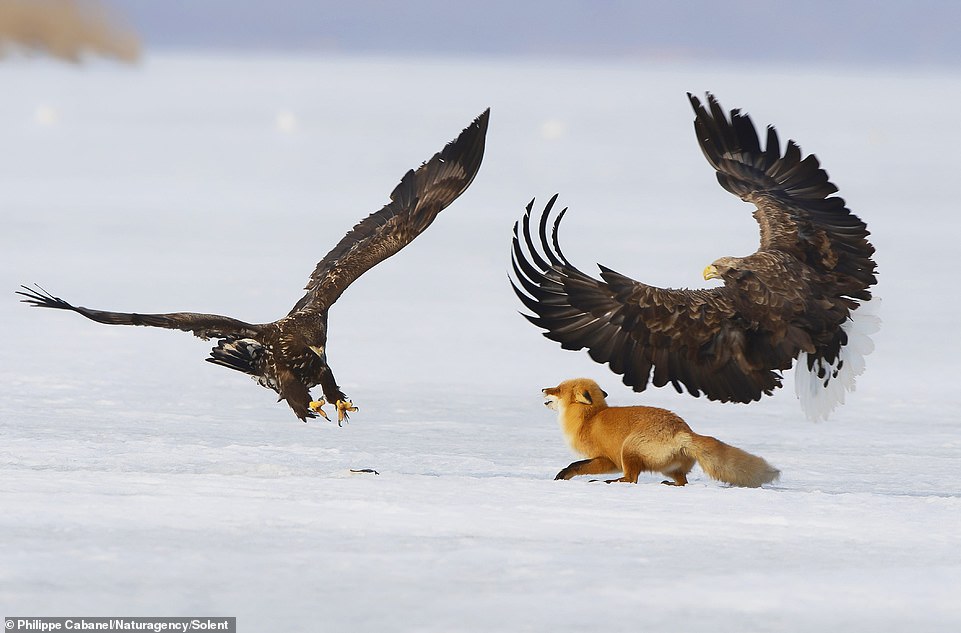 Pictured: One eagle poises its talons to snatch up the red fox’s dinner as another flaps behind the furry predator 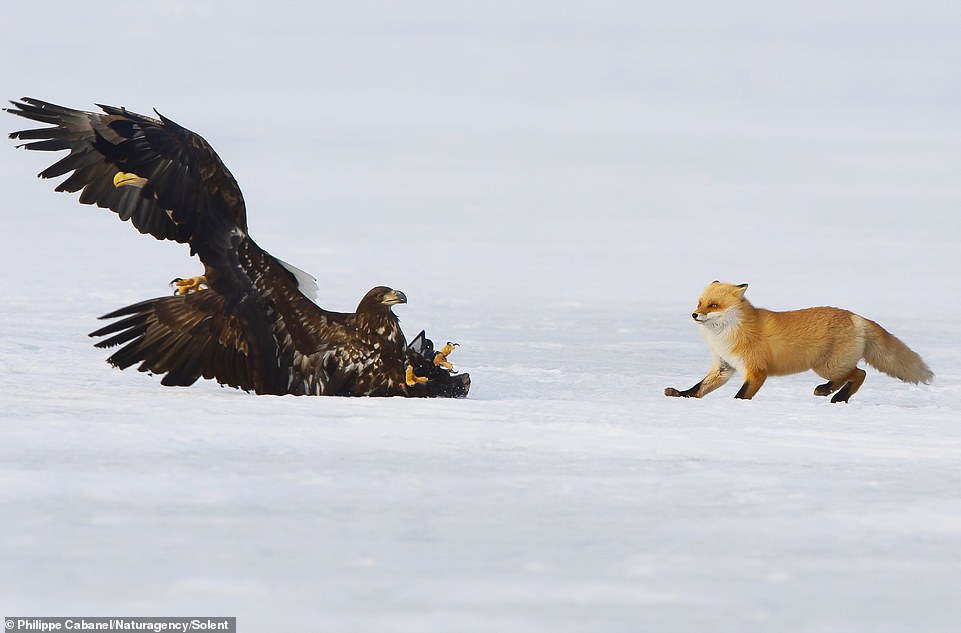 Pictured: On landing, the Steller’s sea eagle bats off another bird as the red fox approaches to reclaim its supper 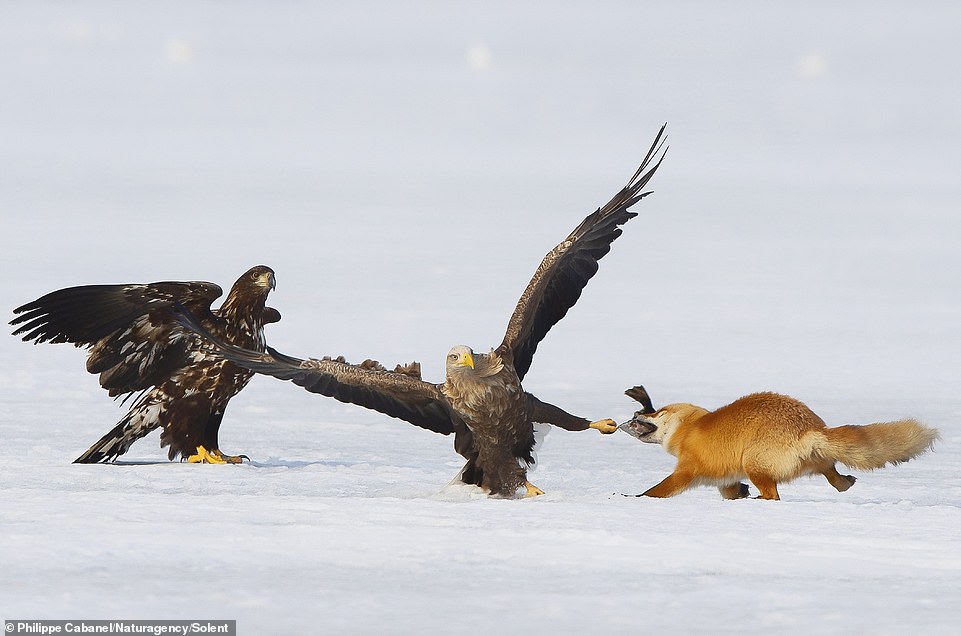 Pictured: The temporarily victorious Steller’s sea eagle stretches its wings in preparation of take off, but the red fox has reclaimed the fish dinner between  its jaws 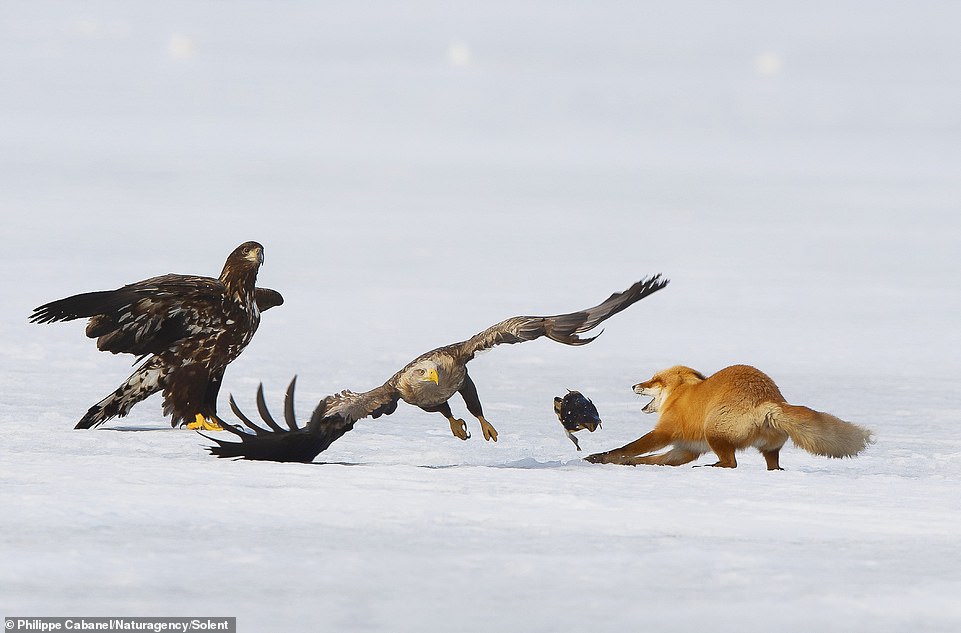 Pictured: As the red fox snaps back onto its back legs, the fish is left in freefall between the two challengers, but the eagle will need to swoop around again for a chance of a meal 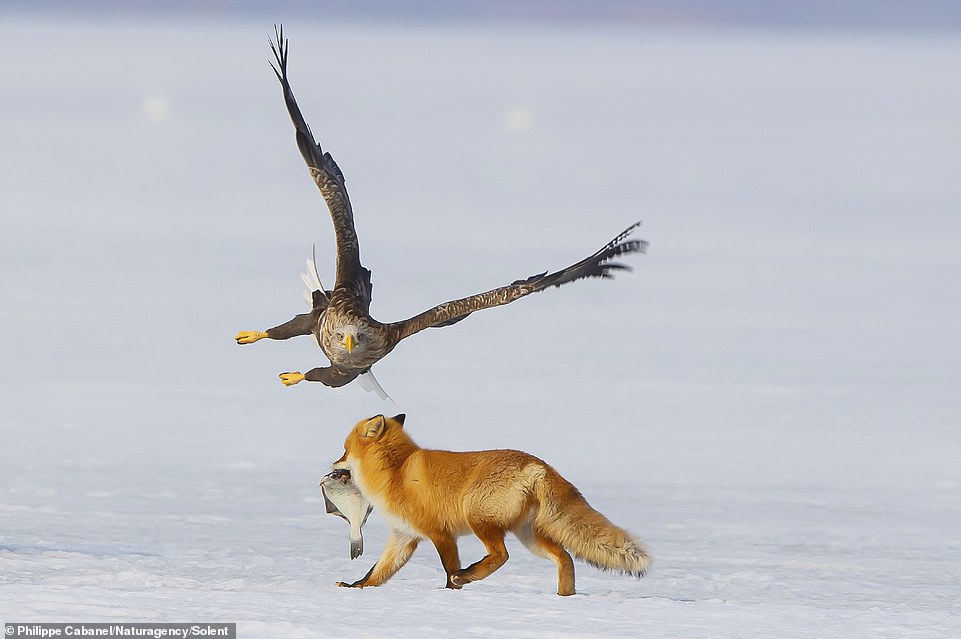 Pictured: Having reclaimed its dinner, the fox trots away from the frozen battleground, with its fish firmly hanging between its jaws 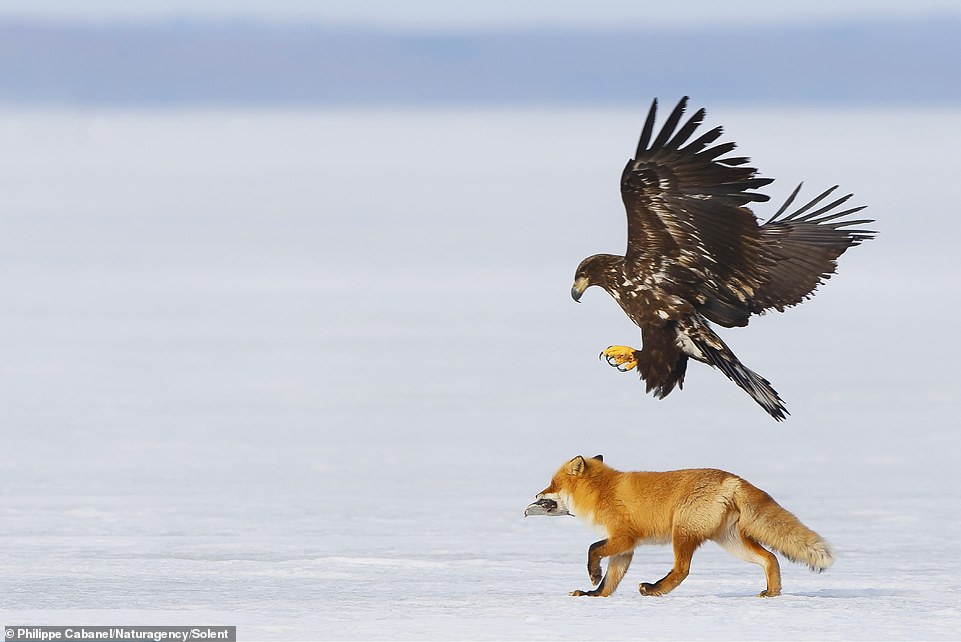 Pictured: A persistent Steller’s sea eagle follows the red fox as it trots victorious along the frozen lake near Hokkaido in Japan 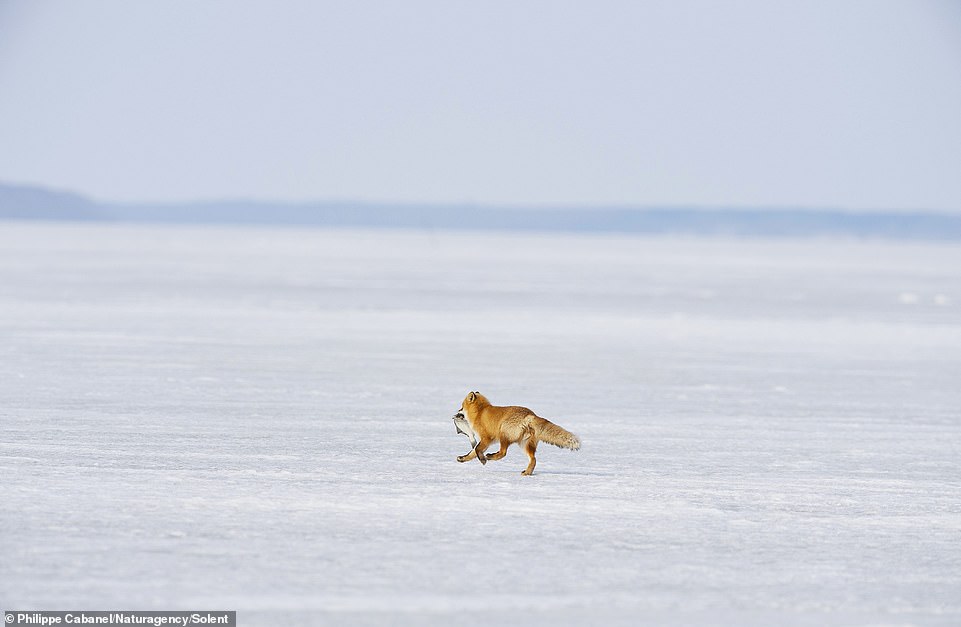 Pictured: The fox, having left the aerie of eagles far behind, trots across the frozen lake near Hokkaido in Japan to enjoy its fish supper 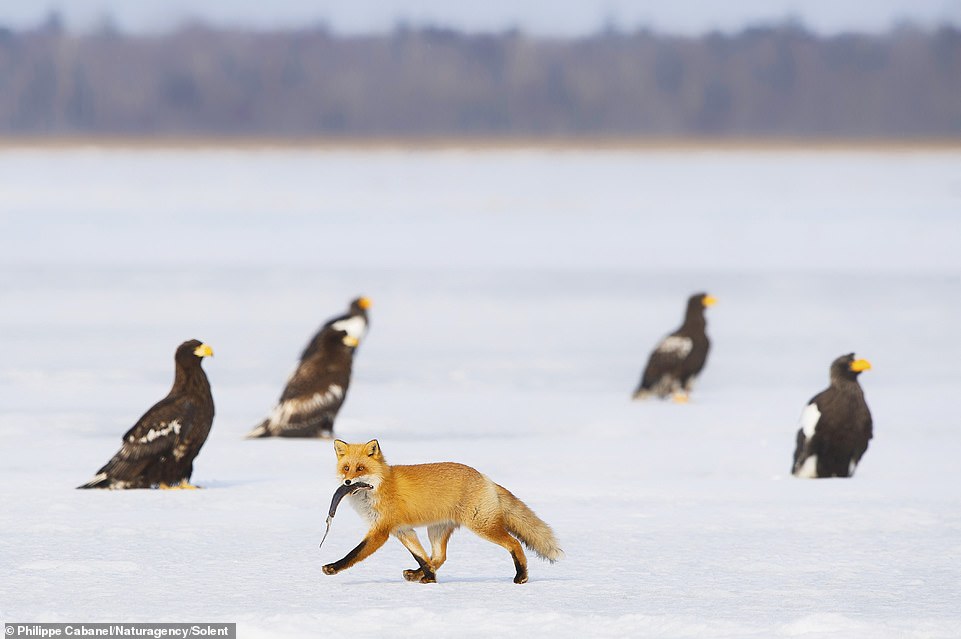 Pictured: The fox, holding its fish dinner tightly in its jaws, trots across the frozen lake near Hokkaido in Japan as eagles rest behind him

Israel .. More than 4 thousand cases of corona were recorded in less than 24 hours