Rishi Sunak has told world finance leaders that the world cannot ‘continue to rely on a tax system that was largely designed in the 1920s’.

Speaking at the first in-person G7 finance meeting since the start of the pandemic in London on Friday, the Chancellor said the world had ‘high expectations’ for what could be agreed over the two-day summit.

And he said it was clear that taxation had to change in a ‘complex global digital economy’.

Ahead of the meeting, Mr Sunak said he was aiming to secure a ‘fair deal’ on digital taxation during the talks with ministers from the US, Japan, France, Canada, Germany and Italy at Lancaster House.

On the agenda were measures to tackle climate change as well as efforts to secure an international agreement on how digital companies are taxed. 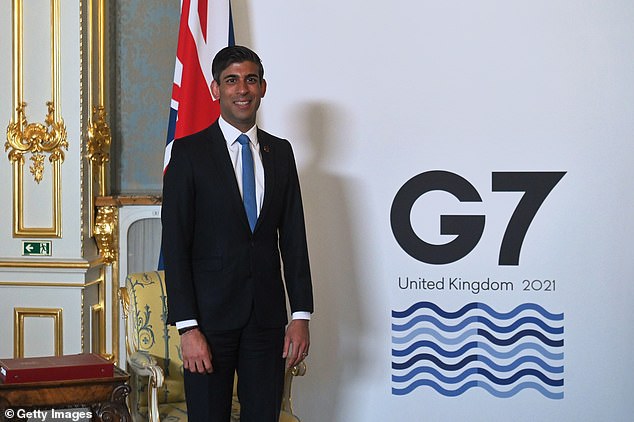 In a briefing after Friday’s meeting, a Treasury spokesman said: ‘(Rishi) Sunak was clear that large digital firms should pay an appropriate level of tax where they operate so countries can raise revenue and invest in their public services – a priority for the Government – and highlighted that ‘opportunities to make truly lasting reforms like this do not come along very often’.’

Opening the session, Mr Sunak had said: ‘The G7 is a hugely important grouping and it’s an honour to be welcoming my counterparts to London with a renewed spirit of multilateral co-operation.

‘Even before holding the G7 presidency we’ve been clear on our priorities – protecting jobs, ensuring a green and global recovery and supporting the world’s most vulnerable countries.

‘Securing a global agreement on digital taxation has also been a key priority this year – we want companies to pay the right amount of tax in the right place, and I hope we can reach a fair deal with our partners.

‘I’m determined we work together and unite to tackle the world’s most pressing economic challenges – and I’m hugely optimistic that we will deliver some concrete outcomes this weekend.

‘Together we can make a real change and help steer the international community through the next stage of our recovery.’

His comments come as US President Joe Biden has called for a unified minimum corporate tax rate of 15 percent in negotiations with the Organisation for Economic Co-operation and Development (OECD) and G20.

His proposal has so far won broad support from countries such as France and Germany, as well as the International Monetary Fund.

‘We have a chance to get multinational businesses to pay their fair share,’ France’s Le Maire, Germany’s Olaf Scholz, Italy’s Daniele Franco and Spain’s Nadia Calvino said in The Guardian newspaper.

‘For more than four years, France, Germany, Italy and Spain have been working together to create an international tax system fit for the 21st century,’ added the four ministers.

‘Now it’s time to come to an agreement.’

France’s Le Maire told journalists in London that Biden’s proposed 15 percent is ‘a minimum. For us, it’s a starting point’.

Along with its G7 and G20 partners, France wants ‘a more ambitious level of taxation,’ the minister said, with the current pandemic crisis showing that ‘tax evasion, the race towards the lowest possible level of taxation, is a dead end’. 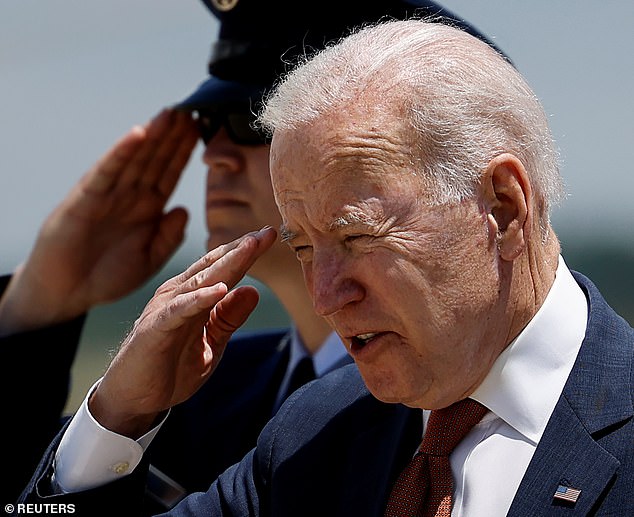 Ireland has expressed ‘significant reservations’ about Biden’s plan, however.

Its 12.5-percent tax rate is one of the lowest in the world, prompting tech giants such as Facebook and Google to make Ireland the home of their European operations.

The UK-based anti-poverty organisation Oxfam argued that Biden’s proposal of 15 percent was too little, with the charity’s senior policy officer for France, Quentin Parrinello, telling AFP an agreement without a specific rate ‘would be a real failure’.

Proponents argue that a minimum tax is necessary to stem competition between countries over who can offer multinationals the lowest rate.

They say that a ‘race to the bottom’ saps precious revenues that could go to government priorities like hospitals and schools.

Britain wants multinationals to pay taxes that reflect their operations, as nations across the world seek to repair virus-battered finances.

Governments worldwide have suffered massive falls in tax receipts during Covid lockdowns, while at the same time having to borrow vast sums to prop up their economies.

Covid-19: Restrictions ease in Scotland and live music could return to Northern Ireland

Gorillaz always had ‘a touch of the apocalypse’

It seems now all they have to do is dot the I's and cross the T's.Senior...