Gareth Bale is only just getting started in his second stint as a Tottenham Hotspur player, as the winger hints that he will soon be back to his best.

The Welshman played for 62 minutes in Spurs’ 3-0 over LASK in the Europa League on Thursday night, and played a cross which ended up being turned into the back of his own net by Andres Andrade.

It was a simple enough win for Tottenham, but Bale looked sharp, and says that he is treating the current period ‘as a mini pre-season’ as he gets back up to full fitness. 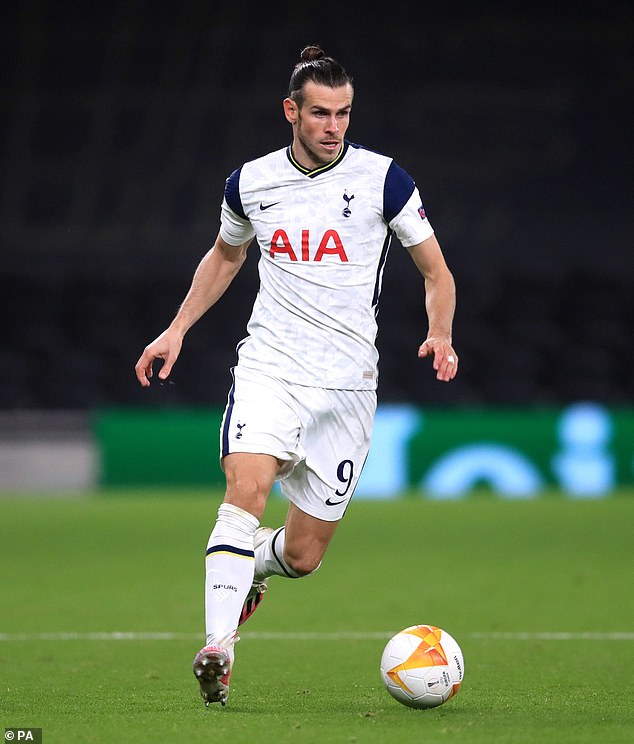 ‘I’m a bit stiff, it’s like a mini pre-season at the moment, I’m just trying to get up to full speed, enjoying being back on the pitch and at this amazing club,’ he told BT Sport.

‘When I get fully match fit I will be sharper, and I’ll hopefully contribute even more.’

It was the first start since returning to Tottenham for the 31-year-old, who was often overlooked at Real Madrid in recent years.

And his appearance off the bench against West Ham on Saturday wasn’t as happy as an occasion as he wanted, with Spurs letting a three goal lead slip while he was on the pitch. 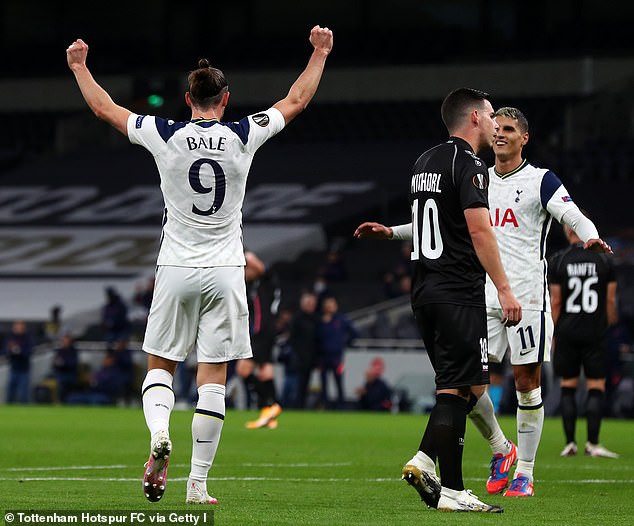 Boss Jose Mourinho refused to blame the collapse on Bale though, and now, back at a place where fans are excited to see him play, he is ready to kick on and get more wins.

‘It’s a big reason why I play well,’ he said. ‘You want to be loved, appreciated, and to come back here, I’ll give everything for the shirt.’

After a string of injuries last season, Jose Mourinho now appears to have a wealth of talent at his disposal, and Bale may even find himself fighting for a spot. 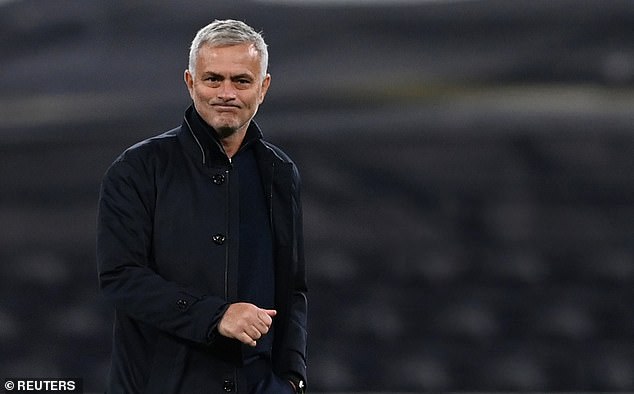 He knows where will be rotation this year due to the fixture congestion, saying: ‘It’s a great squad, it’s got a lot of depth and a lot of good players. Hopefully we can use that to our advantage. Everybody’s going to be used this season and it’s good to have competition.’

In fact, it was another new signing, Carlos Vinicius, that received a lot of the headlines during the game after having putting on an excellent performance where he did everything except get on the score sheet.

Son Heung-Min also got himself a goal, as did Lucas Moura, on a night where Tottenham showed they can still get by without Harry Kane on the pitch.