BBC Match of the Day host Gary Lineker has already bid farewell to a refugee he housed in his Surrey mansion, but declared ‘I’ll definitely do it again’.

The former England and Leicester ace, 59, had announced he was taking in a migrant after he was criticised for virtue signalling when he had publicised their plight.

Lineker – the face of Walkers crisps – revealed his plan on August 12 and said it was being organised by Refugees At Home.

But today, after weeks of radio silence on the move, he revealed the refugee had already been staying in his home with sons George, Harry, Tobias and Angus – and had already moved on.

He said: ‘It’s been fascinating and a real education for my boys as well.

‘And he was brilliant with them. I’ll definitely do it again.’ 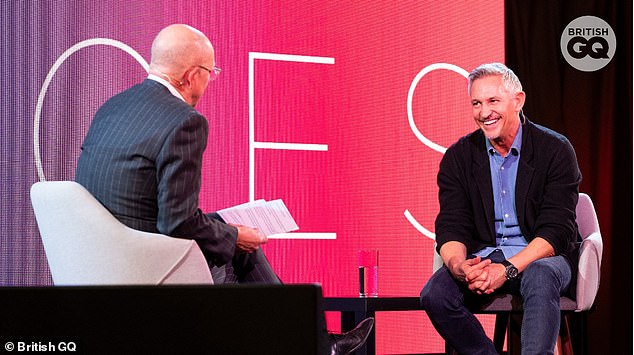 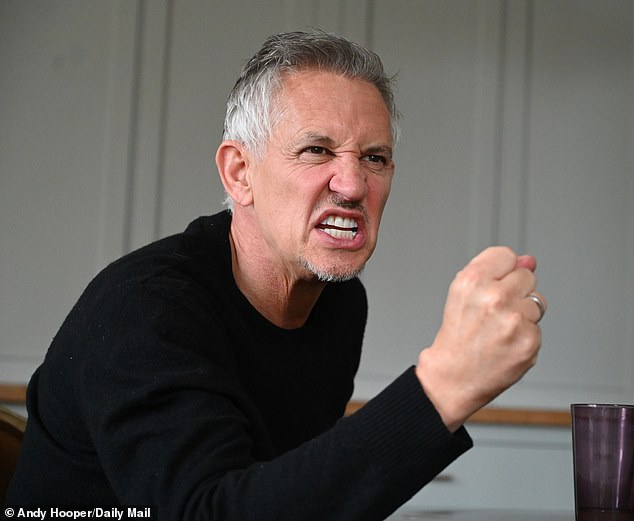 Gary Lineker, at his home in Barnes, in 2020. The refugee stayed in his Surrey property

In the interview with GQ HEROES in association with BMW, he added: ‘The strange argument was “Why don’t you have them in your house, then?”.

‘Having had that constantly thrown at me for years, I thought, “Why wouldn’t I?” My kids are all grown up now, they’re all in their twenties.’

In August Ashfield MP Lee Anderson, 53, slammed the ex-footballer for discussing the record number of migrants who have arrived in the UK on boats this year.

Lineker has also found himself criticised over claims of bias on his Twitter feed.

Two months ago he was critical on the government over its handling of refugees trying to get to the UK. 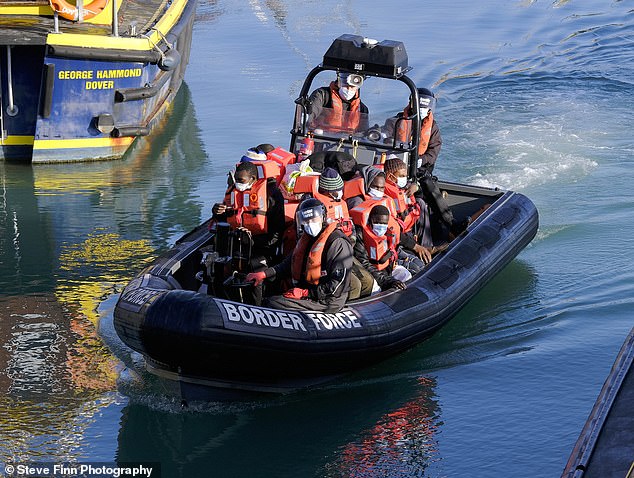 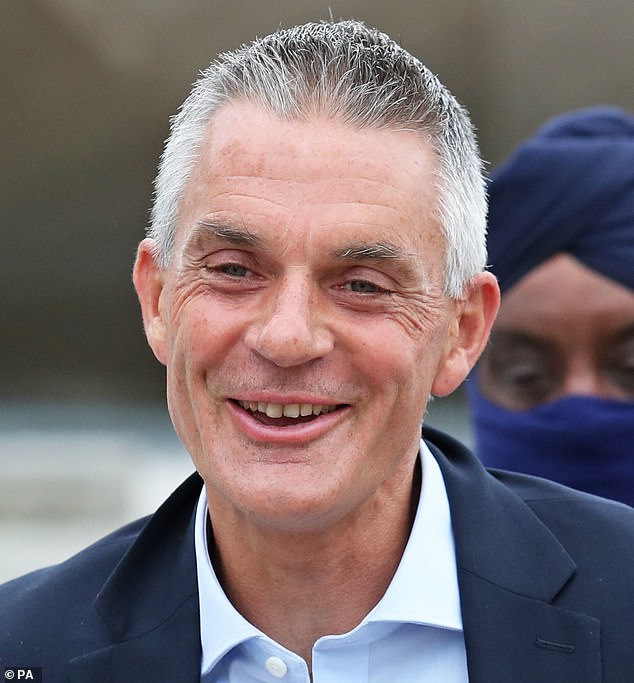 The sportsman added: ‘Can we make it clear that not everyone in this country is heartless and completely without empathy.

‘These poor people deserve the help of their fellow human beings.’

New BBC director-general Tim Davie had warned staff to cut out political tweeting when he took over the reins.

As a freelance presenter Lineker has space to voice his opinions and has not been hamstrung by the BBC’s code of impartiality which restricts full-time employees.

He is among a number of stars told they will not be bound by the new social media rules, with it only expected to impact news and current affairs staff.

Lineker told GQ: ‘I think most of us are cautious. I know people don’t necessarily think I am, but I very much am. I think the BBC has always respected that fact. I’ve never, for example, told anyone who to vote for, or who I voted for any election.

‘The only political things I did were probably around the Brexit thing, which seemed like a different thing to which party you supported necessarily.”

‘I’m not really one of those who slams the government. I try to strike the right balance. Some people will disagree, of course, and some people will see bias, because I think anyone at the BBC knows that if the person has very strong left-wing views, they see the BBC as very right-wing; if they have very strong right-wing views, they see the BBC as very left-wing. And while it strikes that balance, I think it’s probably in the right place. 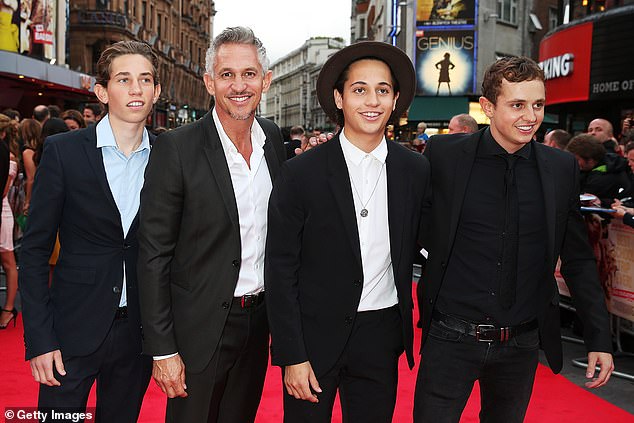 Gary Lineker with his sons Angus, Tobias and George in London’s West End back in 2015

‘It’s not that I’ve lambasted the government’s policy, although I think in recent times it’s been quite worrying some of the soundbites we’ve heard from the Home Office. The refugee crisis is a humanitarian issue that the whole world has to deal with.’

He added he was glad former Telegraph editor Charles Moore had pulled out of the race to become the BBC’s new chairman, but said ex-Chancellor George Osborne could be an interesting prospect.

Lineker, who is worth an estimated £28million and is the BBC’s highest paid sports pundit, lives in a luxurious five-bedroom home in Barnes, south west London.

In April, he shared an image of the makeshift TV studio inside his home he had put together during lockdown to his Instagram.

A crystal chandelier could be seen hanging from the ceiling in a sitting room with lavish décor including a plush turquoise sofa.

Lineker tweeted today that he had enjoyed the interview and added his own take on him being accused of virtue-signalling.

Coronavirus: Woman who lost her father to COVID-19 without saying goodbye campaigns for change