The former Sydney beachside home AFL star Gary Rohan once shared with ex-wife Amie has been sold as speculation about his new relationship continues.

The Geelong Cats forward sent the social media rumour mill into overdrive on Saturday when he shared a photo of himself with a mystery woman and his children while celebrating the first birthday of his youngest daughter Sadie Rose.

The happy snap shows Rohan proudly holding his oldest daughter Bella while smiling at an unnamed brunette cuddling Sadie next to a birthday cake.

Rohan split from his childhood sweetheart and wife of four years Amie in mid-2020, just months after she gave birth to Sadie. He was rumoured at time to have moved on with a young staffer at the Cats.

Rohan is now believed to be dating Madi Bennett, a physiotherapist who previously briefly worked for the Geelong Cats, according to the Herald Sun.

He didn’t caption the photo nor does he identify the woman pictured at his daughter’s birthday. 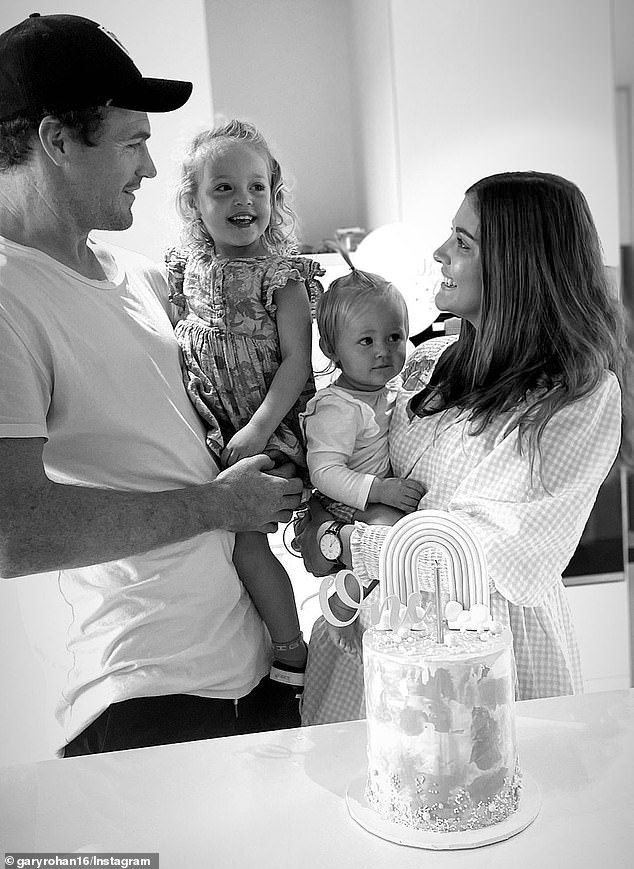 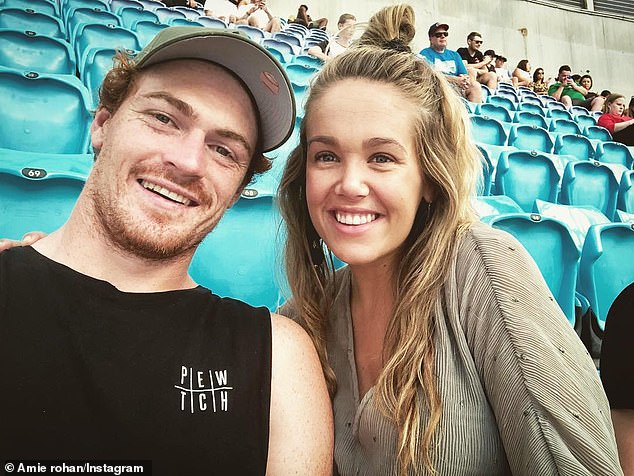 Daily Mail Australia has contacted Rohan and his management for comment regarding the woman pictured on his Instagram story.

Rohan is currently preparing for the Cats’ Easter Monday blockbuster against Hawthorn.

Meanwhile, the former Sydney Swans star has sold the Coogee apartment he once shared with Amie and eldest daughter Bella before they moved to Victoria in late  2018.

The two bedroom apartment was then rented out for $900-a-week before it was listed on the market in March.

The stunning 163sqm apartment located minutes from the beach spent just nine days on the market and was sold before going to auction for $1.4 million, above the $1.25million price guide set by McGrath Estate Agent, the Sunday Telegraph reported.

The lucky new occupants will enjoy a private courtyard complete with a fire pit and a modern CaesarStone kitchen equipped with stainless gas appliances, while the master bedroom has a full ensuite and private balcony. 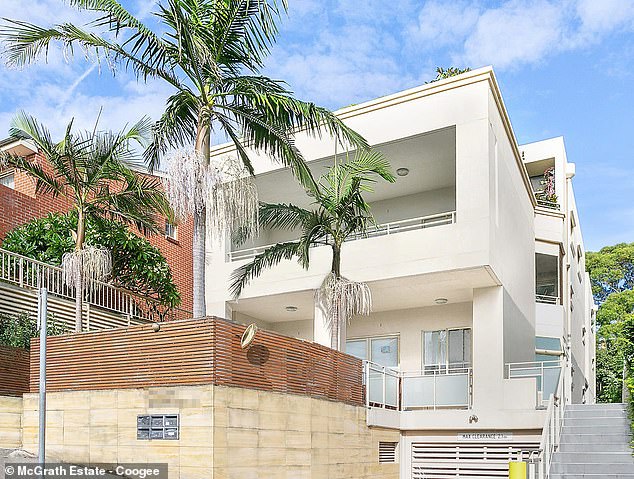 The AFL star recently sold his Coogee apartment for $1.4million before it went to auction. Pictured is the block of units 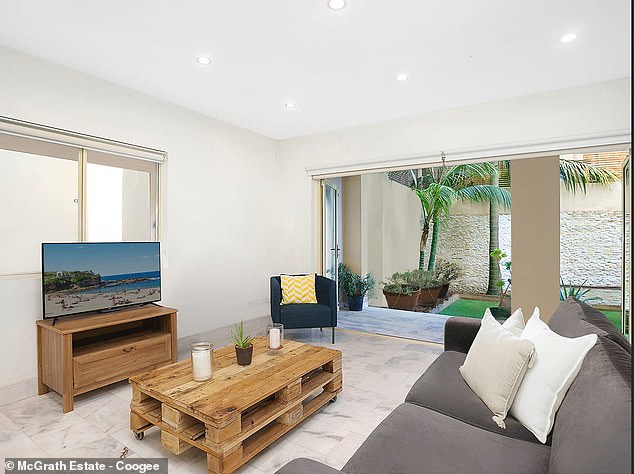 Rohan met his childhood sweetheart Amie  in high school and wed in October 2016 on Hamilton Island in Queensland’s Whitsundays, several weeks after he played in the AFL grand final for his former club Sydney.

On April 12 in 2018, the former couple tragically lost daughter Willow the day she was born.

Her twin Bella survived, after spending three weeks in an intensive care unit.

At the time, Amie Rohan described her now estranged husband as her ‘rock.’

‘Gary was my rock at the time and the support network got us through,’ she said. 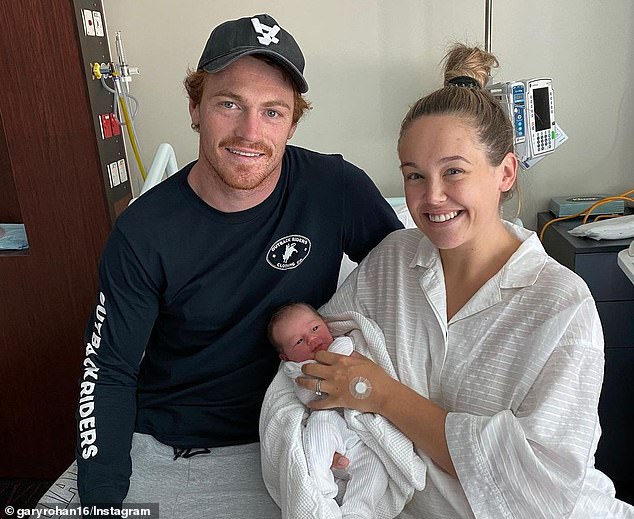 Gary Rohan and his ex wife Amie (pictured following Sadie’s birth in 2020), split last July when he reportedly moved on with a Geelong staffer 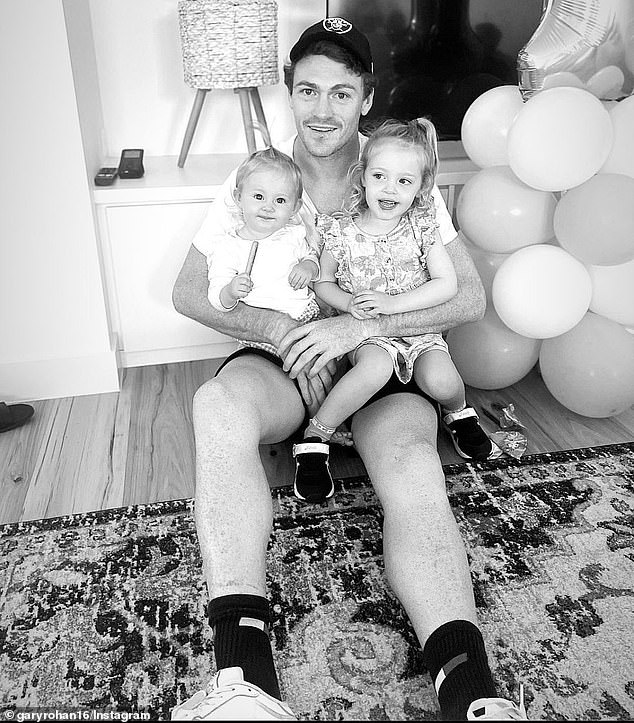 ‘We were dealt a tough blow with Willow and having to be strong for Bella. But we got to meet families that were in [ICU] for months on end.’

Ms Rohan was just 12 weeks through her first pregnancy when she first learned one of her babies would not survive.

The infant was diagnosed with anencephaly, a congenital disorder in which a major part of the baby’s brain fails to develop.

She said her experience spending three weeks in ICU was ‘nothing’ compared to other families’ struggles.

‘It made me realise that there’s always someone in a worse off position,’ she said.

Rohan joined the AFL’s Gold Coast quarantine hub alongside his teammates while Amie stayed behind at home on Victoria’s Bellarine Peninsula with their young daughters.

Amie shared an Instagram post that read: ‘What motherhood has taught me is that I can’t be everything for everyone.

‘I’m slowly learning to outsource where I can and lean on others more to do the things I just can’t keep on top of but it’s all such a learning process,’ she added.

‘Add on top of that grief, separation anxiety and a touch of mental health struggles and it’s honestly just been really bloody hard! Baby steps though.’

Last November, Ms Rohan shared a cryptic post about finding strength through ‘difficult days’ after her AFL star ex was rumoured to have moved on with the Geelong Cats staffer.

She uploaded a post by poet Dhiman about overcoming hurdles and not giving up. 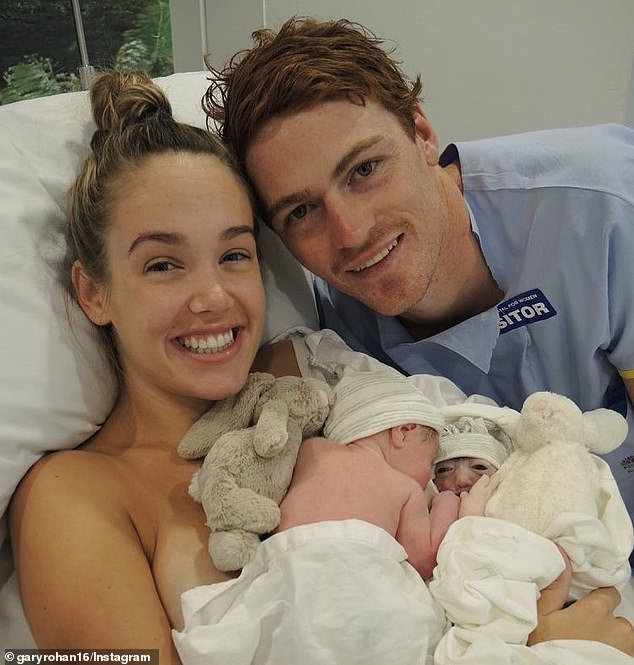 It read: ‘This year you have learned to trust yourself. You have seen your strength rising through your most difficult days.’

‘You have been hurt and there were days when you were falling apart but you have held onto yourself, you did not give up on your heart.

‘And despite all the hurdles on your path, you have managed to come this far.’

Ms Rohan also revealed to Harper’s Bazaar magazine in October 2018, that the couple made the decision to carry both babies to full term.

‘We sat down and said ”this journey has been written for us. Let’s continue on it”,’ she told the publication.

‘We had about five hours with Willow before she passed. In those five hours, I learnt so much about life and how precious it is.’

Her former husband has recently posted motivational quotes in February.

“Eventually you’ll end up where you need to be, with who you’re meant to be with, and doing what you should be doing,” his Instagram affirmation read 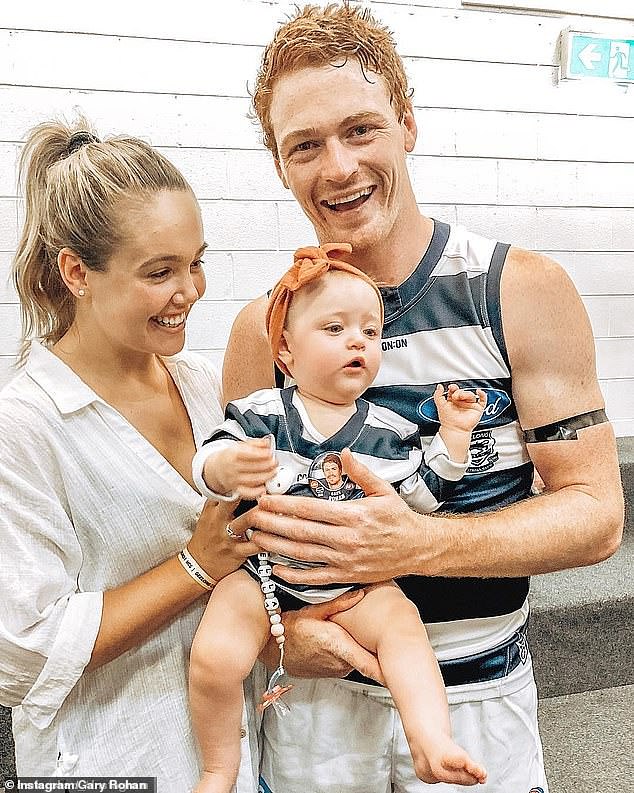