Gary Rowett is set to miss at least Millwall’s next three Championship games after the Lions boss tested positive for Covid-19.

The London club confirmed via a statement on Friday evening that the 46-year-old awoke with ‘very mild’ symptoms for the virus this morning, resulting in him not taking training as usual while he awaited the results of a test.

The test returned positive and Rowett must now isolate for 10 days in accordance with Government protocol, meaning he will not be in attendance at The Den when his side take on Barnsley on Saturday. 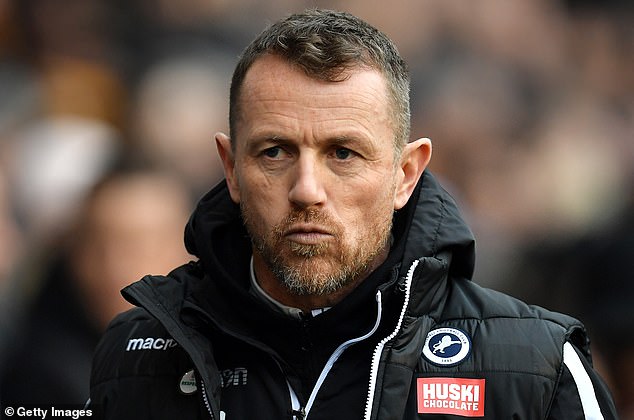 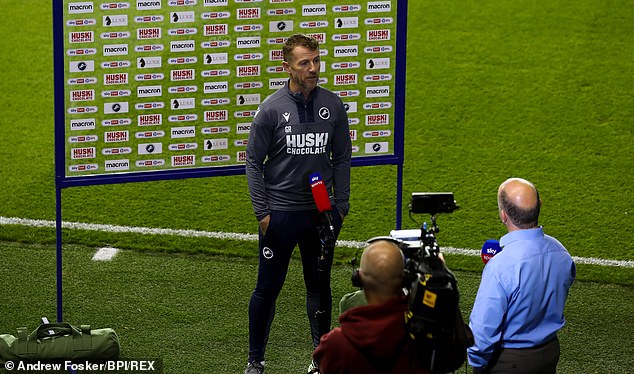 The 10-day timeframe also means the former Birmingham, Stoke and Derby boss will miss the trip to Preston on Wednesday as well as the visit of Huddersfield on October 31.

The Lions’ trip to Carrow Road to take on Norwich City on November 3 falls one day outside the 10-day window that the boss must follow.

Adam Barrett, Rowett’s assistant, will take charge in the manager’s absence. As was the case with West Ham boss David Moyes, Rowett will still be able to make key decisions and communicate with the bench via phone. 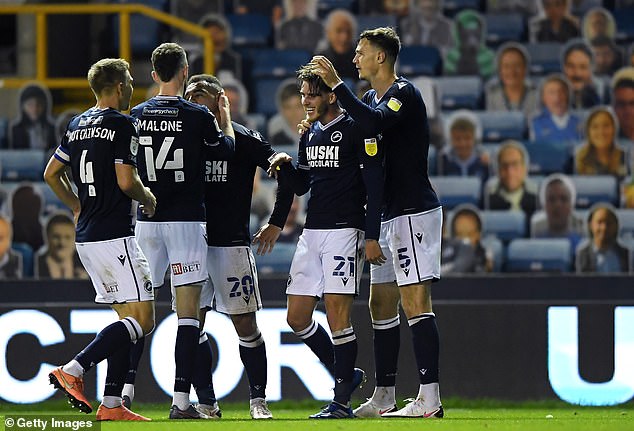 Rowett will miss games against Barnsley, Preston and Huddersfield in the next 10 days

‘Millwall Football Club can confirm that its manager, Gary Rowett, has tested positive for Covid-19,’ the club’s statement read.

‘Rowett woke up this morning (Friday) with very mild symptoms of the virus and consequently took a test. He did not oversee training at Calmont Road ahead of Saturday’s game against Barnsley.

‘In line with existing Government guidelines, the Lions boss will self-isolate for a period of 10 days. Assistant manager, Adam Barrett, will lead the team throughout Rowett’s absence.’

The Lions have started the season strongly after just missing out on a play-off spot in the 2019-20 campaign. The club are in sixth place, having lost just one of their league fixtures so far.