That’s fishy! Twenty workers from a salmon processing plant are hospitalised – as authorities reveal the VERY unlikely cause of their illness

Forklifts may have caused the gas leak at a salmon processing plant in southern Tasmania that resulted in 20 people being taken to hospital.

Tassal’s Strathblane facility near Dover was evacuated at about 11.30am on Sunday.

Twenty people were taken to the Royal Hobart Hospital for assessment, with six remaining overnight in a stable condition.

Tasmania Fire Service said initial assessments indicated that carbon monoxide from the operation of forklifts inside the building is likely to blame.

WorkSafe Tasmania is investigating the incident.

Australian Workers Union representative Robert Flanagan said it appears the forklift being used was not fit for purpose. 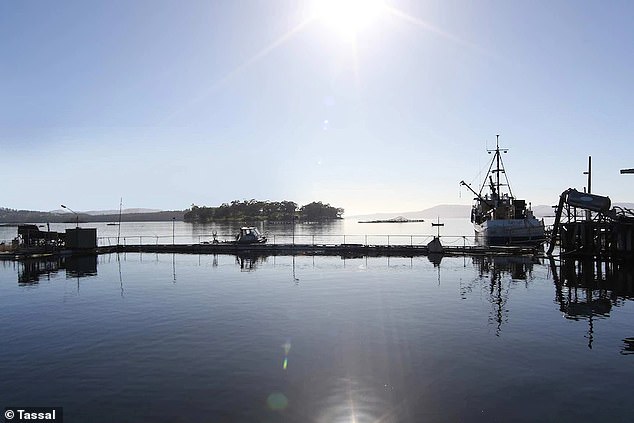 Tassal’s operations at Dover, Tasmania have been rocked after 20 people were hospitalised on Sunday following a gas leak

‘We don’t understand how that could’ve happened,’ he told ABC radio.

‘We have been in discussions with the company (Sunday) afternoon regarding the matter, through into the evening.’

Tassal said investigations by the company are underway.

‘We have been given clearance from the authorities to recommence operations,’ a spokesman said in a statement.

The Strathblane plant is Tassal’s original processing facility and has been operating since 1986.

KT McFarland: Biden’s European grand tour is full of opportunities for US leadership – will he seize them?

Critical race theory: Diverse group of mothers from across the country speak out

"Critical race theory," the phrase that has captured headlines and driven news cycles, was once relegated...

KT McFarland: Biden’s European grand tour is full of opportunities for US leadership – will he seize them?