GEOFFREY LEAN: UK agriculture is on the line during vote this week


Just when it seemed that this Government could not possibly become more cynical or Stalinist in its refusal to protect us from substandard, unhealthy food, it has outdone itself.

On Sunday, it emerged that it is planning to use an obscure and underhand parliamentary manoeuvre to stop MPs making a last-minute bid to exert some control on post-Brexit trade deals that could allow chlorinated chicken, hormone-stuffed beef and other imports with a suspect provenance on to our supermarket shelves and into food-processing factories and catering outlets.

In doing so it is showing its contempt for Parliament and public, for British farmers and for its own advisers.

On Monday, MPs have a last chance to amend the new Agriculture Bill, which will shape future trade deals on food, to ensure that agreements with the US and other countries do not facilitate an influx of food produced to less stringent health and animal welfare standards than our own – thus undercutting our own farmers. 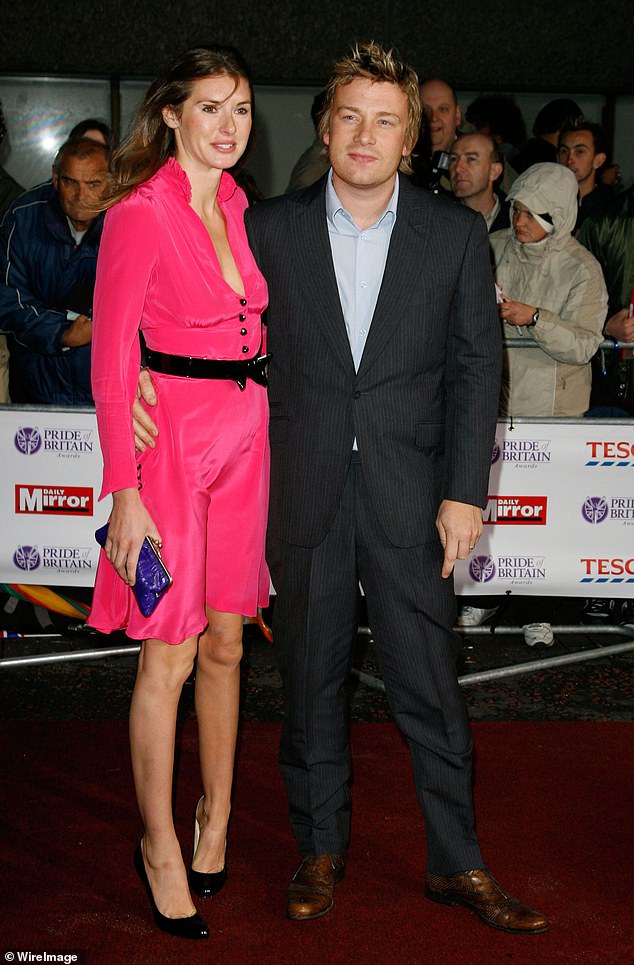 On Monday, MPs have a last chance to amend the new Agriculture Bill. In the words of TV chef Jamie Oliver (above with wife Jools), the Bill ‘will determine the way we shop and eat for ever’

So far, despite an overwhelming public outcry led by experts and backed by leading chefs, ministers have stubbornly rejected every attempt to write safeguards into the Bill.

Last month, however, the House of Lords voted two amendments through, by big majorities – and these now go before the House of Commons.

An increasing number of Tory MPs have been expected to support them.

But, scandalously, ministers have decided not even to allow a vote on the one most likely to pass – a measure that would have set up a new permanent and independent watchdog, a Trade and Agriculture Commission, to scrutinise deals and give MPs greater power to reject them.

Lord Curry of Kirkharle, a respected food and farming expert who introduced the amendment, calls this ‘unbelievable’.

Neil Parish, the Conservative chair of the Commons environment committee, adds that MPs are ‘wrongly being denied a say’.

As this paper and its sister paper The Mail on Sunday have been pointing out for months, the stakes could hardly be higher.

In the words of TV chef and food campaigner Jamie Oliver, the Bill ‘will determine the way we shop and eat for ever’. He warns of a ‘potential catastrophe’.

Britain’s agriculture is also on the line. Our farmers simply cannot compete with cheaper food produced to low US standards, Many, particularly those running family farms, would face bankruptcy.

Just about everyone gets this – except, it seems, the Government.

A coalition of farming, environmental, animal-welfare and consumer groups has campaigned hard all summer to alert politicians and consumers to the dangers.

Farmers have been demonstrating all over the country.

And prominent Government supporters such as Theresa Villiers, a former environment secretary, and Henry Dimbleby, the founder of Leon restaurants who is leading a review of food strategy, have also begged for a change of course.

MPs have received more than 30,000 protesting emails in the past fortnight. A million people signed a petition in just a few days. 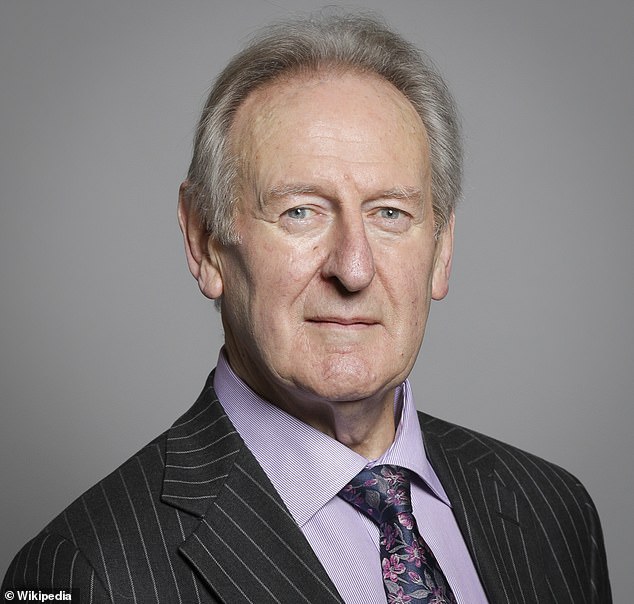 Lord Curry of Kirkharle, a respected farming expert who introduced the amendment, calls ministers’s decision not to vote on a measure for an independent watchdog ‘unbelievable’

Opinion polls consistently show that more than 90 per cent of Britons want present farming standards to be maintained.

And no wonder! Britain comes near the top of a world ranking compiled by Yale University for high-quality, environmentally friendly farming.

And it is doing better than almost anywhere in minimising the use of harmful antibiotics.

But the US, with whom trade negotiations are under way, is determined to flood Britain with its inferior produce – and to use this country as a bridgehead for spreading it throughout Europe.

And this is not just a matter of chlorinated chicken or hormone-fed beef, unacceptable as both are.

The US uses five times as much antibiotics per animal as we do, drenches its crops in hundreds of pesticides we ban and permits many food additives suspected of causing cancer and other serious illnesses that we outlaw.

It is also trying to stop us using warning labels, so people will not even be able to choose what they eat.

New research from George Washington University shows 90 per cent of turkey, 80 per cent of chicken and 70 per cent of beef products on US shelves show unacceptable bacteriological contamination.

Diabetes almost doubled in Canada after a US trade deal allowed the import of more sugary foods.

But the Government seems deaf and blind to all this. Boris Johnson’s controversial aide Dominic Cummings has reportedly told ministers to make no concessions. 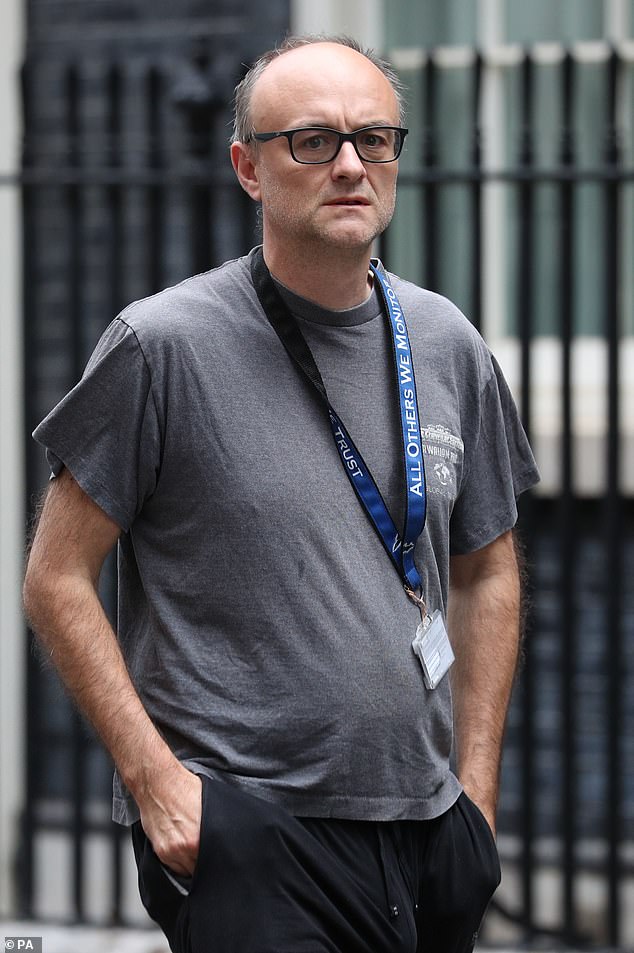 Boris Johnson’s controversial aide Dominic Cummings has reportedly told ministers to make no concessions. Instead, they insist that the Bill contains all necessary protection

Instead, they insist that the Bill contains all necessary protection and counter that it would cost money to set up the new watchdog.

But this would be infinitesimal compared to the £10billion (and counting) being spent – ineffectually, some would say – on the NHS Covid test-and-trace scheme.

We should, we are told, trust the Government to set up a ‘world-leading’ scrutiny process. Where have we heard that sort of language before?

What trust remains is running out fast. This Government is already losing the loyalty of its MPs faster than any on record.

Its dirty dealing, and outright contempt, in denying Monday’s vote can only make things worse down the line, further imperilling, for example, its deeply unpopular planning ‘reforms’.

And what about the public, which is more united on this issue than any other in recent memory?

Surely it will decide that this – and the Government’s increasing high-handedness – is, quite literally, simply too much to swallow.