George Bush: Violence in Washington is disgusting, and we are not in the Banana Republic 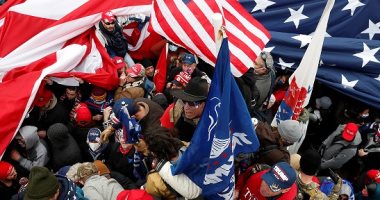 Former US President George W. Bush said that the violence in Washington is disgusting and unfortunate, commenting on the storming of the US Congress, according to an urgent news broadcast by Al Arabiya a short while ago.

Former US President George W. Bush added: This is how the election results are contested in the banana republic and not in a democracy.

Earlier, demonstrators who supported the US President, Donald Trump, stormed the courtyards of Congress where the confirmation session was on Biden’s victory, according to urgent news for Al Arabiya..