George Russell takes to the track in Lewis Hamilton’s Mercedes for first practice at the Sakhir Grand Prix… and quickly gets up to speed after temporarily setting the quickest time!

George Russell hit the track for the first time in Lewis Hamilton‘s Mercedes as he prepares to take the world champion’s place for Sunday’s Sakhir Grand Prix.

Hamilton is ruled out of the race having tested positive for coronavirus on Monday just a day after winning the Bahrain Grand Prix at the same circuit.

Russell was out early in the session that started under the floodlights at dusk in Sakhir as Mercedes looked to give him as much experience possible behind the wheel in his debut for the team. 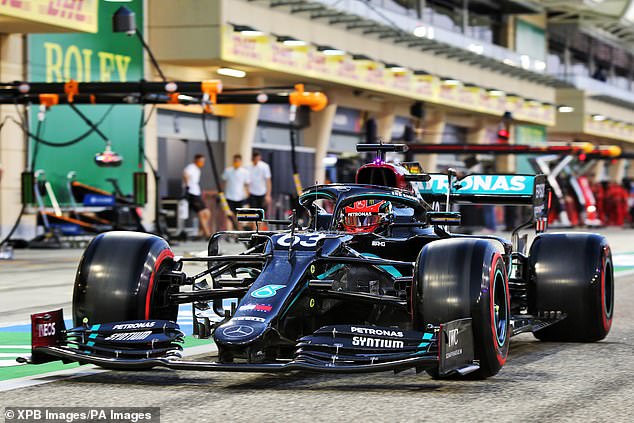 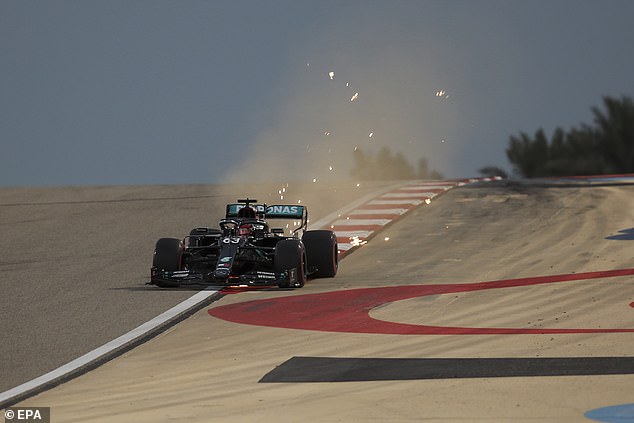 Initially the Brit struggled to match the performance of the seven-time world champion he is replacing and early on was a second off the pace set by his team-mate Valtteri Bottas.

Howeere as his confidence grew he soon usurped Bottas at the top of the timehseets, before he was beaten by Max Verstappen.

The 22-year-old has spent the year driving for Williams who have been largely running at the back of the grid.

Yet despite being given little opportunity to impress, he has shown glimpses of his talent that earned him a call-up to the Mercedes team. 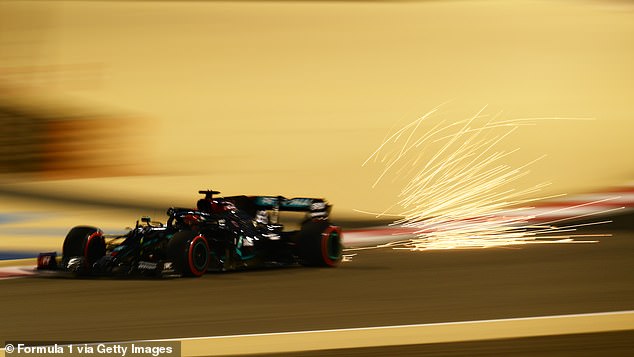 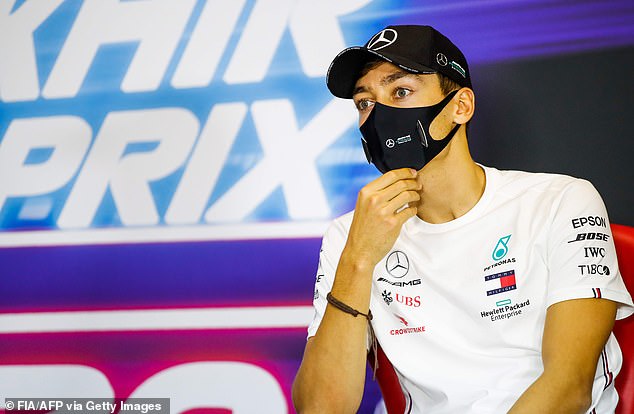 With a Mercedes contract, Russell is effectively on loan at Williams but is hoping a strong performance this weekend could help him land a Mercedes drive in the future after Hamilton, who is 35, retires from the sport.

The Sakhir GP will see two debutants, with Jack Aitken replacing Russell at Williams and Pietro Fittipaldi at Haas who is the grandson of two-time world champion Emerson.

Fittipaldi is standing in for Romain Grosjean who is recovering following the minor burns he suffered in last weekend’s terrifying 140mph crash during the Bahrain Grand Prix that saw the Frenchman’s break apart before exploding into a ball of flames.

Grosjean was back at the circuit on Friday where he was reunited with the doctor Ian Roberts and medical car driver Alan van der Merwe that helped rescue him from the fire. 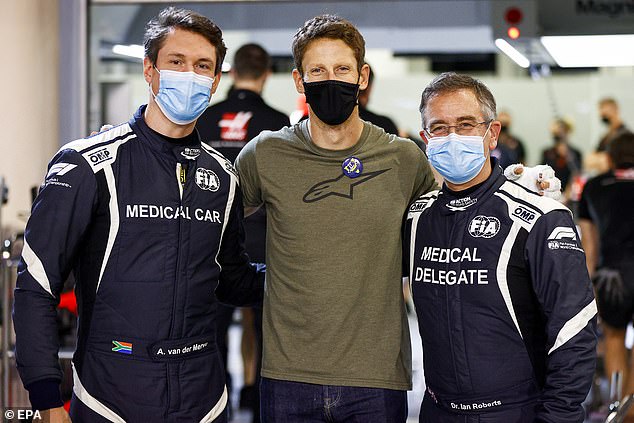 Lithgow woman, 49, allegedly pretended to be a firefighter to claim $200,000 in support payments

What makes Dubai the ‘City of Gold’?

Is Stellar (XLM) going up or down? Here’s my price prediction for April