The College Football Playoff outlook changed Saturday night. Yes, Alabama beat Georgia. That wasn’t unexpected. However, the potential for the Bulldogs winning the rematch in the SEC championship game became less clear. The Crimson Tide’s offense was too much for them.

Georgia can still run the table in its remaining games – the only ranked opponent left is No. 8 Florida on Nov. 7. But without a conference title, it’s hard to see a compelling argument for them in the playoff unless at least two of the Power Five conference champions are clearly inferior.

The biggest beneficiary of Saturday night is Oregon. The Ducks will only play six conference games and a Pac-12 championship game — if they make it that far. None of their scheduled opponents is currently ranked. How would a 7-0 Oregon stack up against a 9-2 Georgia with its only losses to Alabama? That’s sure to be an interesting debate if we reach that point.

There’s also the American Athletic to consider. Cincinnati and SMU are the league’s only unbeatens. They play Saturday with the winner taking a big step forward in the playoff race. It’s conceivable either could make the field with an 11-0 record given the overall strength of the league this year being comparable to the Pac-12 and Big 12.

SURREAL START: Ohio State’s opener will be unique scene with no fans or band

RE-RANK: Clemson keeps lead on Alabama as this week’s 1-127 gets shuffled

HIGHS AND LOWS: Winners and losers from Week 7 in college football

For now, the projected spot in the playoff behind Clemson, Alabama and Ohio State goes to Oregon. The Ducks don’t start until Nov. 7, so it will still be some time before they can be assessed.

The rest of the postseason has been cleared up with the NCAA waiving any win requirement for bowl eligibility. No replacement teams should be needed as conferences are expected to fulfill their bowl allotments. 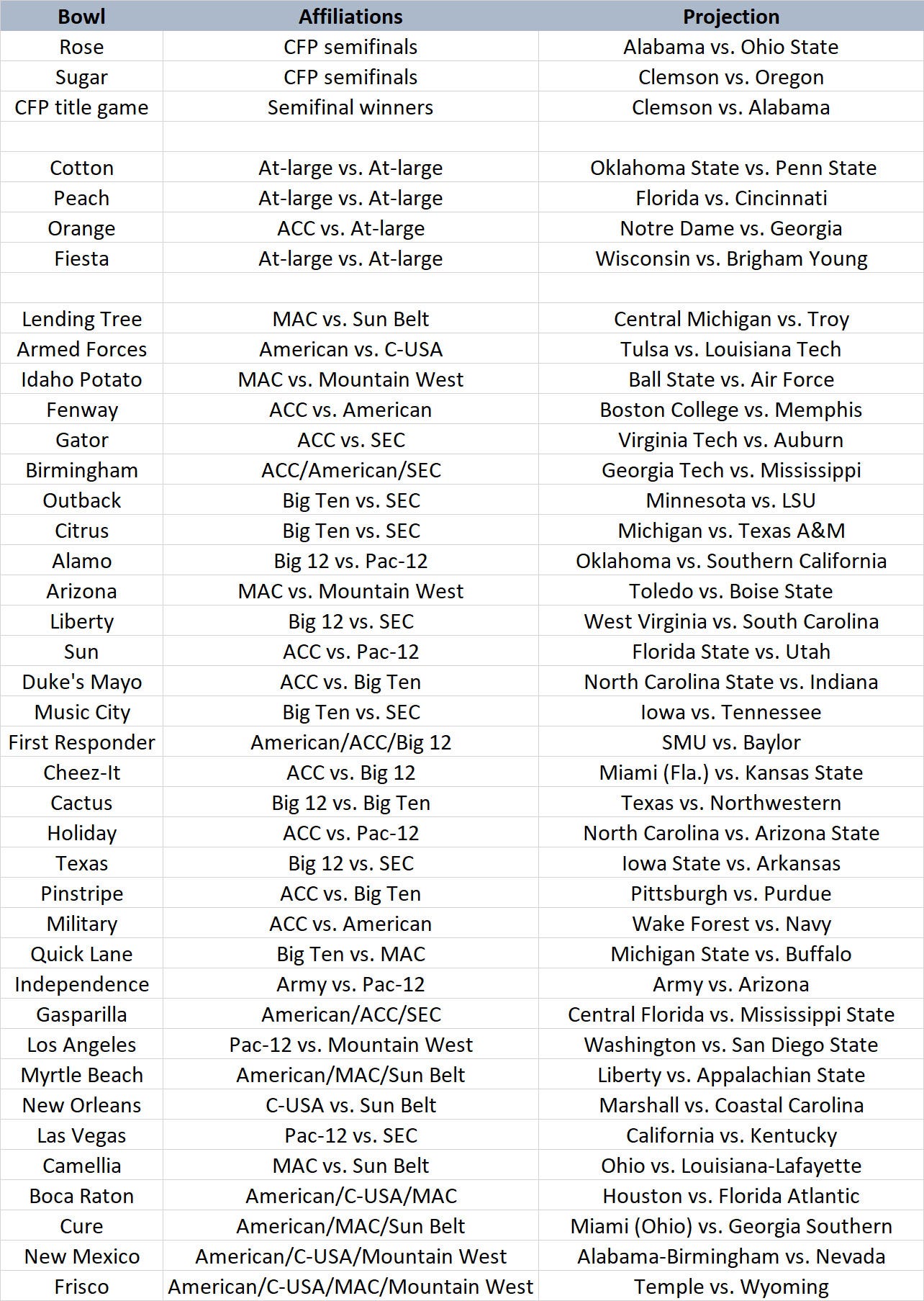