Georginio Wijnaldum fulfilled Virgil van Dijk‘s special request for a goal against Wolves before paying homage to his stricken team-mate on Sunday.

The midfielder, who was outstanding in Liverpool‘s 4-0 win in front of 2000 fans at Anfield, curled in a brilliant effort to double the lead before performing Van Dijk’s signature celebration, putting his hand under his chin and wiggling his fingers.

After the game he explained to the club’s website: ‘I already said that every goal I score this year I will dedicate to him because we all miss him. 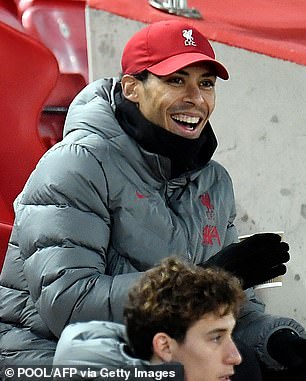 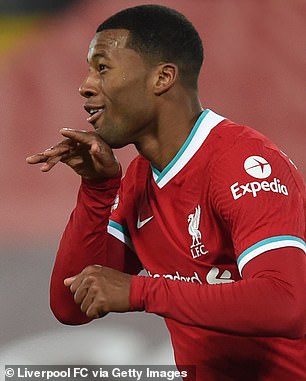 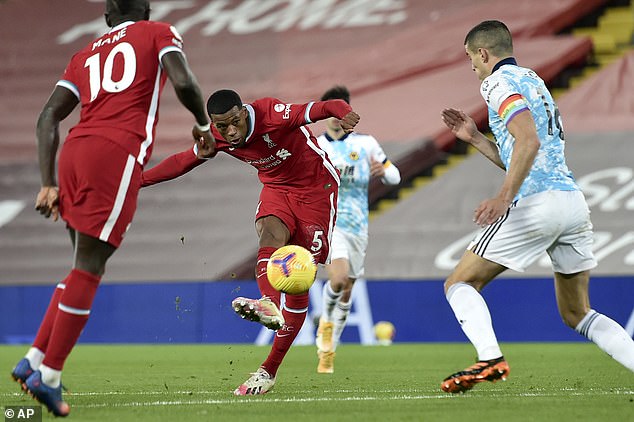 ‘It was great to have him back. He said to me in the dressing room, “I want to see something today, I want a goal” so I said: “No problem!”‘.

Van Dijk, who is rehabilitating his devastating knee ligament injury and battling to recover before the end of the season, was watching the game a few seats behind the dugout.

The central defender reacted with a beaming smile when Wijnaldum wheeled towards him with the familiar celebration after putting Liverpool 2-0 ahead.

It was a fitting goal and performance for Liverpool to welcome fans back fro the first time since the outbreak of the coronavirus pandemic.

Wijnaldum added: ‘It’s a moment that we looked forward to for a really long time, we were already excited and it was good to give them a 4-0 win and a good performance.

‘Everyone knows that the fans and the crowd in Anfield is really vital for the team and can give the team an extra boost and that’s what they did today. I think it was 2,000 fans but the noise they made was unbelievable for 2,000 people.’ 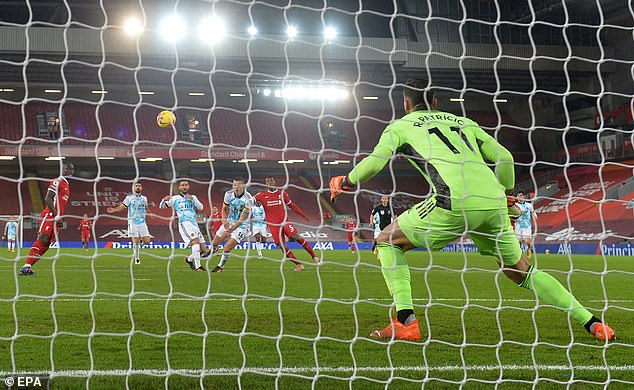 Despite the busy fixture list, Wijnaldum has been a mainstay in the side in recent weeks and is relishing the chance to play so regularly.

‘It can look like, “I always play a lot of games, it’s hard and difficult” but I always try to look at the bright side,’ he said.

The win took Liverpool level on points with Tottenham at the top of the Premier League table.

Next up for Jurgen Klopp’s side is a trip to face Midtjylland on Wednesday but Liverpool have already qualified for the Champions League knockout stages so can rest a number of frontline players. 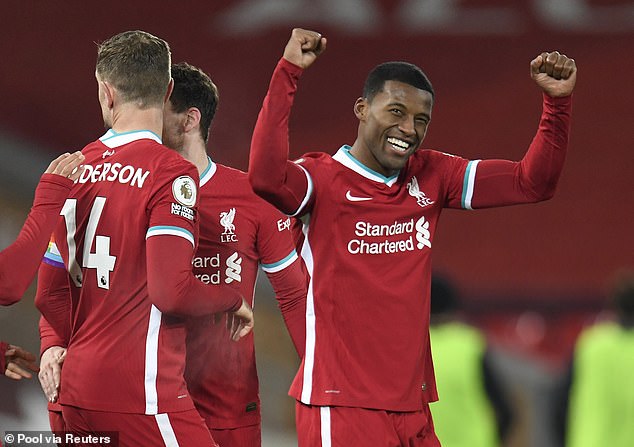 Terrorist who beheaded French teacher is buried in Chechnya