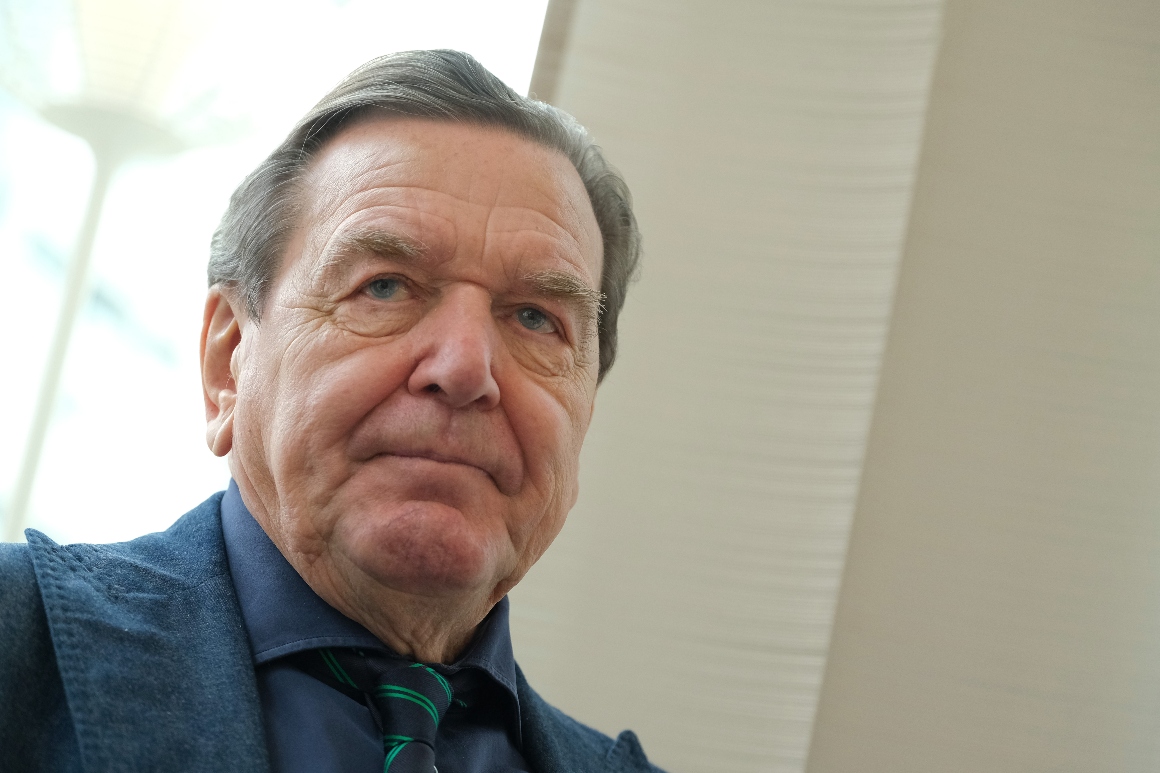 Former German Chancellor Gerhard Schröder is in Moscow to meet Russian President Vladimir Putin on Thursday as part of a mediation effort to end the war in Ukraine, sources familiar with the matter told POLITICO.

Schröder has come under fierce criticism at home and abroad for refusing to sever his close ties to Moscow following Putin’s invasion of Ukraine. Even several of his office staff quit last week after he insisted on keeping his senior roles at Kremlin-linked energy giants Rosneft and Gazprom.

Schröder, a Social Democrat, served as German chancellor from 1998 to 2005. He has since enjoyed a lucrative business career thanks to his Russian energy roles.

Schröder’s Moscow visit followed talks in Istanbul with a Ukrainian politician who is a member of the country’s delegation for peace talks with Russia, the sources told POLITICO.

“Ukraine wanted to see if Schroeder could build a bridge for dialogue with Putin,” according to a person familiar with the matter.

German government officials said they had not been informed in advance of Schröder’s initiative.

Since Russia launched its invasion on February 24, Ukrainian and Russian negotiators have held three rounds of talks in Belarus but those discussions have yielded little.