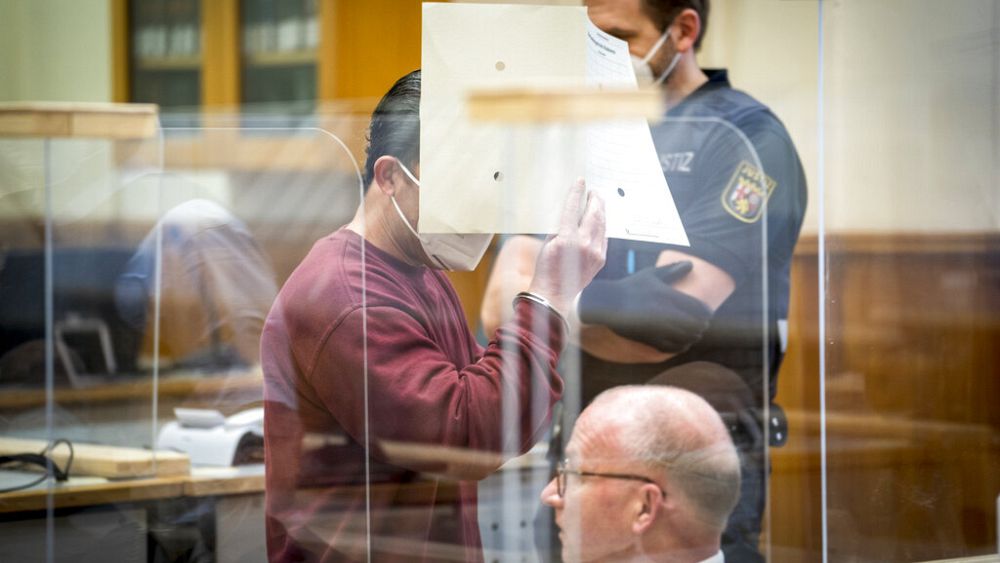 A former member of Syrian President Bashar Assad”s secret police was convicted Wednesday by a German court of facilitating the torture of prisoners in a landmark ruling that human rights activists hope will set a precedent for other cases.

Eyad Al-Gharib was convicted of accessory to crimes against humanity and sentenced by the Koblenz state court to four-and-a-half years in prison, the DPA news agency reported.

It was the first time that a court outside Syria ruled in a case alleging Syrian government officials committed crimes against humanity. German prosecutors invoked the principle of universal jurisdiction for serious crimes to bring the case that involved victims and defendants who were in Germany.

Details of the ruling were not immediately available, but Al-Gharib could have been sentenced to more than a decade behind bars. However, judges considered his defection and court testimony as mitigating factors.

The 44-year-old was accused of having participated in the arrest and incarceration in a secret detention center of the regime, “branch 251” or Al-Khatib, of at least 30 demonstrators at the end of a rally in Douma, capital of Eastern Ghouta, in September or October 2011.

The evidence reviewed during the trial included photographs of thousands of alleged victims of torture by the Syrian government. The images were smuggled out of Syria by a police officer.

As the tenth anniversary of the start of the popular uprising in Syria approaches on March 15, 2011, it is the first time in the world that a court has ruled on a case related to the brutal and bloody repression by Damascus of protests for the freedom organized as part of the “Arab Spring”.

He was the first of the two defendants who appear since April 23 before the High Regional Court of Koblenz (west) to receive his sentence, the judges having chosen to split the proceedings in two.

The second accused, Anwar Raslan, 58, considered much more central in the vast Syrian security apparatus, is being prosecuted for crimes against humanity for the death of 58 people and the torture of 4,000 detainees in particular.

The trial of this former colonel is expected to last at least until the end of October.

To try them, Germany applies the principle of universal jurisdiction, which allows the perpetrators of the most serious crimes to be prosecuted regardless of their nationality and where the crimes were committed.

Moreover, the influx of refugees from Syria’s conflict into the country since 2015 has provided prosecutors with first-hand evidence and access to witnesses.

Where did you work remotely during COVID-19 pandemic? It may affect your taxes

Where did you work remotely during COVID-19 pandemic? It may affect your taxes