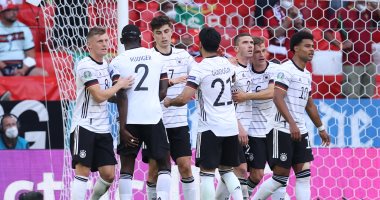 Germany will host Liechtenstein at 9:15 pm today, Thursday, at the Rheinpark, as part of the fourth round of Group 10 of the European qualifiers for the 2022 World Cup.

Germany will host Liechtenstein today, then host Armenia on the fifth of September, and visit Iceland on the eighth of the same month, in the tenth group matches of the qualifiers..

Germany is in third place in the group with 6 points from two wins and a defeat, 3 points behind the leaders Armenia, while Liechtenstein is at the bottom of the group without a balance of points.

The German national team’s confrontations tonight are the first under the leadership of Hans Flick, the former Bayern Munich coach, who took over the task instead of Joachim Loew, after the end of the last European Nations Championship “Euro 2020”.“.

Flick included many new faces for the German national team, most notably Karim Adeymi of Austrian Red Bull Salzburg, and David Raum, defender of Hoffenheim, while Barcelona goalkeeper Marc ter Stegen is absent due to lack of readiness after returning from injury..

Natural ways to get rid of acne.. Use turmeric and a mixture of honey and cinnamon