Germany wins the first half against Iceland with the double of Gnabry and Rudiger.. Video 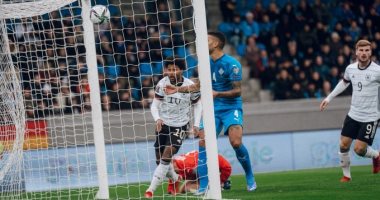 The German national team finished the first half of its match against Iceland, with a 1-0 lead, in the meeting that brings the two teams together at the “Lawardalsvolor Stadium”, as part of the sixth round of the tenth group in the European qualifiers for the 2022 World Cup in Qatar.

The German team leads the tenth group table with 12 points, collected from 4 wins and a loss, while Iceland occupies the fifth and penultimate place with 4 points.

Hans Flick, the new coach of the German national team, hopes to continue to win the successive victory, after winning the last two matches against Liechtenstein and Armenia.

In the same group, Armenia will face Liechtenstein, and North Macedonia will host Romania.