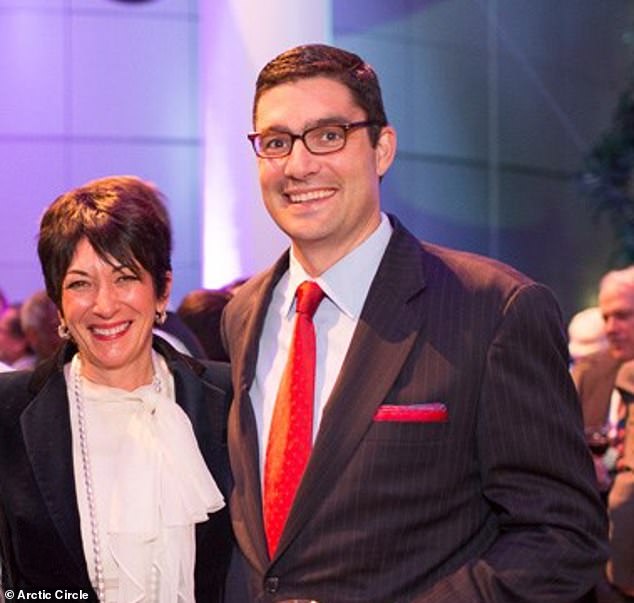 Ghislaine Maxwell’s representative last night denied claims that she was planning to divorce her secret husband – insisting the couple are ‘devoted and mutually supportive’.

The statement was made after New York prosecutors alleged that Maxwell’s 2016 marriage to US tech entrepreneur Scott Borgerson was on the rocks when she was arrested in July.

A faltering marriage could seriously scupper her application for bail ahead of her trial next year, as it would suggest she has few ties to the US and may flee home to Britain if she’s let out of prison.

Maxwell – who is alleged to have recruited girls for billionaire paedophile Jeffrey Epstein – last week submitted a £21million bail package which would involve her staying under armed watch in a New York apartment.

She and Mr Borgerson – whose marriage was a secret until last week – have pledged £17million of their own property and assets to try to free her before Christmas while she awaits trial for procuring girls for Epstein, who killed himself while in custody last year.

Another £3.7million would be put up by family and friends while Maxwell, 58, would also give up her passports.

But prosecutors responded by saying the image of a loving marriage in the bail application papers do not tally with the ‘plainly inconsistent statements’ she made to pre-trial services after her arrest.

They claim she said she was ‘in the process of divorcing her husband’ in July – while her recent bail application says he is her strongest tie to America.

Prosecutors said this showed the British socialite does not have attachments to America and that the bail application she offered up this week should be denied.

Yesterday, Maxwell’s representative Brian Basham, a British PR executive who is heading the campaign for her bail release, strongly rebutted this claim.

He said: ‘All will become clear in due course as the court processes grind through. There is no question of them divorcing. They are a devoted and mutually supportive couple.’

Mr Borgerson himself has also filed a letter to the court to support his wife, saying that she is a ‘wonderful and loving person’.

The prosecution said that Mr Borgerson, 44, coming forward now should be given ‘little weight’ as he didn’t during her first bail application in July.

Overall, the prosecutors concluded that Maxwell represents a serious flight risk as she otherwise faces 35 years in jail.

She is also accused of perjuring herself in a separate civil case and denies all the allegations.

Ukraine records 6,545 new infections and 80 deaths from the Corona virus