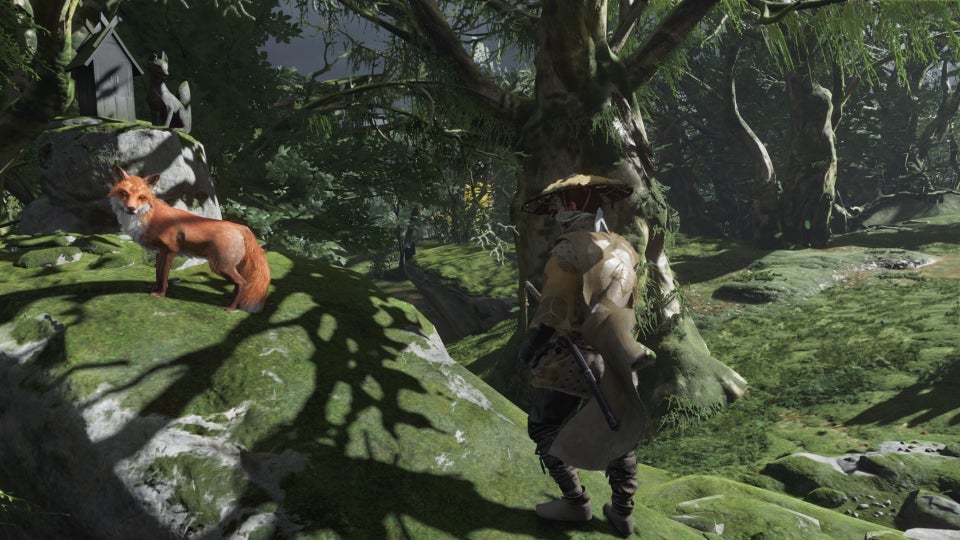 A new Ghost of Tsushima update has made the already-adorable foxes in the game even cuter.

Throughout Ghost of Tsushima’s map, there are fox dens to find. Upon completing a given fox den, Jin Sakai pets his new furry buddy goodbye (ok, you don’t have to pet the fox but come on — who’s not going to pet them?). The foxes love it, of course, but a new update makes them even more excited for incoming pets.

Famed Twitter account, CanYouPetTheDog, which tracks whether or not you can pet dogs and other animals in games, tweeted about this new update and the new animations foxes in Ghost of Tsushima have, as reported by GameSpot. Sucker Punch Productions’ communications person, Andrew Goldfarb, confirmed the new fox-related features on Twitter as well.

Have you played Ghost of Tsushima?

As you can see in the video above, foxes will now yap in excitement for the pets they’re hoping Jin will give them. They’ll also tap on the ground excitedly before rolling over onto their backs to prepare for some belly rubs.

Foxes are just one of the types of animals in Ghost of Tsushima that Jin can pet — the 1.1 update released last October allowed players to befriend and pet dogs.

GameSpot notes that the Director’s Cut of Ghost of Tsushima also adds kittens and monkeys that can be pet by Jin as well.

More games should follow in the footsteps of Ghost of Tsushima, really — are bug squashes and balance fixes important when updating a game? Sure, but let’s not forget about updating games to make it so that players can pet more animals, too.

The Top Gun: Maverick expansion for Microsoft Flight Simulator has technically been delayed as a result of the movie's recent delay. Asobo Studio and Microsoft have been clear...