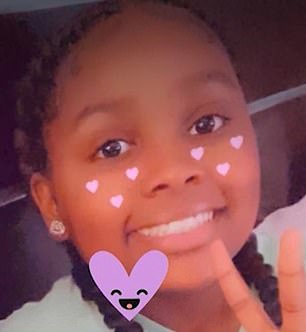 Aaleya Carter, 12, was killed early Saturday morning in the St. Louis area when the car she was traveling in was swept away by floodwaters and she was carried into a concrete storm drain. She had just celebrated her birthday on Wednesday

A 12-year-old girl coming home from the movies with her family was killed in St. Louis early Saturday morning when their car caught in powerful flood waters.

Aaleya Carter was traveling with her family at around 1.30am near St. Louis International Airport when their car was swept into a concrete storm train.

Stuck just south of the airport, Carter’s mother, brother and sister were able to escape the vehicle safely, according to authorities, but she was swept away by the currents and her body was found hours later in a nearby creek, less than a mile north of the airport.

She had just celebrated her 12th birthday on Wednesday.

‘She was out this morning with her mom and brother, and sister enjoying her birthday,’ Carter’s grandmother, Tanya Carter, told Fox 2.

Highway authorities said the water may have reached up two feet deep, and that other cars on the road had also tried to navigate the waters but stalled.

‘The water, I was told by witnesses, got up to two (feet) over the interstate,’ Missouri State Highway Patrol Cpl. Juston Wheetley told the station. ‘Some vehicles were traveling and trying to navigate the water became disabled on the interstate.’ 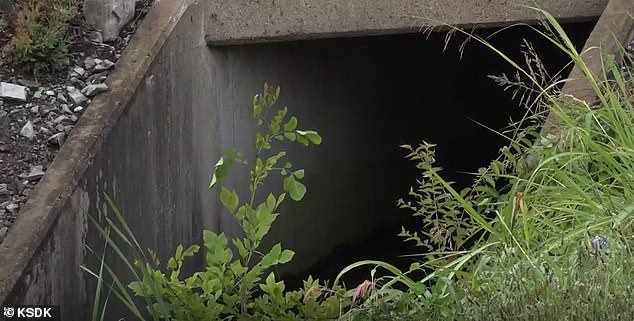 Carter and her family were driving near the St. Louise International Airport early on Saturday when their car was swept into this storm drain 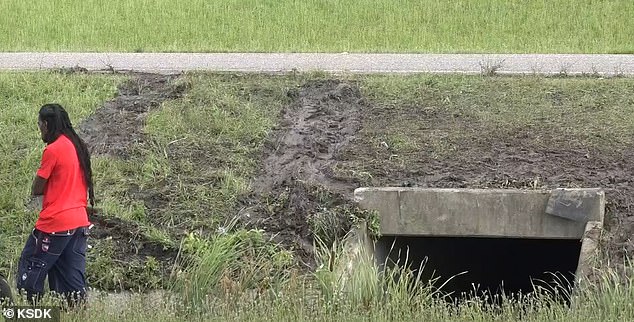 Trapped, the family tried to escape, but Carter was swept away by the strong currents 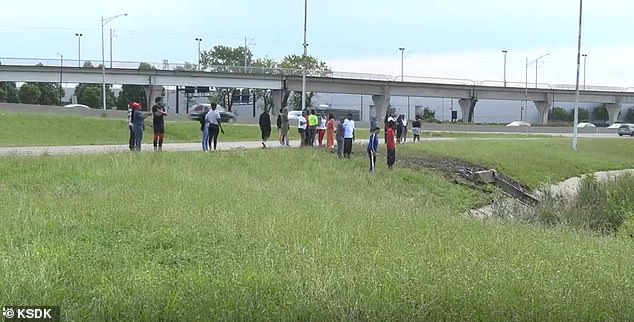 Stuck just south of the airport, Carter’s mother, brother and sister were able to escape the vehicle safely, according to authorities, but she was swept away by the currents and her body was found hours later in a nearby creek, less than a mile north of the airport

‘This vehicle attempted to go in the water and attempted a u-turn and go back up Airflight road to avoid the flooded roadway. As they turned in the water, the current swept the vehicle off the roadway and into that concrete drain opening.’

Her disappearance sparked a desperate search, with her mother, Bre Carter, asking for help on Facebook around mid morning on Saturday.

A false report that she was found alive led searchers to a terminal at the airport to find her, Fox 2 reported, but by around noon, families and authorities had found Carter’s body in Coldwater Creek, a tributary of the Missouri River just north of the airport. 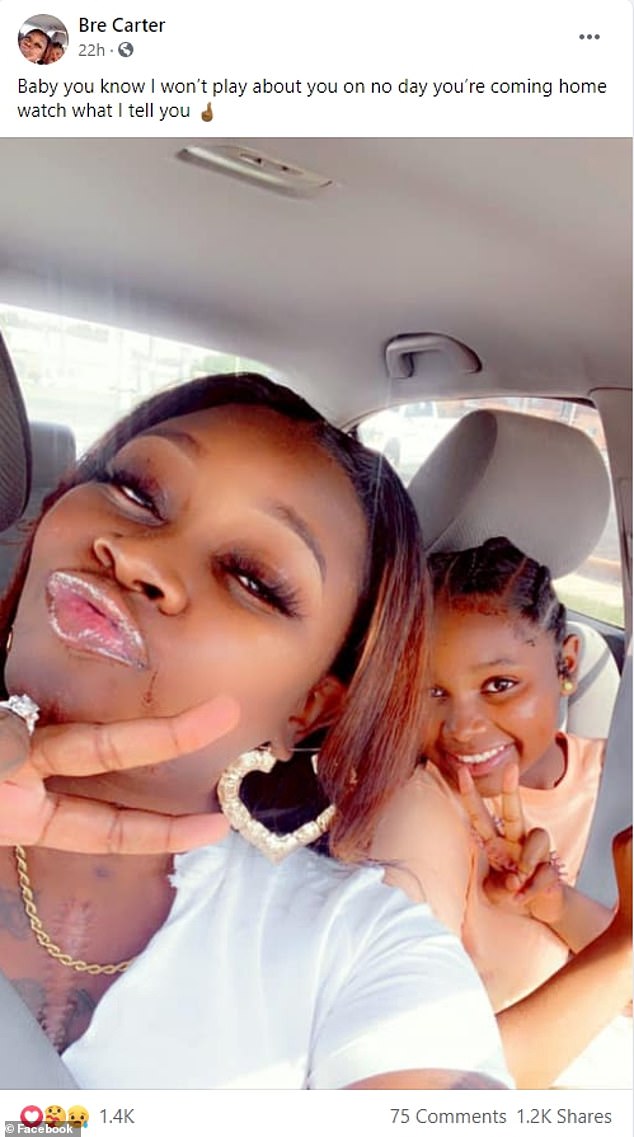 She posted photos of her and she and her daughter together, and shared her anguish 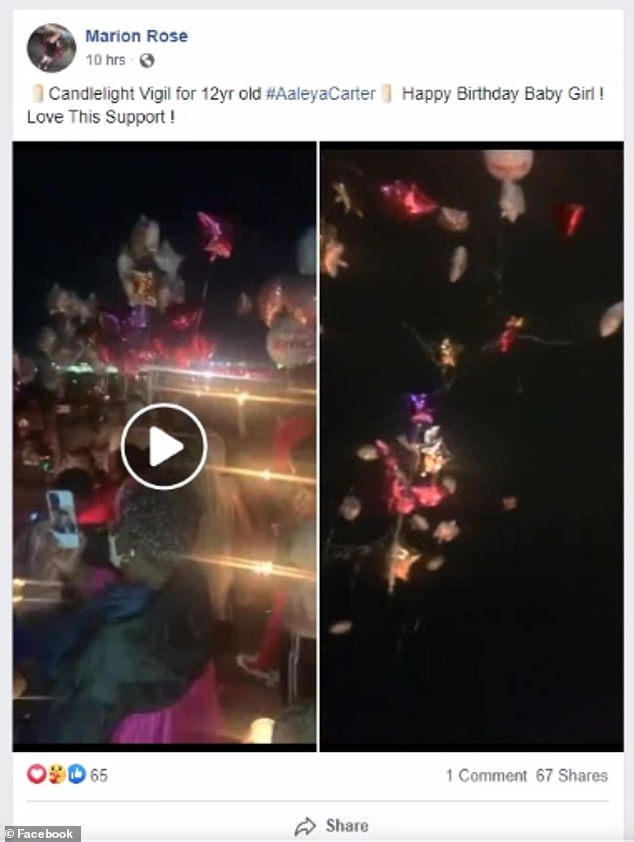 A candlelight vigil was held for Carter Saturday evening 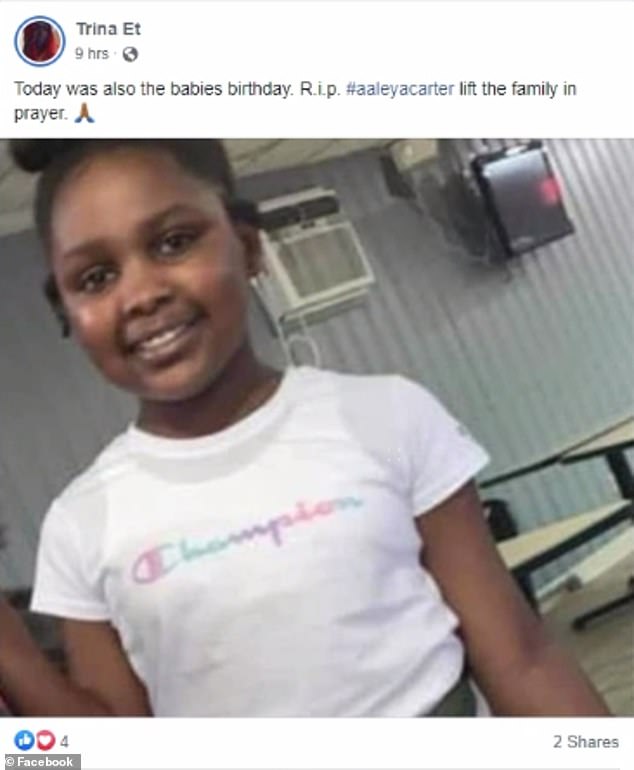 After the discovery her mother shared her anguish on Facebook, writing, ‘Baby I’m sooooo sorry I’ll give it all up to have you back.’

A candlelight vigil was held Saturday night for Carter, according to photos and video posted on social media.

Wheetley said the tragedy was a rare occurrence.

‘This was a fluke thing. This is not something we’ve seen before,’ he told Fox 2.

‘I do know that trying to navigate floodwaters is extremely dangerous. So we do want to encourage people as more rain comes in, those roadways will become flooded in areas. So stay in your vehicle at all possible.’

AOC taunts Boebert with 'conservative values' after she told government 'Leave us the hell alone!'

A PE teacher who thought he'd found love again following a brutal divorce that caused him...