Girl, 5, is ‘scarred for life’ after being hit by electric bike and dragged 50ft down the street


Girl, 5, is ‘scarred for life’ after being hit by electric bike and dragged 50ft down the street

By Liz Hull For Daily Mail

A girl of five was seriously injured and is likely to be scarred for life after she was mowed down by an electric moped.

Emily Hill needed 24 stitches to her scalp when she was dragged 50ft down the street by the ‘near silent’ dirt bike.

The 22-year-old rider, who is being investigated by police, allegedly zoomed off a footpath and collided with Emily, who was being picked up from a quiet cul-de-sac.

Doctors have warned her parents she may need cosmetic surgery – including an operation to graft hair follicles on to the side of her head.

Emily’s mother Leigh, 23, said few people realise the ‘dangerous’ vehicles – which can reach speeds of 47mph – can be operated by teenagers with just a moped licence. 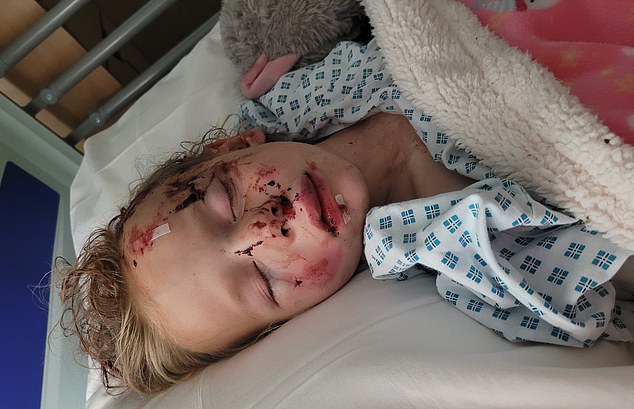 Emily Hill, 5, pictured in hospital after needing 24 stitches following being hit and dragged by an electric bike 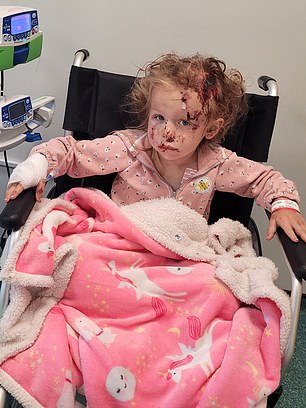 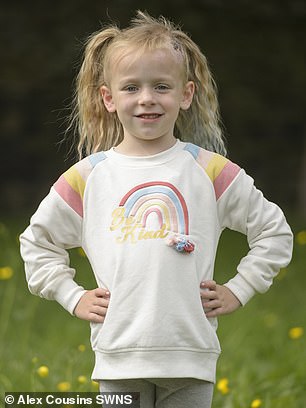 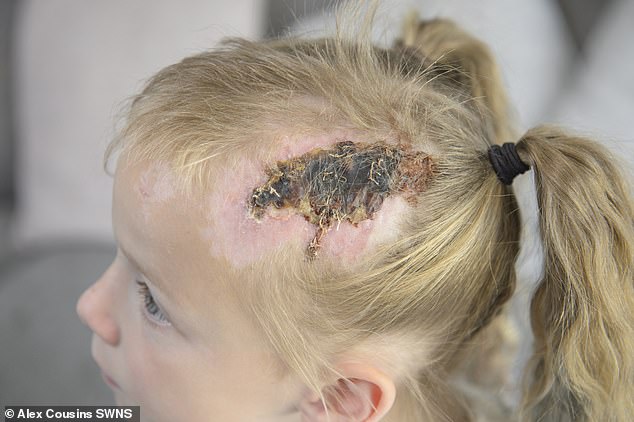 ‘We have been through weeks of hell,’ said the billing administrator from Keighley, West Yorkshire.

‘Many people think electric bikes are safe but we have learned the hardest way possible they are not.’

Emily and her brother Charlie, three, were being picked up from their aunt’s house in Keighley when the accident happened on June 11.

Emily did not hear the bike – which struck her after speeding through bollards on to the road where she was waiting for Mrs Hill and her father Sam, 27. 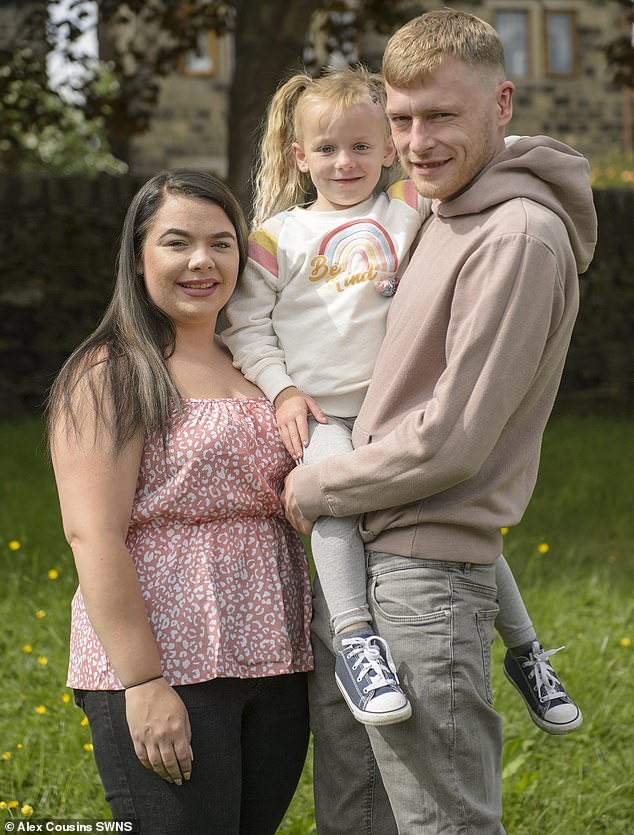 Emily with her father Sam and mother Leigh, who are sounding the alarm over the electric vehicles 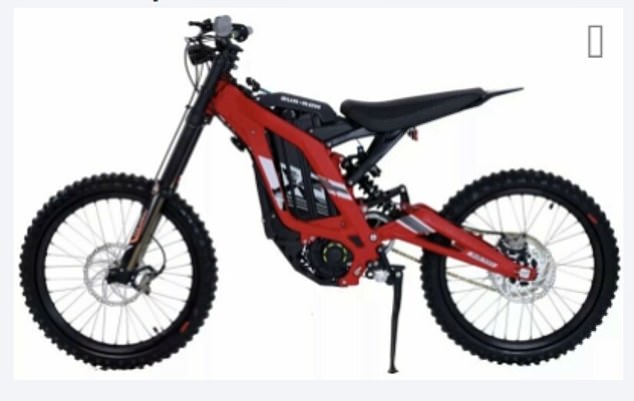 The driver was riding this £4,000 Sur-ron L1E electric bike, which can reach speeds of up to 47mph

‘I heard a massive bang and a second later saw Emily come out from under his bike a couple of car lengths down the road,’ said Mrs Hill.

‘We could see the injuries were really bad. Emily went in and out of consciousness a couple of times.

‘At one point she stopped crying and moving, then suddenly let out a big scream… I felt sick.’

Doctors stitched up Emily’s head wound at Airedale General Hospital where she spent the night before being transferred to Bradford Royal Infirmary.

She was discharged the following day.

A spokesman for West Yorkshire police said inquiries are ongoing.

Cycle lanes should be widened to accommodate the growing number of e-scooters, the head of a rental company said.

There are 32 trial areas across the country where scooters are allowed only on roads and cycle lanes.

But it has led to questions over lanes becoming too crowded if the vehicles are legalised.

‘As much space as possible should be given to e-scooters, cyclists and walkers and that means wider cycle lanes,’ Jack Samler, general manager of Voi, told The Sunday Telegraph.

Outside of trials, e-scooters can be used only on private land.

But amid a spate of dangerous riding, Lib Dem peer Baroness Ludford said they were ‘unleashing havoc’ and called for stricter rules on them.

A Department for Transport spokesman said: ‘Evidence from the trials will inform a range of questions

SSE expects the COVID-19 crisis to hit its operating profit in fiscal 2021.

Rupert Grint conjures up plans to turn barn at estate he bought for £5.8million into six new homes