Girl, 11, who was dragged underneath a LandCruiser for 173m after she was hit as she rode her bike to school will have her seventh surgery on the same day P-plate driver finally faces court

An 11-year-old girl dragged underneath a LandCruiser for more than 170m faces yet more surgery on the same day the P-plate driver of the vehicle faces court.

Sarah Degier was run down and stuck underneath the 4WD while riding her bike to school in Dalby, two-and-a-half hours west of Brisbane, on May 13.

The 18-year-old driver, from Inverell, NSW, allegedly struck the schoolgirl while exiting a carpark.

He then drove around 170m and only became aware that something was wrong when he was waved down by horrified bystanders who heard Sarah’s screams. 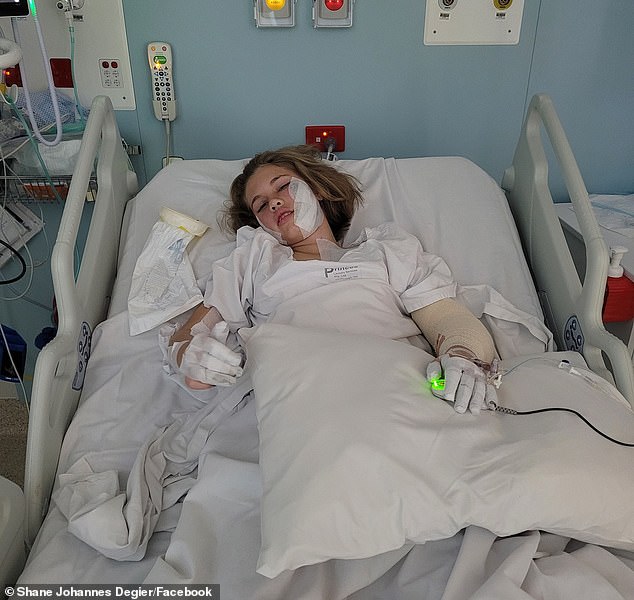 Sarah Degier suffered burns and abrasions to her palms, elbow, hips, chest and one leg after being dragged on her stomach along the bitumen in the incident 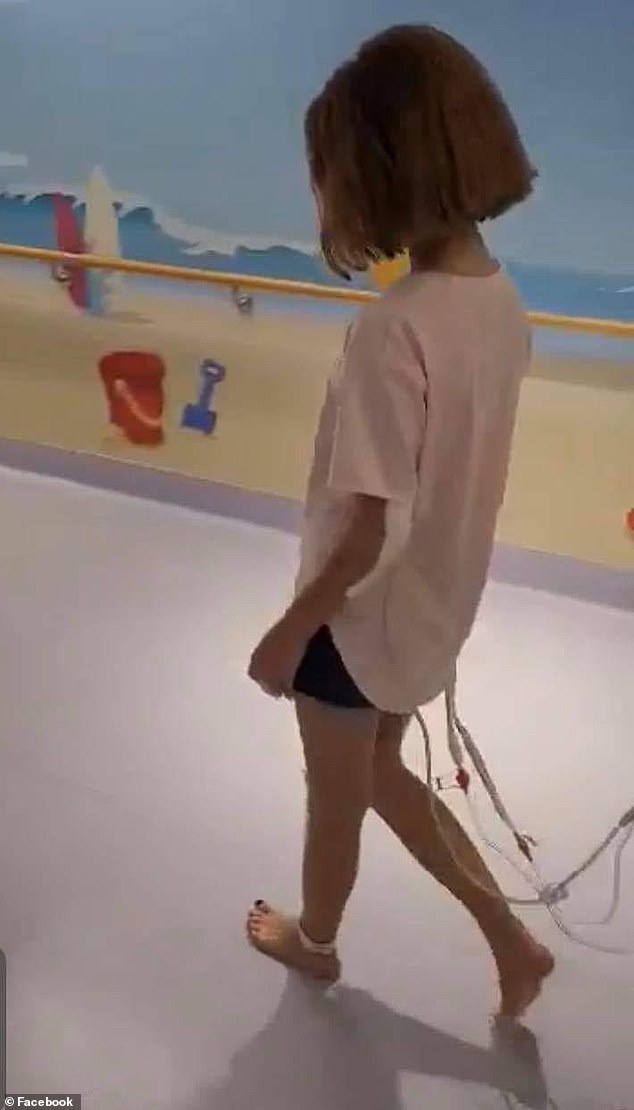 She suffered horrific burns to her palms, elbow, hips, chest and one leg after being dragged on her stomach along the bitumen in the incident.

The young driver was charged with driving without due care and attention causing grievous bodily harm. He was due to appear in Dalby Magistrates Court today.

Sarah was rushed to Dalby Hospital after the incident before being airlifted to Queensland Children’s Hospital in Brisbane, and had six surgeries.

Her father Shane told The Courier-Mail today’s surgery would be her seventh, which skin grafts to come in follow-up procedures.

‘As time has gone on she has remembered more and more (about the incident),’ Shane said.

‘From the beginning she has said she is glad it happened to her and not someone else.

‘She always tries to put a more comedic view on what happened – that’s how she has coped with it.’ 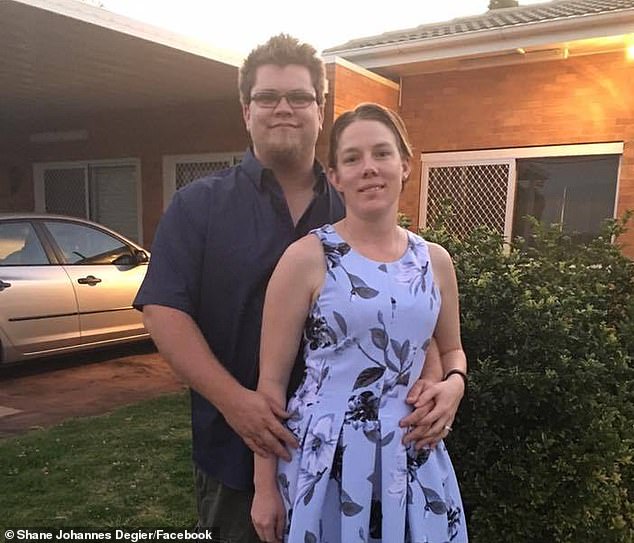 Sarah’s parents Shane and Kate. Shane had remained with his daughter in a Brisbane hospital

First responders praised Sara for her bravery at the scene, while Mr Degier said she was ‘recovering like a champion’ in a Facebook post for the fundraiser set up to support her, which raised more than $8,000.

‘She was overwhelmed yesterday after surgery when she asked “how much money have I raised?” and I let her know,’ Mr Degier wrote.

He stayed with his daughter in Brisbane while his wife Kate and son Jayden returned to work and school in Dalby.

‘She is also very cheeky and asked me to bump [up] the goal again,’ he wrote.

Corporate boards grow more diverse, but may take decades to get close to parity

Coronavirus: No-lockdown Sweden will close high schools for a month

Vaccination or termination? Why this Tennessee caregiver would rather be fired

It did not take long for Russian supporters to start whistling and booing as Belgium's players...