The Giro d’Italia was thrown into chaos on Tuesday when two full teams, another overall contender and one more elite rider withdrew from the cycling race following a series of positive tests for the coronavirus.

The Mitchelton-Scott and Jumbo-Visma teams left the race before Stage 10. 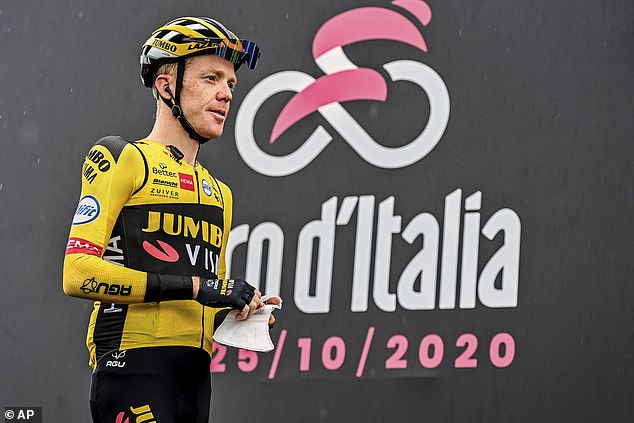 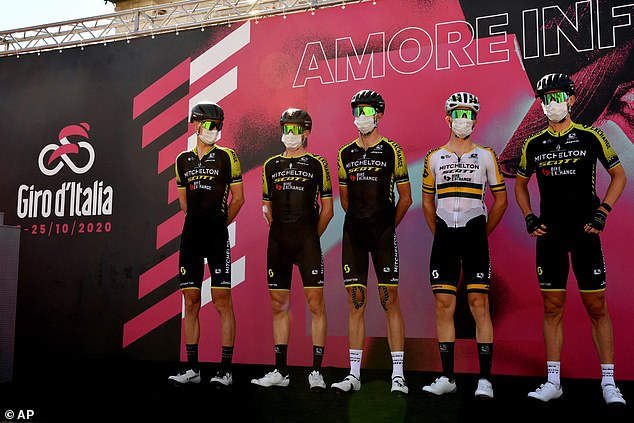 Kruijswijk and Matthews were withdrawn from the event.

‘We all have been in contact with (Kruijswijk) for the past days,’ Jumbo-Visma sports director Addy Engels told RAI state TV. ‘So the risk of passing it through to someone else has been there for several days. We are not going to keep taking the risk.’

Giro director Mauro Vegni has suggested that the race won’t have a winner if it doesn’t finish as planned in Milan on October 25. The race was already rescheduled from its usual May slot because of the coronavirus pandemic. 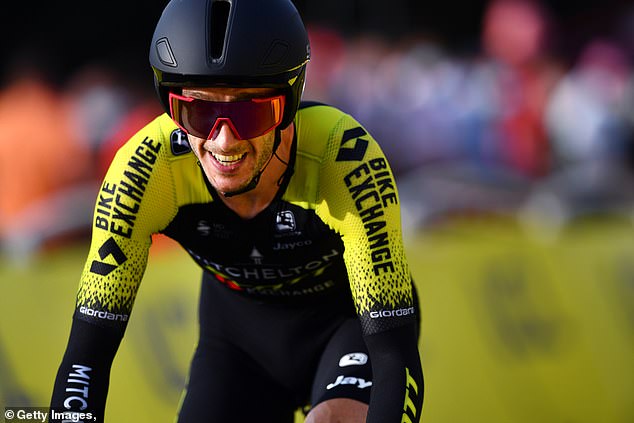 ‘This morning, all of the teams with positive cases were given new, rapid tests and we’ll do that again tomorrow,’ Vegni said. ‘We’ve performed nearly 1,500 tests and frankly it’s impossible to do more than that.

‘The goal for everyone is still to reach Milan.’

Stage 10 of the Giro was being raced in the central Abruzzo region, over a 177-kilometer (110-mile) leg from Lanciano to Tortoreto.

Mitchelton-Scott general manager Brent Copeland said the team’s positives came back after a third round of tests in three days. 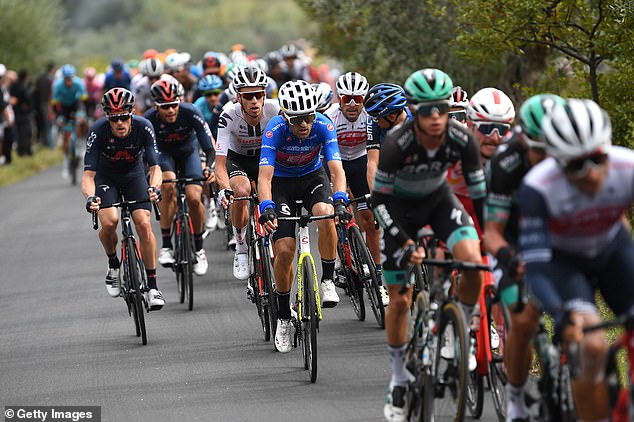 ‘As a social responsibility to our riders and staff, the peloton and the race organization we have made the clear decision to withdraw,’ Copeland said.

‘Thankfully those impacted remain asymptomatic or with mild symptoms. We are now focused on safely transporting them to areas where they are most comfortable to conduct a period of quarantine.’

‘Within the team we take a lot of measures to avoid contamination. And I just feel fit. I can’t believe I got it. It is a very big disappointment to get this news,’ Kruijswijk said. ‘It is a pity that I have to leave the Giro this way.’ 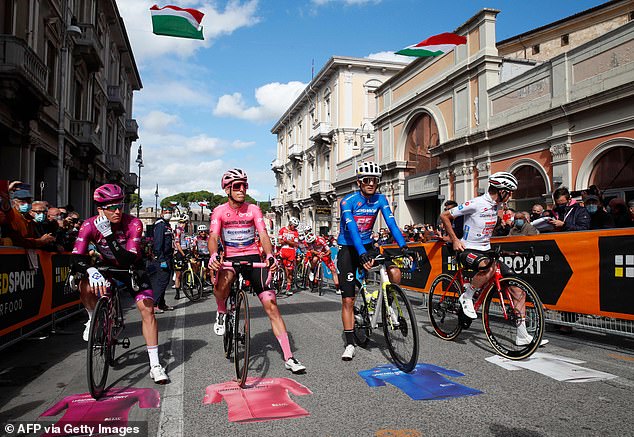 Matthews was not in overall contention – he was nearly an hour behind Almeida – but he is a punchy rider and strong sprinter who was aiming for stage victories. The Australian rider has won a total of eight stages in the three Grand Tours – the Giro (2), Tour de France (3) and Spanish Vuelta (3).

Sunweb said Matthews ‘is currently asymptomatic, feels healthy and after receiving the results early this morning, he is now in quarantine.’ The team added that all of its other riders and staff members returned negative tests.

Matthews had three top-five finishes in this year’s race, including a second-place result in Stage 6 behind Arnaud Demare.

‘Disappointed that this is the way the Giro ends for me after a fantastic first week with the team,’ Matthews wrote on Twitter. ‘For now, I’ll begin my isolation and monitor things closely. Hoping to make a full recovery and get back racing soon.’

Grade-II listed Lutyens-designed house that overlooks Durdle Door is for sale for £1.75m