Giuliani caught with ‘Borat’s daughter’ with hand down his pants

Hands down, Rudy Giuliani might star in one of the most awkward scenes in Sacha Baron Cohen’s new ‘Borat Subsequent Moviefilm,’ which will be released on Amazon Prime Friday.

The Guardian reported that Giuliani is interviewed by Borat’s ‘daughter’ Tutar, posing a conservative reporter, who then brings him to a hotel room, where he reclines on a bed and seemingly puts his hands down his pants, only to be interrupted by Cohen’s Borat character.

‘She’s 15. She’s too old for you,’ Cohen screams and waves Giuliani off his daughter, played by actress Maria Bakalova. 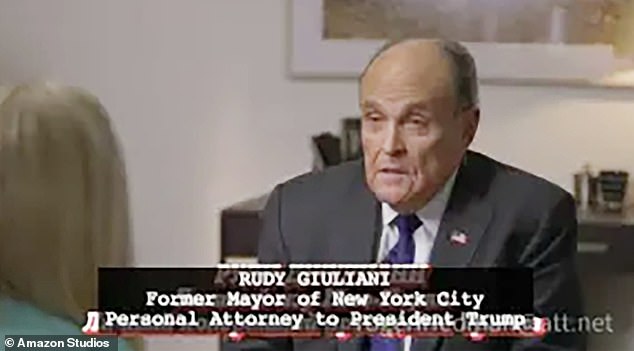 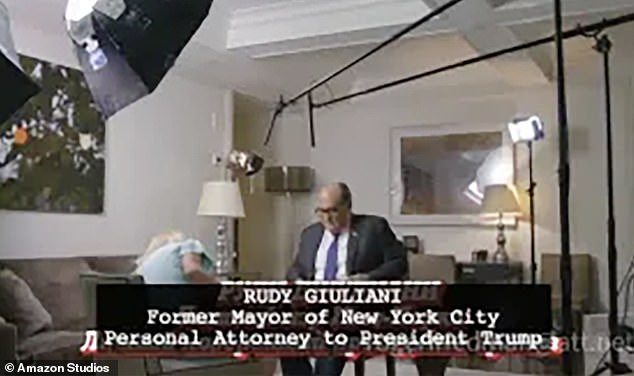 Giuliani described the situation in July, but neglected to mention he may have been caught in a compromising position.

‘This guys comes running in, wearing a crazy, what I would say a pink transgender outfit,’ President Donald Trump’s personal lawyer told Page Six at The New York Post. ‘It was a pink bikini, with lace, underneath a translucent mesh top, it looked absurd. He had a beard, bare legs, and wasn’t waht I would call distractingly attractive.’

Giuliani didn’t recognize the man as Cohen right away.

He also called the cops.

‘This person comes in yelling and screaming, and I thought this must be a scam or a shake-down, so I reported it to the police. He then ran away,’ the ex- New York City mayor said.

The incident occurred at the Mark Hotel in New York City.