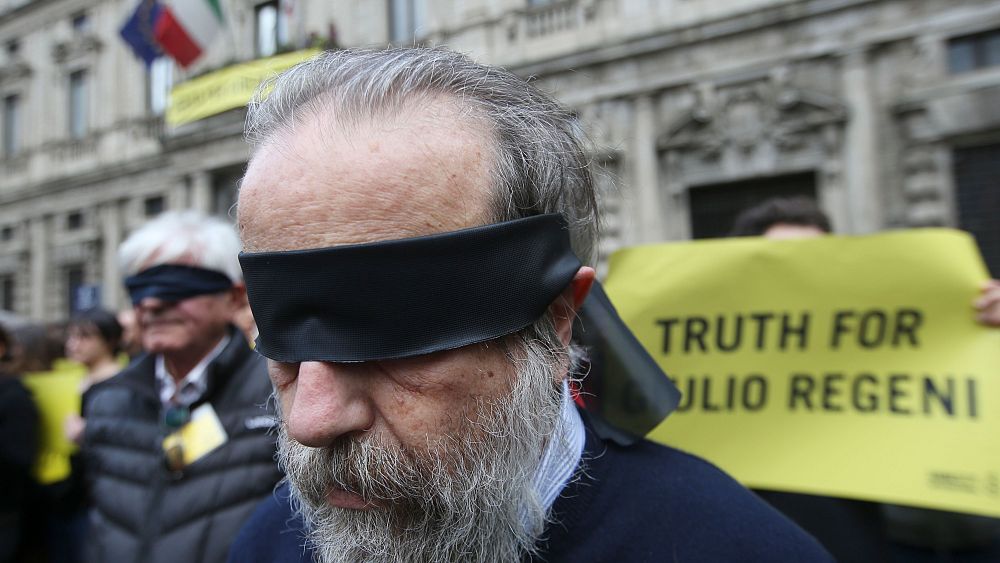 On 23 December 2020, Italy quietly delivered a warship to Egypt, a frigate built by Fincantieri.

Two weeks earlier, Egyptian President Abdul Fattah al-Sisi had received the Legion of Honour at the Elysée Palace from the hands of French President Emmanuel Macron.

Since coming to power in 2014, al-Sisi has intensified the arms trade with both countries, as well as with China.

If France is the main exporter of arms to Cairo, Italy isn’t far behind, and since the killing of Italian academic Giulio Regeni, Rome has not stopped signing contracts for military orders with Egypt.

Regeni was a 28-year-old Cambridge University doctoral student, who went missing in Cairo in January 2016. His mutilated body was found days later in the city’s suburbs, and a post-mortem examination showed he had been tortured.

Four men, including a general and major within Egypt’s National Security Agency, are suspected of kidnapping, grievous bodily harm, and conspiracy to commit murder, Rome has stated.

But despite ongoing diplomatic tensions over his killing, Italy is set to deliver another frigate to Egypt, along with dozens of Eurofighter fighter-bombers, patrol boats, rocket launchers and military helicopters.

Egypt, in whose prisons Bologna University student Patrick Zaki is currently languishing without due process, is the world’s third-largest arms importer, according to Stockholm International Peace Research Institute (SIPRI).

It is also involved in the wars in Libya and Yemen, and also in a sort of “cold war” with Ethiopia.

The Regeni complaint against Italy

After the transfer of the first frigate to Egypt, the Regeni family filed a complaint with the public prosecutor’s office, accusing the government of violating a provision of Italian law governing the transfer of armaments.

A few days ago, as the fifth anniversary of Giulio’s disappearance approached, the Rome Public Prosecutor’s Office filed a request for the committal for trial of the four Egyptian spies accused of kidnapping, torturing and killing the Italian researcher.

Although international law recognises that it is in the interests of all states to export and import arms, especially to exercise their right to self-defence, there are certain circumstances in which the transfer of arms between states must be blocked.

Otherwise, rules are violated, explains Riccardo Labianco, a researcher at SOAS in London who works on the responsibility of arms exporting states in international law.

“Exporting states must not send arms to countries subject to UN embargoes, or those of other international organisations, and must not deliver arms to states suspected or fully responsible for violations of human rights and international humanitarian law,” Labianco tells Euronews.

Not only that, but “the arms transferred must not arrive in situations of armed conflict, regional tension, or in situations where they could be transferred to terrorist groups, and the purchase of arms by the importing country must not be made with economic resources that could be spent alternatively on improving the economic and social conditions of the inhabitants of the importing countries,” he adds.

The complaint by Giulio Regeni’s parents is based on the violation of a law in Italy, passed in 1990, which states the country cannot authorise exports to countries “whose governments are responsible for serious violations of international human rights conventions, ascertained by the competent bodies of the United Nations, the EU or the Council of Europe”.

Although there has been no official pronouncement by the Security Council or the UN General Assembly against Egypt, according to Labianco, “among the bodies that can meet this requirement are committees of independent experts set up to monitor the application of core human rights treaties”.

The latter have repeatedly pointed out that the Egyptian government is responsible for systematic violations of the categorical prohibition of torture, other inhuman treatment, prolonged detention without trial, and excessive use of force by police and military against civilians.

The same law prohibits transfers in violation of embargoes, including those imposed by the European Union, and prohibits the export of arms to countries involved in armed conflict.

And this is not just about the war in Libya. Labianco points out that “it is not possible to exclude a priori that the Italian frigate to Egypt will not fuel tensions” in both the Mediterranean and the Red Sea.

Prosecutors in Rome are now studying the complaint made by Regeni’s parents.

President of the Chamber of Deputies, Roberto Fico, said on Monday that Italy’s sale of arms to Egypt “was an image we did not want to see…as for the violation of the law, it will be up to the judiciary to evaluate. Personally, however, I would be for a revision of the law, inserting more rigid limits.”