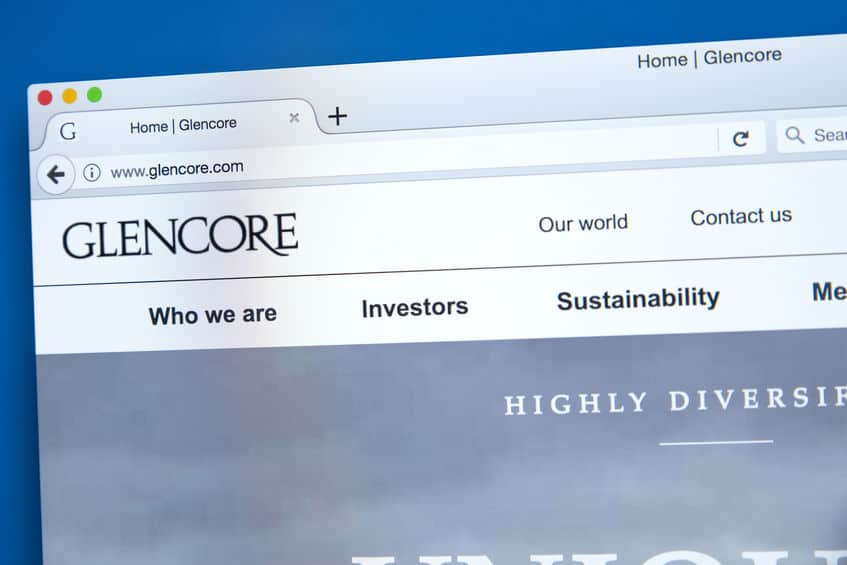 
Glencore plc (LON: GLEN) said on Tuesday that it returned to profit in H2 of fiscal 2020. The company, however, concluded the financial year in loss due to the ongoing COVID-19 crisis, but still resumed dividend payments for 2021 on the back of hawkish performance in the second half.

Glencore shares were reported about 3% up in premarket trading on Tuesday. The stock jumped more than 0.5% on market open but lost over 1% in the next hour. Including the price action, the stock is now trading at a per-share price of £2.89. In comparison, it had plummeted to as low as £1.12 per share in the last week of March 2020 when the impact of the Coronavirus pandemic was at its peak.

Glencore’s net profit comes in at £500 million in H2


Glencore reported £1.36 billion of net loss in 2020 versus the year-ago figure of a significantly lower £290 million. FactSet Consensus for the Anglo-Swiss multinational’s loss in the recently concluded year stood at a much lower £1.24 billion.

In the fiscal second half, the mining firm said that its net profit stood at £500.54 million. In comparison, it had recorded a sharply higher £1.87 billion of loss in H1. On Tuesday, Glencore recommended 8.62 pence per share of dividend in 2021.

Glencore’s financial report comes a day after its peer, BHP Group, said its profit came in 16% higher in the fiscal first half.

Last summer, Glencore suspended dividend payments for 2020 in a bid to slash its net debt to under £11.50 billion. As of 31st December, the Baar-headquartered company values its net debt at £11.38 billion.

CEO Ivan Glasenberg commented on the financial update on Tuesday and said:

“The COVID-19 pandemic is an extraordinary challenge that continues to impact many aspects of day-to-day life. Against this backdrop, the strength of our 2020 underlying performance is a credit to our highly skilled and dedicated employees, and also reflects our unique business model and ability to quickly adapt to changing market conditions and customer needs.”

In an announcement earlier in February, Glencore named Cynthia Carroll (former Anglo-American chief) to its board.

Glencore performed slightly downbeat in the stock market last year with an annual decline of close to 3%. At the time of writing, the Anglo-Swiss multinational commodity trading and mining company has a market cap of £38.55 billion.

HALF of pubs did not enforce basic Covid safeguards last summer