Global health: 230 vaccines for Corona are under development, of which 60 are in clinical trials 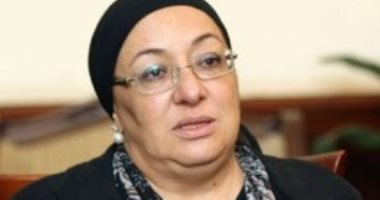 Maha Rabat, former Minister of Health, and Special Envoy of the Director-General of the World Health Organization to confront Corona, said that the epidemiological situation regarding Coronavirus is changing globally.

And she continued, that there are 230 vaccines under development in the current stage in the world, of which 60 are under clinical trials on humans, and 16 are in the third phase of trials, confirming that there are several procedures and mechanisms that are followed to approve any vaccine for the Corona virus.

Maha Al-Rabat added, in a phone call to the “Al-Hayat Al-Youm” program presented by journalist Mohamed Mostafa Shrady, on Al-Hayat Channel, that the numbers announced by the Ministry of Health for Corona injuries are the numbers registered in government hospitals only. He continued: “We cannot speculate on the seriousness of the second wave Of the kurna virus, or described as more deadly than the first. “

The Washington Post: Trump and Kouchner are intensifying contacts with their allies in Congress to prevent the impeachment process