Global health: one million 798 thousand deaths and 81 million and 475 thousand cases of corona in 2020 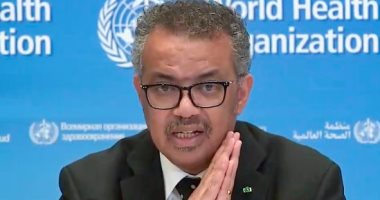 The World Health Organization said that the total number of new infections with the Corona virus for the year 2020 reached 81 million and 475 thousand and 53 people, and the organization added – in a statement reported by the “Russia Today” news channel, today, Friday, that the total number of deaths reached one million 798 thousand and 50 people, Noting that the largest number of infections was recorded in the Americas, followed, respectively, by Europe, Southeast Asia, then the Middle East, Africa, and finally the countries of the Western Pacific.

The World Health Organization pointed out that the United States of America was at the forefront of the countries that recorded the highest rate of infection with the “Corona” virus, followed by India, Brazil, then Russia, France, the United Kingdom, Italy, Spain, Germany, Colombia, Argentina and finally Mexico.