Global Health warns of what is “worse” than Corona 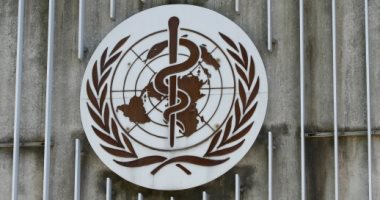 The World Health Organization has warned that despite the severity of the Covid-19 pandemic, which has caused more than 1.7 million deaths and tens of millions of injuries within a year, it is urgent to prepare for the “worst”.
“France 24” satellite channel, Monday evening, quoted Michael Ryan, director of the emergency program at the World Health Organization, during the last press conference this year for the organization, which stands at the front line in combating the worst pandemic the world has witnessed in a hundred years, as saying, “It is a wake-up call.” Ryan, who in his professional life faced the most dangerous diseases in the field, “This pandemic is extremely severe and has rapidly spread throughout the world and has reached all corners of the planet, but it is not necessarily the worst.”
The director of the emergency program in the organization admitted that the virus “spreads very easily and fatal to humans,” but stressed that “the death rate is relatively low compared to other new diseases,” and stressed the need for “preparing in the future for what might be worse.”
His colleague Bruce Aylward, a WHO consultant agreed, who considered that despite the achievements made in combating Covid-19, including the production of effective vaccines in record time, the world is still far from being prepared to combat future pandemics.
“We are in the second and third wave of this virus and we are still not ready and unable to manage it,” Aylward said at the press conference.
He stressed that “although we are more prepared, we are not fully prepared for the current pandemic, and we are less prepared for the next one.”
For his part, WHO Director-General Tedros Adhanom Ghebreyesus preferred to see the positive side of things.
Tedros said, “On the level of perception, I think we are ready,” stressing that the time has come “to take things very seriously,” adding that matters require “greater ambition.”