Globalization goes into a tailspin | Economy 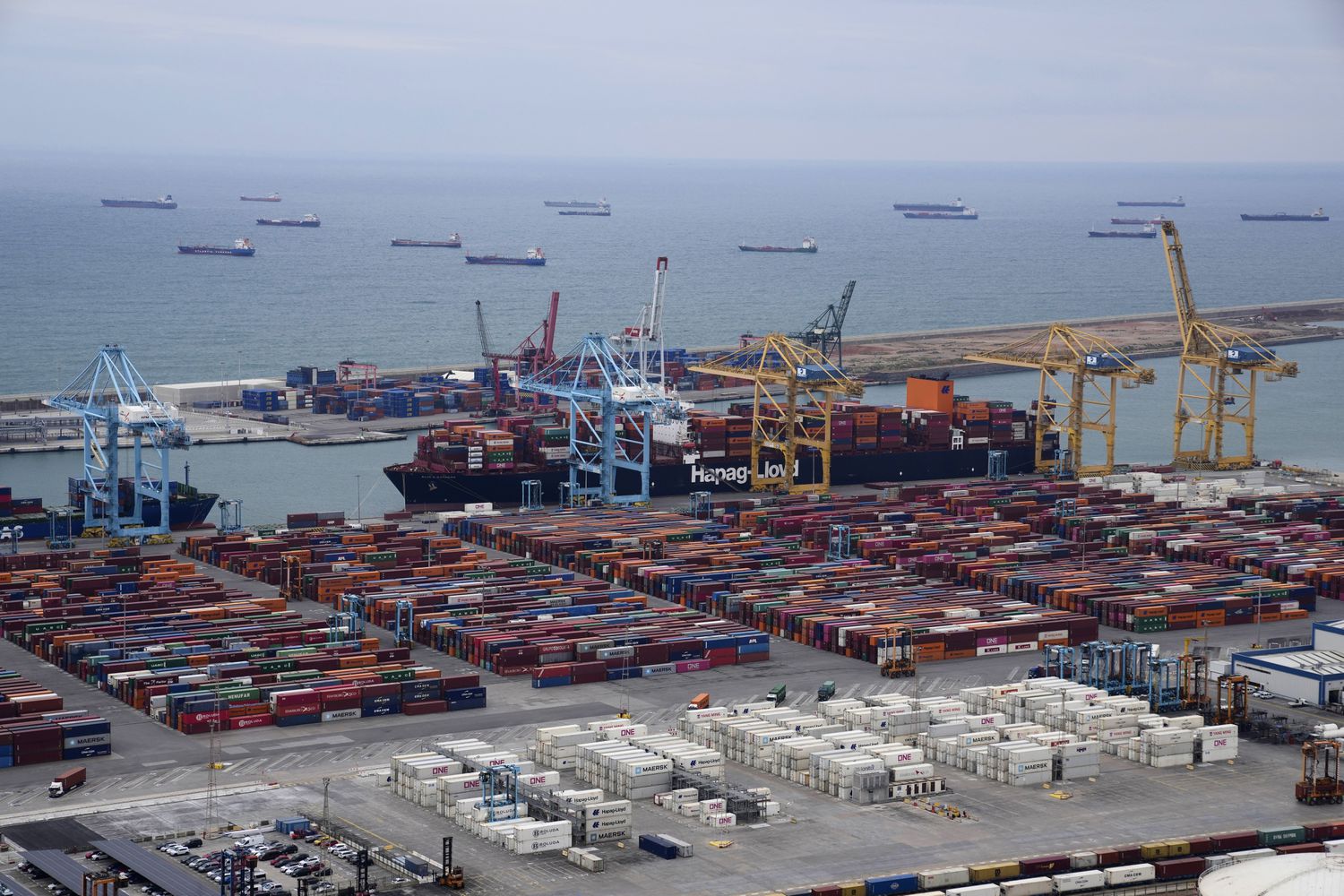 Unlike what happens with a pandemic, wars cause structural changes in the global economy and the Russian invasion of Ukraine is not going to be an exception, as Enrique Feás, a researcher at the Elcano Royal Institute, points out. It happened with the First World War, which put a stop to the first wave of globalization, and it also happened with the Second, which led, on the one hand, to the Cold War and, on the other, led to the establishment of institutions to facilitate global governance. Now, the conflict has exacerbated changes that had been taking place for years and has rewritten decades of geopolitical order and multilateral cooperation.

“For lack of a better word, deglobalization has unleashed a shock political and economic mass in Europe, although not only here. What awaits us when the shockhow will the next normal, remains to be seen, but there are obvious drastic changes, ”Erik Nielsen, economic adviser at Unicredit, stresses by email. In the last few years alone, globalization has been hit by the consequences of the 2008 financial crisis, the trade war unleashed between the United States and China, the coronavirus pandemic and, now, the war in Ukraine. Each of these episodes has been clawing space for free trade and the free movement of goods and people, and today we are inevitably moving towards a more fragmented and compartmentalized model than the one that the authorities have promoted in decades.

The chief economist of the Organization for Economic Cooperation and Development (OECD), Laurence Boone, already warned at the end of March that “this war has set in motion deglobalizing forces that could have profound and unpredictable effects.” For now, ING economists anticipate that world trade will collapse this year and that trade flows will be severely readjusted in search of greater self-sufficiency, a dynamic that began with the pandemic.

For Nobel laureate Paul Krugman there may be adverse effects: “Although globalization as we knew it had negative aspects, the consequences will be even worse if, as many others and I myself fear, we witness a significant decline in world trade.” Miguel Sebastián, professor of Economic Analysis at the Complutense University, disagrees. “I don’t think a drop in world trade is in itself a sign of deglobalization. I do see this phenomenon in two areas: on the one hand, the impact that the carbon footprint is going to have, which is going to prioritize local production to reduce the penalty for transport emissions, and, on the other, the security of supply , which is going to put an end to David Ricardo’s competitive theory whereby each country specializes in certain areas and is going to bring back production that had been outsourced to third countries”, he stresses.

But the impact of security on trade relations goes far beyond the supply chains that Sebastián alludes to, even though they are one of the main affected, especially after the pandemic. It was the former US president, Donald Trump, who used the security argument in his trade and technology war with China, a postulate now assumed by the entire Western world in the development, for example, of 5G. The conflict in Ukraine has opened another angle in the field of security: that the supply comes from reliable partners with whom values ​​are shared.

In fact, the war has served as a wake-up call for those countries that were reluctant to cut ties with authoritarian regimes. Since the end of the Second World War, the theory of international relations has been based on deepening economic interdependence as a way to avoid armed conflict. It is what the Germans callchange through trade”, change through trade, from the conviction that the authoritarian policies of countries like China or Russia would be transformed into a freer, more open and democratic system through closer economic ties. This explains, to a large extent, why the leading European economy has ended up depending for most of its energy supply on Russia. Whatever happens in Ukraine already, Moscow has ceased to be a reliable partner for Europe and the rest of the Western world and the decision to progressively reduce energy purchases from Russia will not change. In addition, and back to security, once large companies such as BP or Shell have announced their intention to withdraw from the Russian market assuming billions in losses, it is not easy for investors to bet on the country again in the medium term. In the words of Erik Nielsen, “Russia is going to remain a pariah state for at least the next decade, and that is going to mean that a good part of the commercial, financial and all kinds of sanctions are going to be maintained.”

However, the biggest change that the invasion of Ukraine has brought about has been the one that affects the financial system, the sector that has benefited most from globalization. “The exclusion of several Russian banks from the Swift interbank messaging system and from payment processing through the clearing house has led China to speed up its alternative to try to reduce its vulnerability,” says Feás. “The same thing happens with foreign currency reserves and the use of alternative currencies to the dollar to progressively delink from the greenback,” she insists. “It is not something that will happen overnight, because to become a reserve asset, the currency must be fully convertible, the country must be politically and institutionally stable, and the independence of the central bank must be guaranteed. But the road has already started. China’s central bank has started promoting swaps of foreign exchange with other central banks and to try to get foreign companies and governments to issue securities in the Chinese markets to gain liquidity and depth”, says Feás.

This new scenario profoundly affects international relations. The institutions that emerged after the Second World War, such as the International Monetary Fund (IMF), have not been able to adapt to the change experienced by the global economy and politics in recent years. The consensus to reform the World Trade Organization (WTO), which Trump had already pointed out, is today literally impossible. And the future of forums that had emerged more recently, such as the G-20, and which allowed global coordination in the midst of a financial crisis, is seriously in danger, as recently pointed out by the founder of the Eurasia consultancy, Ian Bremmer, in the weekly note of the.

“The Russian invasion of Ukraine puts an end to globalization,” said Larry Fink, chairman of the world’s largest investment fund, BlackRock, in his annual letter to shareholders. The experts do not dare to go that far, but they do believe that there will be a “next normality” different from that of recent years.

This is your last chance to request a third stimulus check

NBA: LeBron James’ phrase about his future with Stephen Curry that shakes the NBA

NBA: LeBron James' phrase about his future with Stephen Curry that shakes the NBA