A Good Morning Britain cancel culture debate was shut down after a guest defended Prime Minister Boris Johnson saying women in burkas looked like letterboxes – before calling its male meteorologist ‘the weathergirl’.

The early morning news programme – today helmed by Kate Garraway and Ben Shephard – had been featuring a debate between contributors Leo Kearse and Dr Shola Mos-Shogbamimu.

But the discussion descended into furious shouting and recriminations as it turned to a remark made by the under fire Prime Minister.

It referenced a newspaper piece written by Mr Johnson in 2018 where he said burkas made women look like ‘bank robbers’ or ‘letterboxes’.

As the shouting continued Kate was forced to interrupt them to end the segment to go to a pre-scheduled advertising break.

Mr Kearse – a comedian – pointed out white men with rosy cheeks were called gammons during the noisy chat.

Then he added: ‘Boris Johnson said he thought that women in burkas look like letterboxes.

‘I think cancel culture is poisonous and it’s changing our culture.’ 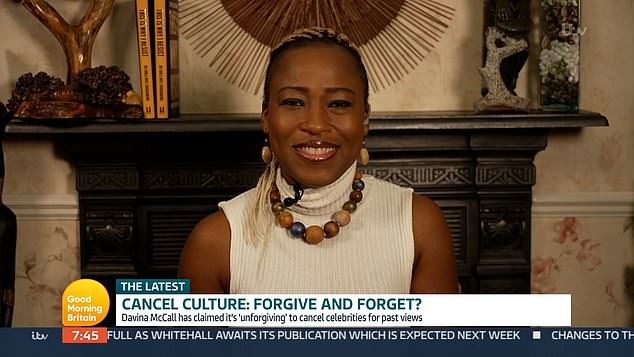 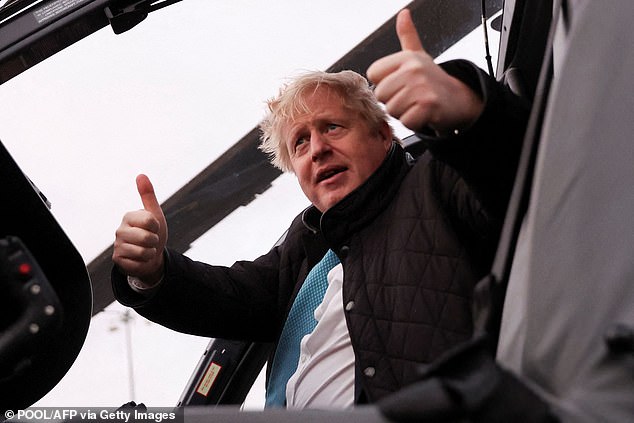 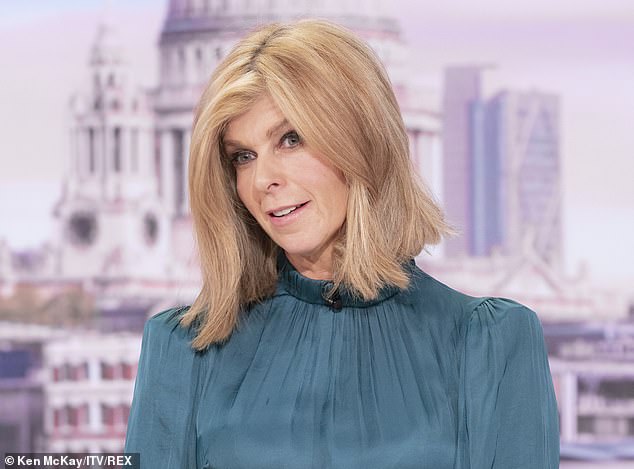 Dr. Shola, who has her PhD in law, then responded: ‘Your words are utterly reprehensible that you have that audacity to reinforce the ugly words said by Boris Johnson. Acting like the lives of those Muslim women are less important than a privileged man.

‘They were abused on the street, they were attacked, their ordinary lives were negatively impacted.

‘And you sit there with the audacity to think it’s OK to justify it and that is why you are part of the problem.’

Leo replied: ‘Why is Boris Johnson’s comment racist and calling someone a gammon isn’t? I don’t believe that Britain is the cesspool of racism and hatred that you paint it as.’ 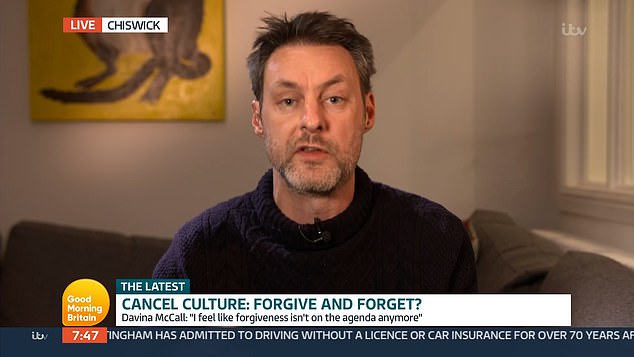 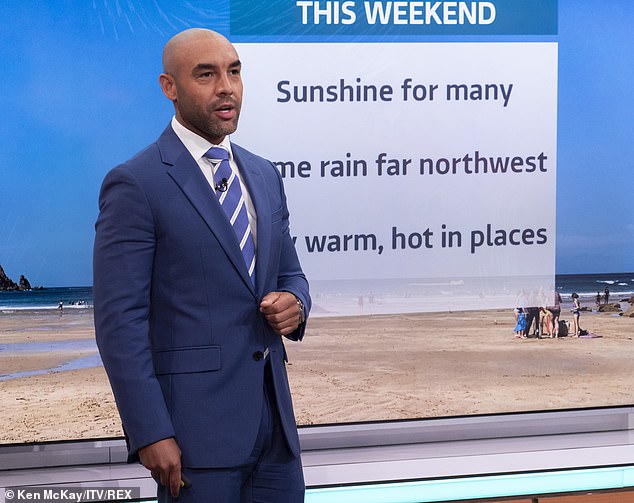 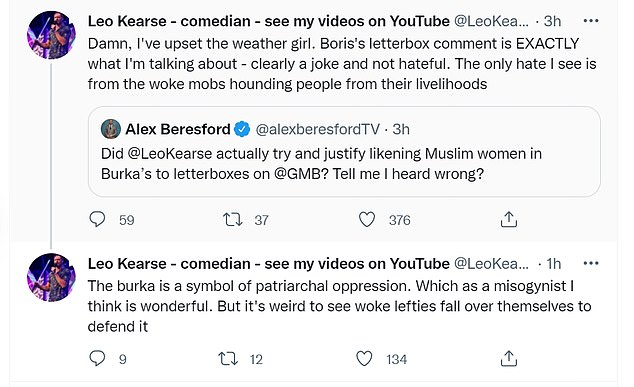 It was then Kate and Ben said they had to go to an ad break, ending the row.

He wrote: ‘Did @LeoKearse actually try and justify likening Muslim women in Burka’s to letterboxes on @GMB? Tell me I heard wrong?’

Mr Kearse seemed unmoved, telling him: ‘Damn, I’ve upset the weather girl. Boris’s letterbox comment is EXACTLY what I’m talking about – clearly a joke and not hateful. The only hate I see is from the woke mobs hounding people from their livelihoods.’

Reaction to the debate and the points raised were mixed with some coming down on either sides of the argument.

‘Indeed he repeated it and noted that women in burkas ‘do look a bit like letterboxes’. I would say his career is over but I’m not sure if he had one.’

But another seemed to feel he had been unfairly treated, opining: ‘Why is it when Dr Shola is interviewed she always hijacks the debate and doesn’t let anybody get a word in? When they do reply she just talks over them and nobody stops her?’

In 2019 on ITV’s This Morning Mr Johnson was pressed on his letterbox remarks.

He said: ‘I’ve already said sorry for any offence I have caused and I’ll say it again, but let me be very clear that I don’t set out to cause offence in what I’ve written.’