Goal Morning.. Burruchaga snatches the 86th World Cup for Argentina from Germany with a surprising goal 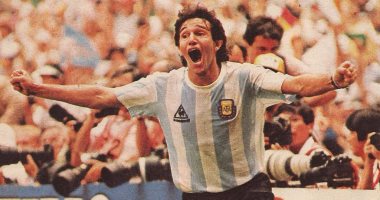 In front of a huge crowd of 114,600 fans, the Argentine national team, led by the legend Diego Armando Maradona, played with his German counterpart in the 1986 World Cup Final in Mexico, and the match was held at the ancient “Azteca” stadium.

The Argentine team managed to score two goals through Jose Luis Brown and Jose Valdano, but the Germans responded with two goals through Karl-Heinz Rummenigge and Rudi Voller, so the result became a 2-2 tie before the end of the match with only 9 minutes.

3 minutes after Rudi Voller’s equalizing goal for Germany, Maradona sent a magical pass deep into the field, with Jorge Burruchaga taking it very quickly and penetrating the machine penalty area, scoring the match-winning goal and the World Cup title in the net of goalkeeper Tony Schumacher.

Know the right skincare routine before and after exercising