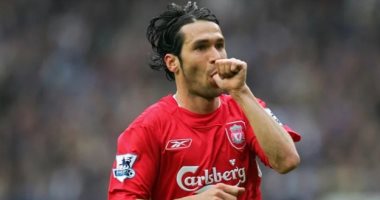 Spanish star Luis Garcia scored a fantastic goal for his English team, Liverpool, against Juventus, during the two teams’ match in the Champions League quarter-final first leg of the 2005 season, which was held between them at “Anfield”.

Juventus was ahead with a goal scored by Sami Hypia in the tenth minute, but the 25th minute witnessed the Reds scoring the second goal with a fantastic missile shot from Luis Garcia, who took advantage of the rebound of the ball from the defense to launch a resounding missile into the spider web Gianluigi Buffon.